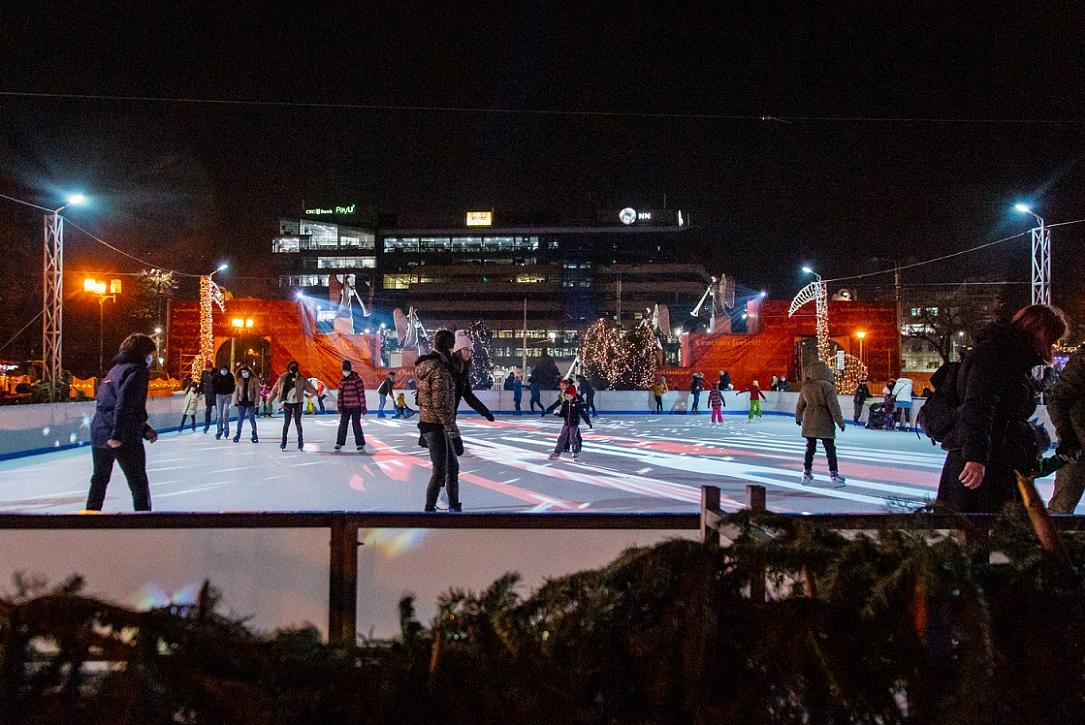 The ice skating rink in front of the Bucharest Opera, opened last month as part of a Christmas market, remains open throughout January.

The Classical Christmas Market, which closed at the end of December, attracted more than 200,000 visitors from Bucharest and from the country, the organizers of the event said.

The market featured carol concerts from the choirs that are part of the Cantus Mundi National Program, and recordings of Madrigal - Marin Constantin Chamber Choir and artists of the Bucharest National Opera and Children’s Opera.

The event was organized by the Bucharest National Opera and Madrigal - Marin Constantin Chamber Choir, alongside the Cantus Mundi National Program.