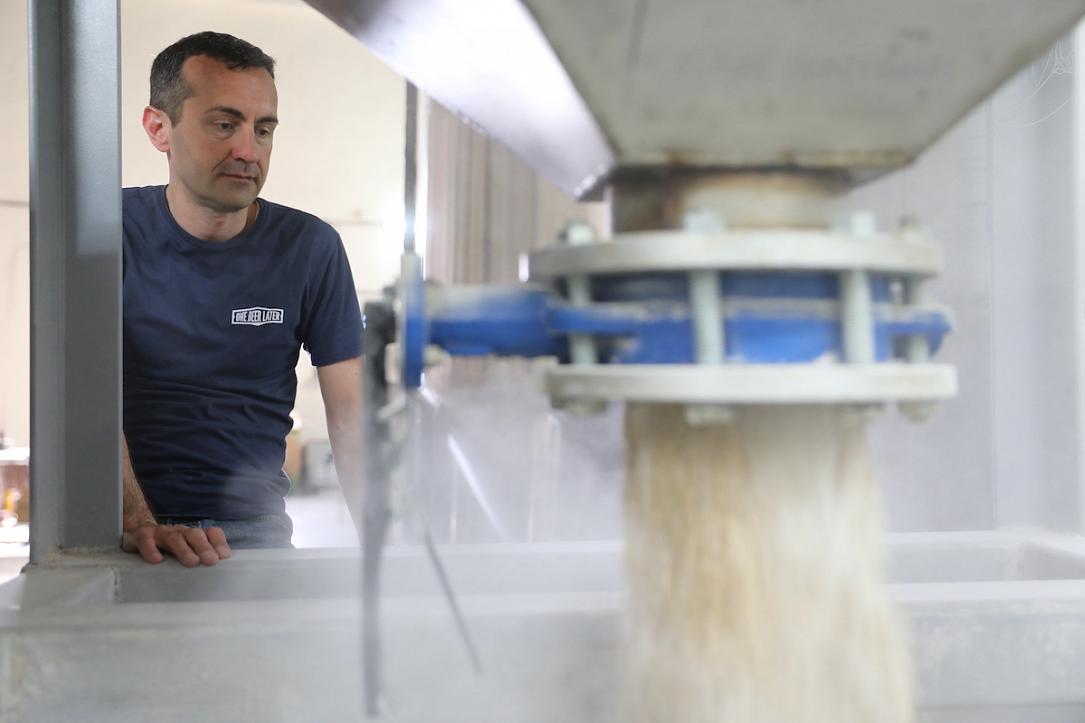 Frenchman François-Xavier D'Hollander decided to turn his home brewing hobby into a business and start a craft brewery in Romania. An entrepreneurial story that was simply put into the brand's name: One Beer Later.

"My business partner Ionut Stoian has enjoyed the beers I was brewing at home. We've discovered that our friends like them too. So one day, after enjoying a beer, we decided to start our own craft brewery. How many people found a brilliant idea one beer later?" - François-Xavier D'Hollander, co-founder One Beer Later. 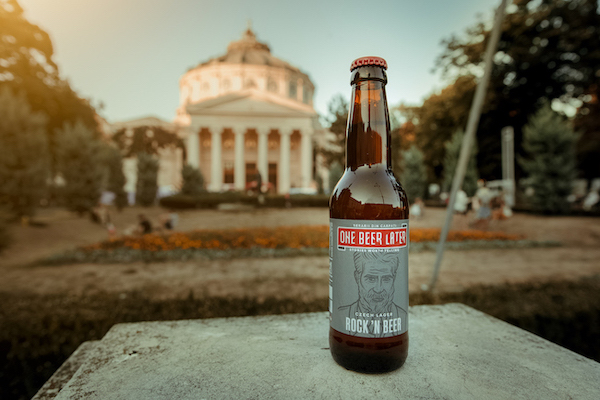 François-Xavier D'Hollander, 45, was born in northern France, where brewing beer is a tradition. Plus, his great-grandfather was also a brewer. Thus, in a rather natural order of things, home brewing also became his hobby and, later on, his small business in Romania. ___STEADY_PAYWALL___

But brewing beer has been more than a relaxing activity for François-Xavier. A graduate of the brewing engineering school, he has 15 years of experience in the beer industry. He even managed a major malting factory in Buzău, Romania, for almost six years - a time he had also used to discover the country and the people.

"In 2007, I came to Romania for a holiday. I've been impressed by the landscapes, the wilderness, the food, and the traditions. In 2008, my employer offered me a job in Buzău to build a malting factory. It was a greenfield project, and I also had to manage this company. That's also when I started to discover Romania. I've travelled to most of the regions, and it was a real and quite deep discovery of six years. At work, I had a very good team; with the time passing, we became more than colleagues," François-Xavier D'Hollander told Romania-insider.com.

He left Romania in 2014, but he remained connected to his Romanian life. He returned to the country in the following years, visiting friends and enjoying his other big hobby - enduro.

So, when he decided to follow his dream and start a craft brewery, Buzău was the obvious choice. Not only because he already knew the area, the local suppliers and the local administrations, but also because Buzău is close to Bucharest. Plus, the malt is produced in Buzău, and the water's quality is just perfect for their beers.

"In 2016, I was in France, and I was unhappy with my new job. When speaking to my former colleagues in Romania, they advised me to come back to Romania to start a craft brewery; they knew it was my dream job. Initially, I didn't consider this idea very seriously. Later I saw that the craft beer revolution was started in Romania. So I came to Romania to check the feasibility. Six days and a few beers later, One Beer Later was created! Six weeks later, I was back in Romania. Six months later, the construction of the brewery was finalised," François-Xavier recalled.

He partnered with Romanian Ionuţ Stoian for this project - a fellow enduro biker and a fan of the beer François-Xavier was brewing at home. And, as most good stories start with a beer, so did the story of One Beer Later.

"My business partner Ionuţ Stoian has enjoyed the beers I was brewing at home. We've discovered that our friends like them too. So one day, after enjoying a beer, we decided to start our own craft brewery. How many people found a brilliant idea one beer later? One Beer Later has been named from this observation. "One Beer Later" is also a sort of "Once upon a time" in our brewery, it's the start of our story," co-founder François-Xavier D'Hollander explained.

Once they decided to enter the world of entrepreneurship, things just moved forward from there, even if it wasn't always easy. And, for François-Xavier, quite different from how things would have been done in France.

"The investment was all about the tools to produce a good beer and to respect the regulation. We have bought the pieces one by one to build the vessels of our brewhouse, the fermenters, the bottling line, the cleaning devices, the storage, the office, and other facilities. Even though we rent this place, we were obliged at our cost to renovate the building, the sewage, to build a gas supply... We didn't receive any grants because they are not available for the breweries. The banks didn't help us because they asked for a track record, they finance the companies which have already passed their break-even. In comparison, it's very different from what I know in France. In Romania, most craft breweries can rely only on their founders' money," François-Xavier D'Hollander said.

On the other hand, although craft beer has become a more popular option for Romanians, there is still room for growth in this market in Romania, which would translate into better chances for new players.

Today, a wide range of excellent craft beers are sold under the One Beer Later brand. But the offer is more varied, also including a craft tonic water under licence (Lahhentagge Spruce tonic) and a craft cola marketed under the Magma Cola brand. And more options are yet to come.

François-Xavier D'Hollander detailed their plans: "In October, we will start a new range of beers named "OBL Lab." We intend to brew new and experimental beers, they will have a number. The OBL Lab No. 1 will be our first New England IPA. For Christmas, we will have some Imperial Stout and Barleywine aged in wood barrels. Our best selling aged beers are made from oak barrels of Bourbon, French Cognac, and also wine barrels like French Rivesaltes and Italian Amarone. For 2022, we will brew some new OBL Lab beers and probably a new soda. We usually spend the wintertime building new recipes.

But where can we buy or try a One Beer Later? Well, the entire range of products is available for purchase online (from the One Beer Later webshop), as well as in partner bars, restaurants and shops in Bucharest and other cities (a map is available here), and some supermarkets of Mega Image, Kaufland and Carrefour.

"We also invite your readers to visit our brewery at Buzău," François-Xavier said.