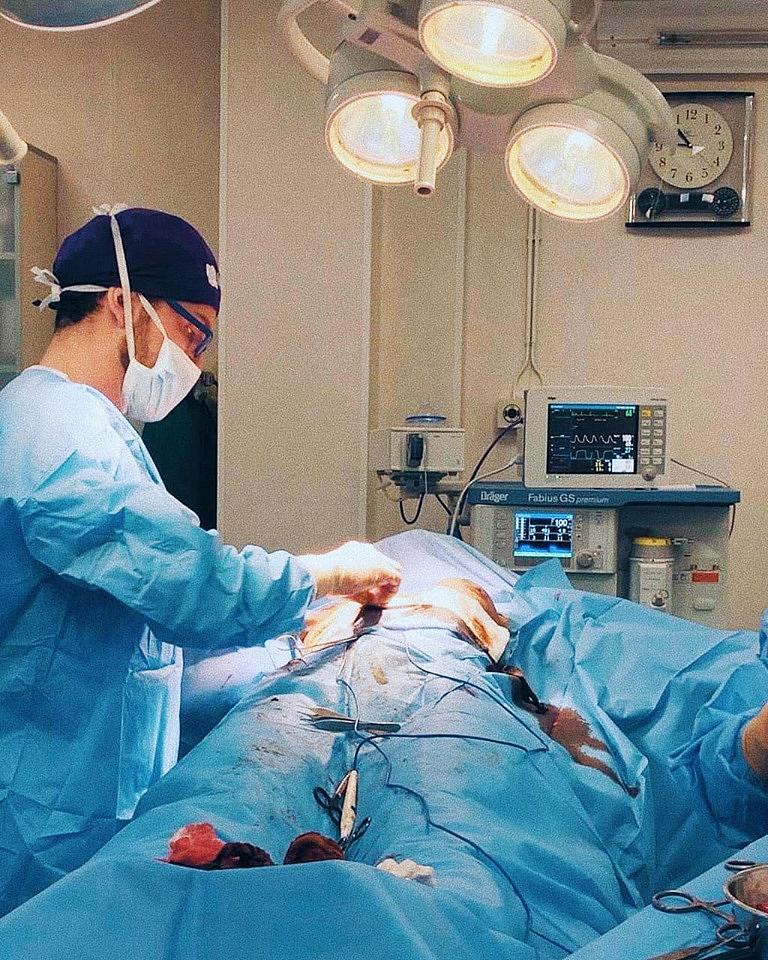 An Italian without college posed as a world-renowned plastic surgeon and performed surgeries at several private hospitals and clinics in Bucharest, a journalistic investigation published by Romanian tabloid Libertatea reveals.

The Italian, whose name is Matteo Politi, was convicted for a similar felony in his home country. He posed as a doctor, using forged documents, and worked in several hospitals. He even got to hold lectures at a center for training plastic surgeons in Verona.

After being caught and convicted in Italy, Matteo Politi came to Romania, where he changed his name to Matthew Mode. He started building his false career as a surgeon in Romania in 2016 when he was interviewed by a local tabloid about the breast implants of a local celebrity. His fake CV was impressive: Matthew Mode studied at the UPMC Presbyterian Shadyside Hospital and Johns Hopkins University School of Medicine in the U.S.

However, he was exposed by nurses who noticed that he didn't even know how to put on his gloves or wash his hands before surgery. But before that, he apparently performed surgeries at four private hospitals in Bucharest - Euromedical, Prestige, MH Medical Group, and Monza - Libertatea reported.

There is even a video on YouTube in which the fake doctor advertises for a plastic surgery clinic in Bucharest. In the video, he appears to be giving botox injections to several patients.

Dr. Matthew Mode even had a Facebook page, where there are several photos of himself in the operating room and many before-after collages of his pretense work. Meantime, both the Facebook page and the YouTube video were deleted in the meantime.

But how was it possible that an individual who didn't even go to college fooled everyone and got to perform surgery on actual patients? The Libertatea investigation carried out by Alexandra Nistoroiu, Mirela Neag, Răzvan Luțac, and Cătălin Tolontan, the same team that worked on the Hexi Pharma diluted disinfectants story, shows that Matteo Politi used an approval he got from the Public Health Direction (DSP) in Bucharest to fool his employers. He apparently got that approval based on a false diploma from the faculty of medicine in Pristina (Kosovo).

However, in order to be allowed to operate in Romania, foreign surgeons need to be registered with the local professional organization - the Romanian College of Physicians (CMR). Thus, the clinics that allowed the fake doctor to operate without the CMR's clearance broke the regulations, according to Libertatea.

Update: The Monza Hospital in Bucharest issued a press release on Tuesday stating that Matteo Politi performed only one surgery at this hospital after which the collaboration was terminated. The company claims that the pretense doctor presented all the necessary paperwork for this collaboration. The surgery took place in December 2018 and the patient had been brought by Matthew Mode at a different clinic, according to Monza representatives. The company also said it filed a complaint against the impostor and that it would cooperate with all institutions investigating this case.

The Public Health Direction (DSP) also reacted and said that the pretense doctor used a medical rubber stamp that may have been illegally given to him by one of the institution's employees. The DSP has opened an internal investigation, according to Digi24.ro.

Romanian doctor who exposed Italian impostor: He was brilliant in medical conversation