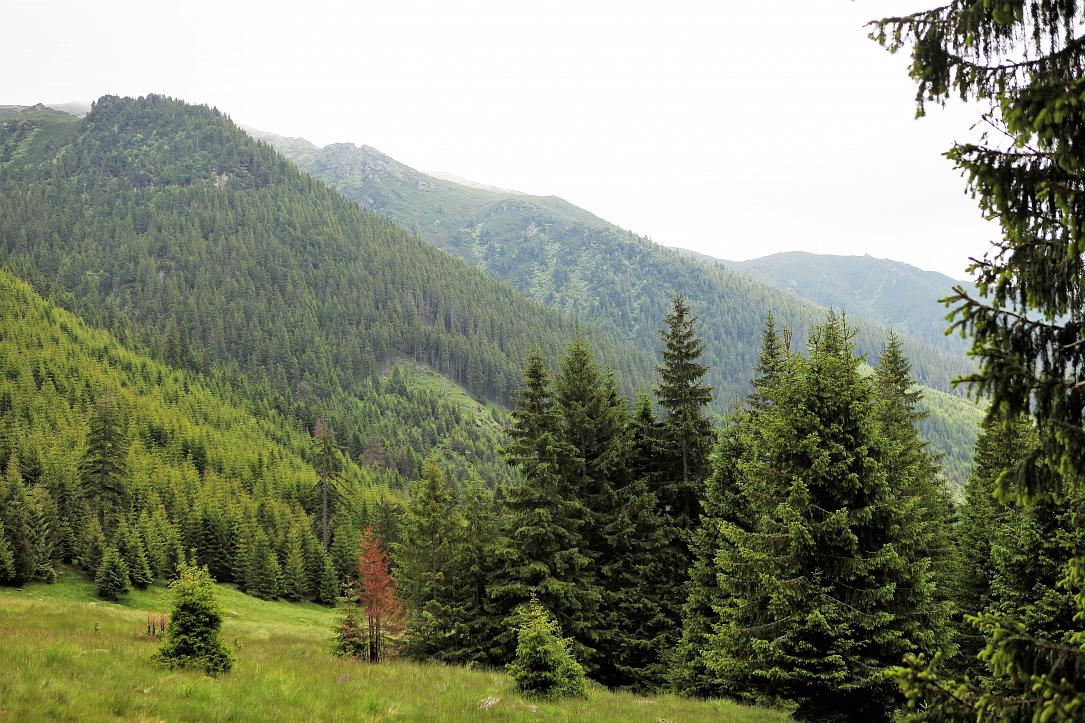 The Norway spruce (Picea abies) is one of the most important and widespread tree species in Europe. This large coniferous tree has a long tradition of cultivation and is preferred for replanting for its economic value. But with its expansion outside of the areas where it naturally occurs, its vulnerabilities become more visible.

With the ability to reach an age of 200-300 years, the spruce can grow 50 to 60 meters in height. It has a straight and regular trunk, of up to 150 cm in diameter. It is particularly sought for timber constructions, pulpwood for paper and furniture. The spruce can be easily cut and it has very straight stems, making it very easy to process and highly valuable to the timber industry.

The wood of the spruce is used for the manufacturing of goods such as joinery timber, furniture and veneer. It is also used as tone-wood for pianos, guitars and violins. For instance, Stradivari and other Italian violin-makers in the 17th and early 18th century used the wood of the spruce from the forests of the southern parts of the Italian Alps for the tops of their violins. The spruce is also popular as a Christmas tree.

The spruce is native to the subalpine belt and can be found in the Boreal forests in Northern Europe and the subalpine areas of the Alps and the Carpathian Mountains. In the Făgăraș area, it can be encountered from 1,500 up to 1,800 meters. These are the places where the spruce occurs naturally.

Historically, the spruce has been cultivated since the 18th century, even outside its natural range, as is the case with the temperate lowland areas. Nowadays, the spruce can be found in many parts of Europe outside of its native range, such as in Britain and the Pyrenees Mountains. It was also introduced in other countries outside of Europe, such as United States, Canada, Japan, South Africa, Tasmania and New Zealand.

Besides threats such as poor fire tolerance, drought and a shallow root system making it less resistant to windthrow and rockfall, the tree is susceptible to attacks from the bark beetles, the most severe forest pest for spruce in Europe.

When they attack, the bark beetles go under the bark of the tree where they lay their eggs and feed on the layer transporting water and nutrients for the tree, thus damaging it. Afterwards, they fly out in larger numbers. Still, in order for the bark beetles to have a lasting effect on the spruce forest, there need to be at least four generations of bark beetles throughout the summer.

The ability to withstand bark beetle attacks separates the spruce occurring in its natural range from that planted outside of it. In the subalpine areas, it is cold enough to make it impossible for the bark beetles to start flying too early in spring. Again, in autumn it is too cold for them to fly, making it generally hard for them to destroy the spruce forests. Not the same happens for the spruce planted in lower elevations, where the bark beetles can attack much easier. Many times the attack of the beetle is called an infestation but what actually occurs is the natural process, under the conditions that allow the beetle to carry the attack. 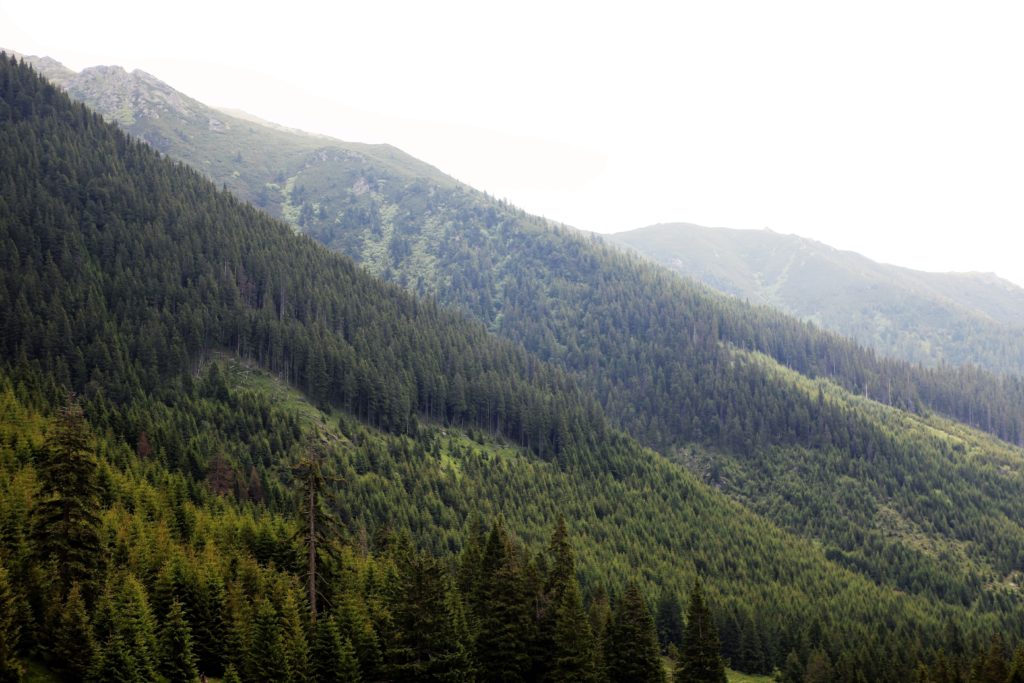 In the subalpine areas, the spruce can outcompete most of the other species. On the contrary, at lower elevations, where it is more vulnerable to the bark beetle, it is outcompeted by species such as the fir or beech.  But in subalpine areas, the spruce dominate the forest, where they are mixed with the stone pine, rowan or willows. The subalpine habitats are also home to a number of species that have adapted to the spruce forests. It is the case of the Alpine longicorn, a rare and protected species that is on the Red List in most countries, or the crossbill, which feeds on the seeds of the spruce. 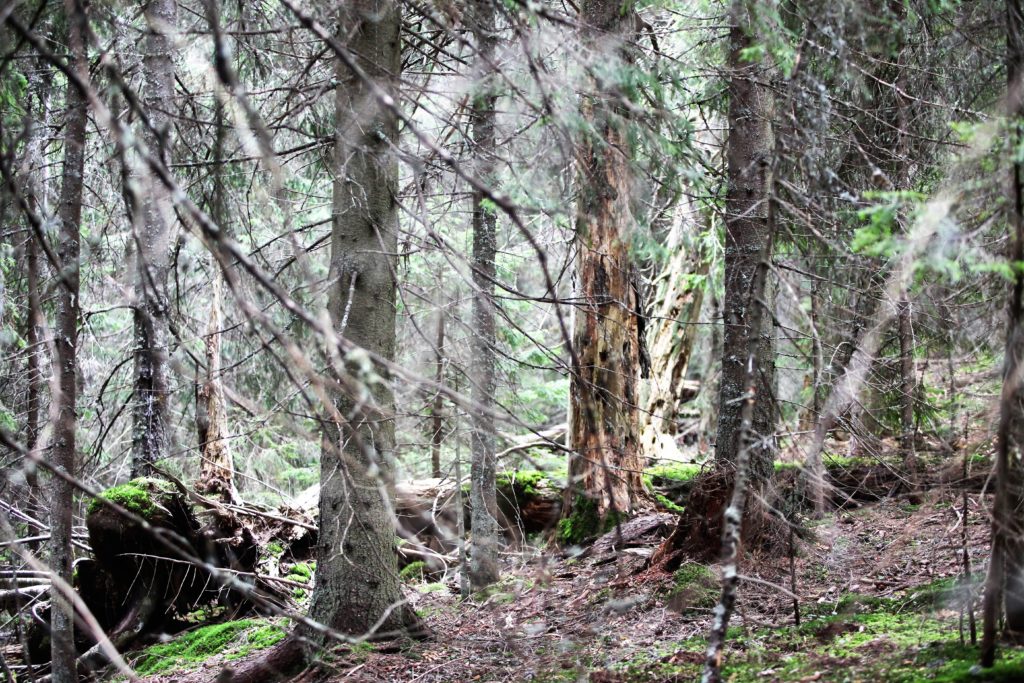 Having spruce planted in lower elevations for it to be exploited comes with the need for intensive management and the permanent fight against the bark beetle. This means that these forests are not stable as foresters always have to cut the trees that are infected and use more pesticides against bark beetles. With the bark beetles, the pesticides also kill various other insects found in these areas and which have their own importance in the ecosystem.

At the same time, the spruce plantations at lower elevations make for very poor habitats. They are planted very thick, not allowing the light to reach the ground and plant, insect or bird species to thrive in them.

In its area, Conservation Carpathia is working to transform the spruce monocultures back to their original tree composition. The process entails cutting holes in the spruce plantations and then planting beech, fir, sycamore, elm and other species that would normally be found in a natural forests, thus giving them a chance to convert back to their original species makeup.