Skip to main content
Nature
Nature in Făgăraș Mountains: The bison in Romania 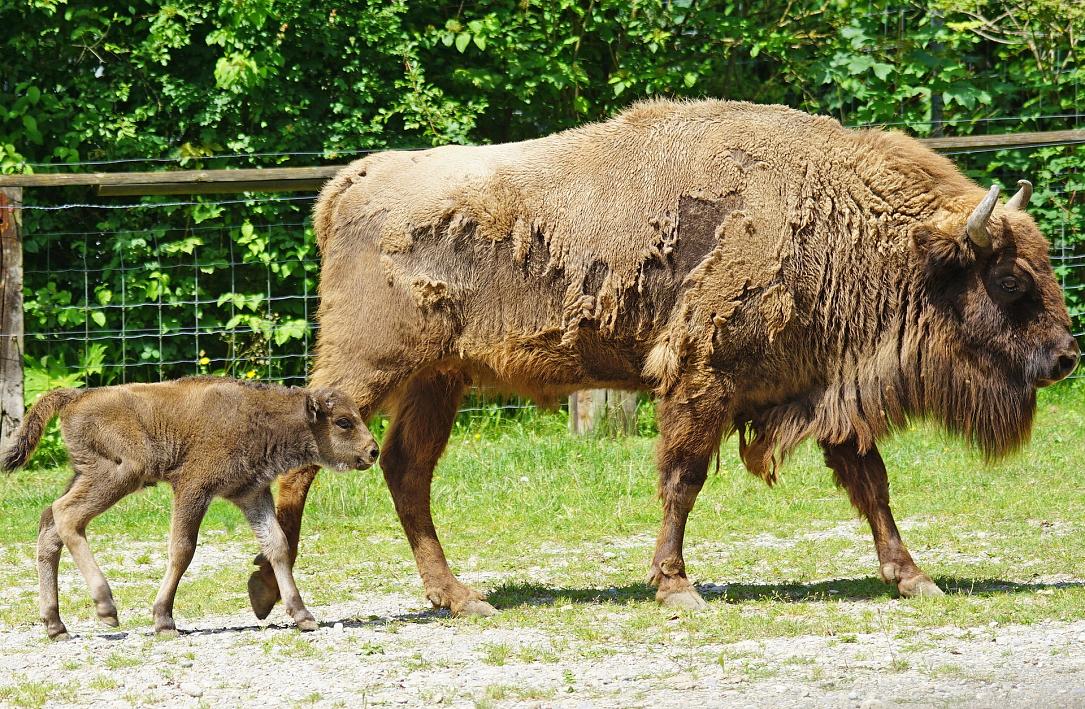 The European bison (Bison bonasus, zimbru in Romanian) is Europe’s heaviest wild land mammal. It used to roam across the continent since ancient times but a combination of over-hunting and habitat degradation led to its near extinction by the 1920s.

In Romania, the bison disappeared some 200 years ago. In Europe, the last wild bison were shot in in 1919 in the Białowieża Forest, across the border of Poland and Belarus, and in the northwestern Caucasus, in 1927. At that time, only 54 of them remained, all in captivity.

The reintroduction of the animal in Europe was possible with the help of the descendant of the European bison from the Białowieża Forest that had been sent, in the 19th century, as gifts to private collections and zoos in Europe.

In Romania, the bison was reintroduced in captivity towards the end of the 1950s, when bison from Poland were brought to the Slivuţ-Haţeg forest in Hunedoara county. After they bred, the offspring were sent to other parts of the country, including Bucşani, Poiana Braşov, Vânători Neamţ or Târgu Mureş.

New efforts to reintroduce the bison in Romania began in the 2000s, and after 2010 the animal started being released into the wild in several areas of the country.

In the Armeniș-Plopu area, in the Țarcu Mountains, WWF-Romania and Rewilding Europe have started the reintroduction of the European bison since 2014. By the end of 2017, the total number of bison in the area, taking into account the deaths and births, was 30. This May, another 23 bison have been released near Armeniș and at a new rewilding site in the Poiana Ruscă Mountains, near the village of Densuș. Of the released bison, 19 were sourced from Germany and Italy, and 4 from Romania, from the Bison Valley Nature Reserve in Brașov county.

In northeastern Romania, in the Vânători-Neamț Nature Park, five bison were released in 2012, in Chitele, Crăcăoan. By March 2017, there were 25 bison living in the Neamț forests.

Now, the Foundation Conservation Carpathia is also working to reintroduce bison in their project area, a process set to start next year.

The largest herbivore in Europe, the bison needs generous forests to roam in, which makes the Carpathians a good home for them. A typical European bison is about 2.1 to 3.5 m long and 1.6 to 1.95 m tall. Male adults weigh in between 400 to 920 kg or, occasionally 1 ton, while females between 300 to 540 kg. They feed on grass but also browse on shoots and leaves. During summer, an adult male can consume 32 kg of food in a day. The deciduous and mixed forests are considered their optimal habitats, but they also need to reach meadows.

Because of their high browsing capacity, they are a very important species for the dynamic of a forest, helping maintain a balance between the forest areas and the open, pasture ones. With their hoofs, they open up the soil and contribute to its fertilization.

The European bison is a herd animal, living in both mixed and solely male groups. Mixed groups consist of adult females, calves, the young aged 2 to 3 years, and young adult bulls. The average herd size is dependent on environmental factors, but on average they range from eight to 13 animals per herd. The herds do not function as family units and different herds interact and combine frequently. The European bison does not defend territory, and the ranges of the herds tend to overlap. Their core areas are usually located near meadows and water sources, which the bison need to access every day.

When considering an area for the release of the bison, a host of factors are assessed, among them the food availability, the inclination of the existing slopes, the distance from the nearby villages for the chances of the bison getting in contact with cattle or other livestock or of a conflict occurring. Because the bison like to walk along rivers and creeks, and eat the vegetation there, its quality and availability is also important.

There are two options when it comes to releasing the bison into the wild. One is a hard release, where the animals are brought, from a zoo or another reservation, into the area, left for a couple of days in an enclosure, and then released. This means they have to learn to manage in their new environment the hard way. The animals than cannot cope with it die, but those that survive are usually tougher and have a good chance to start breeding and develop a new population.

The second is a so-called soft release. The animals are brought into a large enclosure, which could be of 100 – 150 hectares, where they can wander around and learn to find food on their own. Some artificial feeding is still done, in combination with the animals finding their own food. With this, the animals are safer but they still need to be fed for longer and have a harder time adapting to the natural environment.

Small groups of bison are released every year, and as they start reproducing they also expand the territory where they live. At least one animal among the ones released has a radio collar, so that the group’s movements can be followed. This is also useful to detect if they are getting close to the villages and prevent conflict with the communities, which may happen if the bison end up eating the haystacks. These encounters are actually the only conflicts of the bison, as the species has had no other natural predators besides the humans.

The History of European Bison at www.krainazubra.pl

Largest ever bison reintroduction in Southern Carpathians boosts population by 23 animals at life-bison.com