Several events postponed or canceled in Romania due to coronavirus 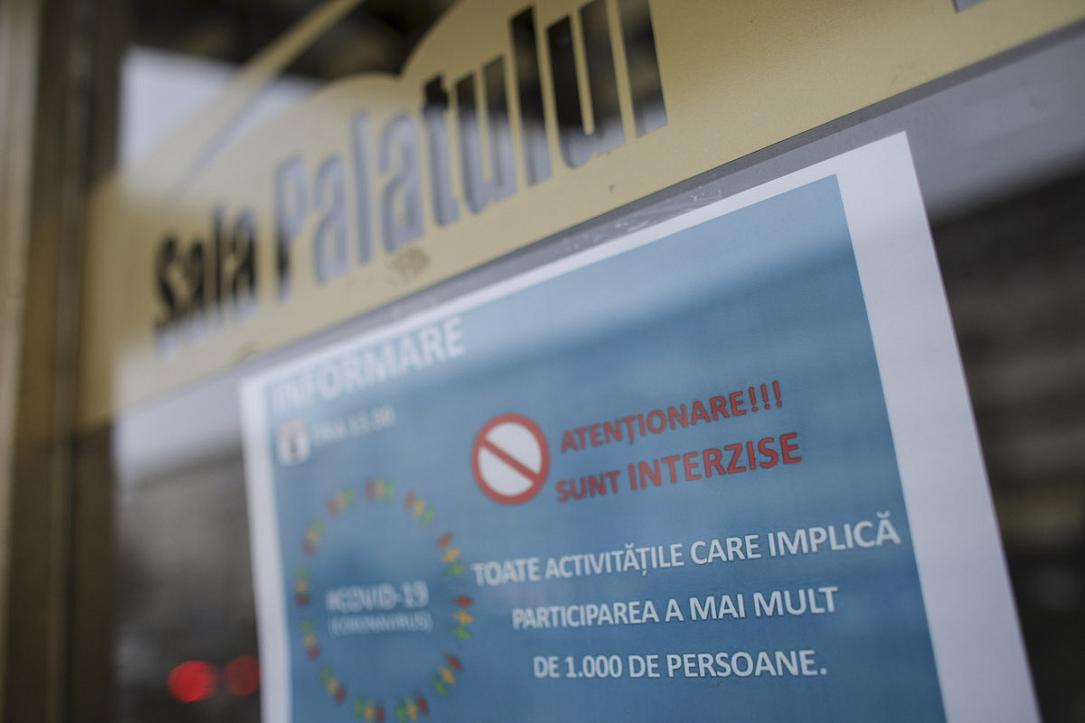 Several events scheduled to take place in Romania in March have been postponed or canceled following the authorities’ decision to ban all events with more than 1,000 participants.

All the events that were supposed to be organized in March at Sala Palatului, the main concert hall in Bucharest, have been postponed or canceled, according to the website Salapalatului.ro. For example, the Boney M concert that was initially scheduled for March 8 was rescheduled for September 20, local News.ro reported. The Russian Ballet Stars Gala, which was supposed to take place on March 9, was also postponed to a later date that is yet to be announced, and so did the Cristi Minculescu & Valter & Boro concert that was initially scheduled for March 28, according to Agerpres.

Other events that appear as postponed/canceled on the Salapalatului.ro website are the Pink Martini concert, the Damian Draghici & Brothers concert and the Mamma Mia! musical. In fact, the organizers also decided to reschedule the Mamma Mia! musical performance that was supposed to take place at the Sports Hall in Galati on Sunday evening. The new date for this show is April 24, Agerpres informed.

In addition, the Bookfest Timisoara book fair, which was initially scheduled for March 12-15, was canceled, according to News.ro.

Bucharest mayor Gabriela Firea announced on Monday morning, March 9, that the 14 theaters subordinated to the City Hall will suspend their activity until March 31, G4media.ro informed. Plus, the concerts, cultural or sports events of the Comic Opera for Children, the Sports for All Company, Creart, Proedus, the Bucharest Museum and other institutions and companies of the Bucharest City Hall will also be suspended.

The total number of confirmed cases of coronavirus infection went up to 15 in Romania. On Sunday, there were over 12,700 people in self-isolation at home after returning from risk areas and 15 people were under quarantine.