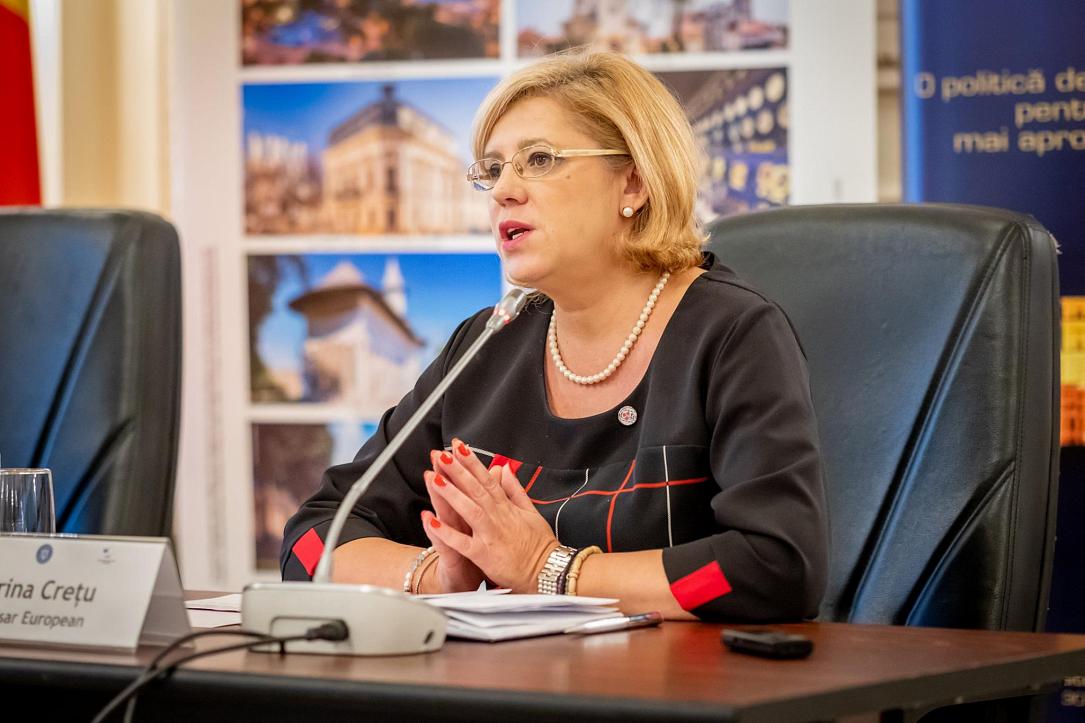 EU Commissioner for regional development Corina Cretu, who has served over the past decades within various institutions of the European Union, has announced her candidacy to the European Parliament on the ticket of Pro Romania party, led by former prime minister Victor Ponta.

This is a further step Ponta takes toward establishing a credible political entity.

Corina Cretu, a close political partner of the founder of Romania's Social Democratic Party (PSD) Ion Iliescu, has been in conflict with the party’s present leadership in recent months. Speaking in Cluj-Napoca on January 17 in a debate about the Cohesion Policy in the European Union, Corina Cretu said that her decision [of running on Pro Romania’s ticket] is a delimitation of the current PSD leadership, local G4media.ro reported.

"I run for the EP elections on behalf of Pro Romania, which has an ambitious development project for Romania, with competent and professional people. I have been and remain a convinced European Social Democrat and I believe that Romania's only chance for development is within a strong and fair EU, where we need allies and friends. I think that this strategy [of PSD] of attacking [the European Union] will cost us all,” Cretu stated.