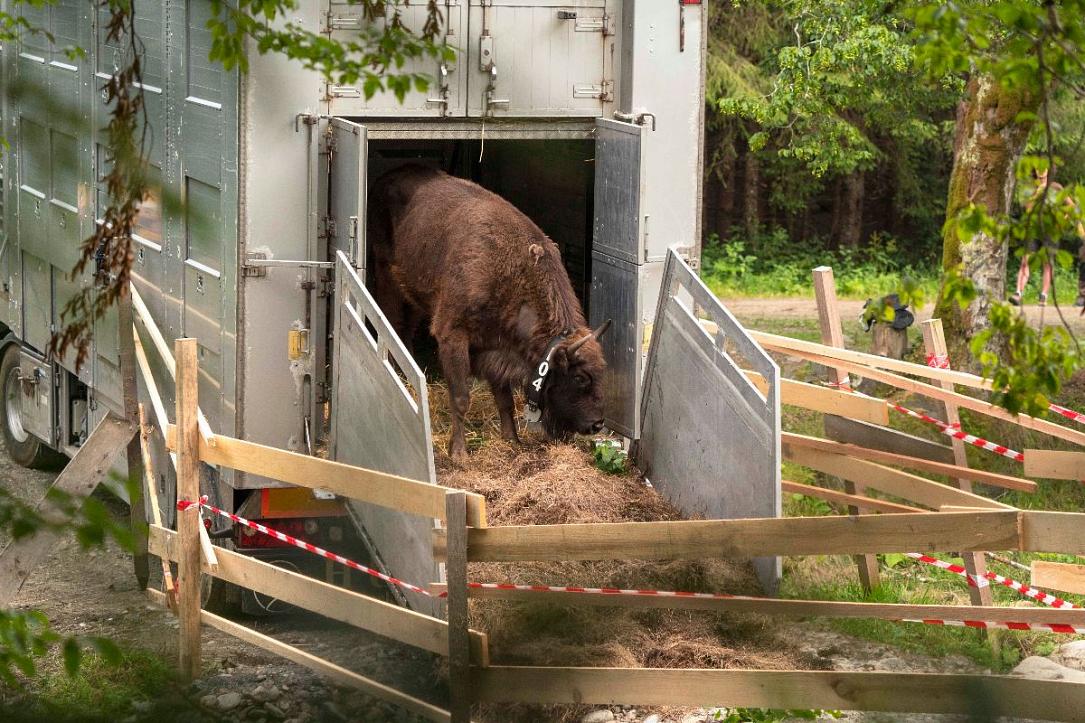 Eight bison arrived earlier this week at Magura Zimbrilor in Armenis, Romania, where they will soon join the other 57 free-roaming bison in the Southern Carpathians.

Rewilding Europe and WWF Romania have now successfully raised the number of bison in the wild to the biggest population seen in Romania in the past 200 years, according to a press release.

The newly arrived bison herd, which comprises six females and two males, began their long journey to the wild from six reservations in Germany and Switzerland (Wisentgehege Springe, Wisentgehege Donaumoos, Wildpark Bruderhaus, Nationalpark Kellerwald-Edersee, Nationalparkverwaltung Bayerischer Wald, Wisentgehege Hardehausen). The Springe reservation hosted the females for several months to form a compact herd, a method that ensures the group has a smoother transition to a new environment.

Rangers and veterinarians will monitor the eight bison during the acclimatization period. Then, they will be released into a larger area where they will have the chance to explore forests and meadows.

"The gates to actual freedom will open a few months later, and the bison will then be able to mingle with the residents who have already adapted to the wild area of the Țarcu Mountains and avoid further human interaction," the press release reads.

"Every transport and every birth in the wild are a success for the conservation of these vulnerable animals and not only because bison are a key species that sculpts the ecosystem and influences biodiversity. Animals, plants, our health and sustainable community development, ecotourism, all depend on them returning in the wild," said Marina Druga, LIFE-Bison Project Manager, WWF Romania.

The European bison is one of the most threatened large mammals in the world, and it is protected at the European level. WWF Central and Eastern Europe's and Rewilding Europe's Life Bison Project aims to establish a wild bison population that is demographically and genetically viable, by reintroducing 100 individuals in south-western Romania, where one of the largest wilderness areas in Europe survives.