Covid-19: Drive-through vaccination centers to open in RO by the end of April 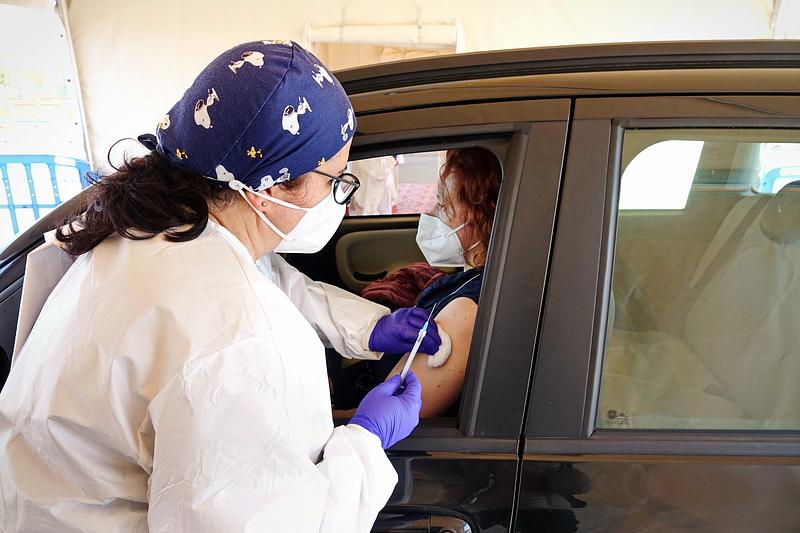 The first drive-through vaccination centers will open by the end of April, Valeriu Gheorghiţă, the coordinator of the national vaccination campaign, told DigiFM.

These centers, which will offer the Pfizer-BioNTech vaccine, will be able to accommodate some 400 people per day. People will be able to get vaccinated here without making an appointment, he said. Bucharest, Deva, and several other counties plan to open such centers.

“People can use either their car or taxis, Uber, and similar types of transport. In the triage area, they need to show an ID and preferably the triage questionnaire already filled in; it can be downloaded. If they do not have it, it will be filled in under the doctor’s supervision,” he explained.

Meanwhile, prime minister Florin Cîţu said a successful vaccination campaign is the only solution to going back to normal. Once five million people are vaccinated, the authorities can start easing some of the restrictions, he explained.

“If we want to go back to normal, we need to have a successful vaccination campaign. Having five million people vaccinated by June 1 is the first stage to being able to ease some of the restrictions […] This means 35% of the active population,” Cîţu told Digi24.

A “vaccination marathon” is scheduled to take place this weekend in Timișoara, another effort to increase the number of those vaccinated. Doctors, nurses, and students from Timișoara hospitals and the Victor Babeș Medicine and Pharmacy University will volunteer in a drive to vaccinate 10,000 people in three days, between April 23 and April 25, the vaccination committee announced.