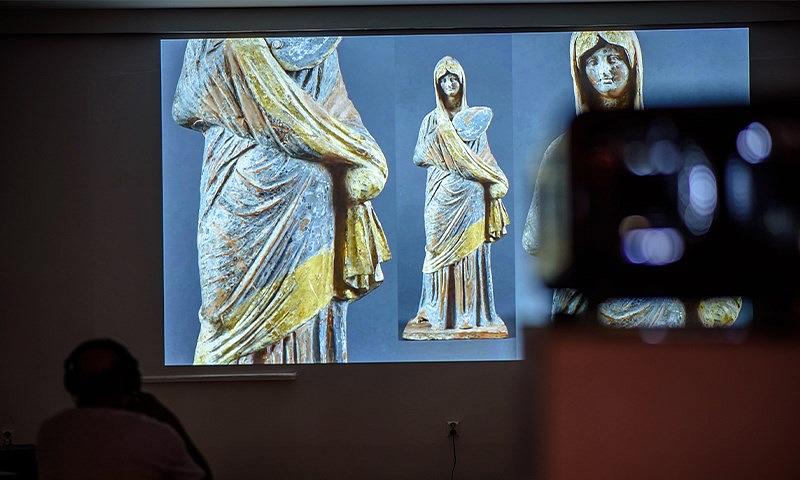 Over 500 works in the collections of well-known French museums are on virtual display in Sibiu as part of Micro-Folie, dubbed the first digital museum in the country. The museum opened at the Sibiu International Theater Festival and within the Romania – France Season.

Micro-Folie brings three complementary structures: the digital museum, a Virtual Reality space, where films produced by ARTE channel will be shown, and Fab Lab, a space for creativity and innovation. As such, until June 23, visitors can see over works from the collections of 12 museums and cultural institutions in France, among them the Louvre, Pompidou Center, Versailles Castle, Orsay Museum or Paris Philharmonic. For children, the museum can be an interactive way to discover the great works of art but also VR avatars.

The project, which was so far implemented in 200 cities around the world, was developed by the French Culture Ministry and coordinated by La Villette Museum.

“It is an innovative concept, a space that belongs to the visitors. At the same time, it is an instrument that embodies intercultural dialogue. This digital museum is an open door to the cultural patrimony, a treasure that awaits to be discovered,” Michèle Ramis, France’s ambassador to Romania, said.

Micro-Folie will turn into a permanent space for cultural interaction, at Casa Artelor (House of the Arts) – Astra Museum, in Sibiu.

“Micro-Folie takes one step further in this exercise of democratizing culture. In the future, we want to see as many Micro-Folies set up in Romania as possible, and Sibiu will always have the privilege of being the first city in Europe to host a Micro-Folie, besides France,” Andrei Ţărnea, the commissioner of the Romania – France Season, explained.

The France – Romania Season opened in Paris last year, and saw over 300 events take place in more than 13 regions. It ended in France on April 16, and then opened in Bucharest on April 18. Under the slogan “Forget the clichés,” the Season has cultural diversity as a main topic. The ending of the Season will be marked on July 14, the national day of France, with several events in Bucharest’s Carol Park.