“Destination: Bucharest” – 10 best things to do in Bucharest 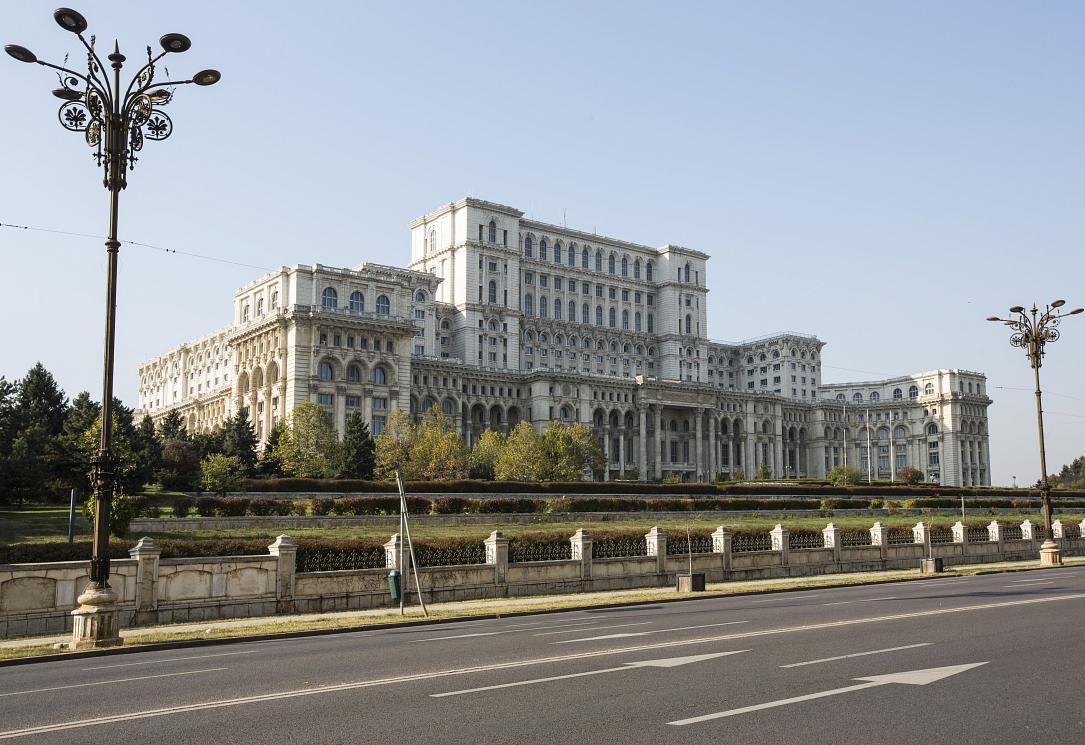 The Romanian Capital is a vibrant and complex city, with an interesting history and a rich tourist offer. There are many things to see and do in Bucharest throughout the year and some destinations and activities should definitely be on any visitor's list. Among them, the giant Palace of the Parliament, the Old Town or the main central avenue, but also events that transform the city for a few days.

Visit the Palace of the Parliament

A giant building standing right in the center of the city, the Palace of the Parliament is probably the most famous tourist destination in Bucharest. This is not surprising, however, as the building’s history and size attract a large number of curious visitors every year.

The Parliament Palace is the most famous legacy of the communist rule in Bucharest, being built by the wish of former dictator Nicolae Ceaușescu.

This ambitious project required a major human and financial effort: tens of thousands of people worked for years in harsh conditions and at a fast pace. Today, the imposing halls and rooms of the heaviest building in the world have many stories to tell.

Another top destination in Bucharest is, of course, the historical center. With lots of old buildings housing restaurants, pubs, clubs or small souvenir shops, the Old Town is one of the busiest areas of the city, a meeting point for both Bucharesters and tourists. In fact, many of the Capital’s visitors stop at least once in this area during their vacation in Bucharest.

Cobbled streets wind around the old buildings (most of them historical monuments), connecting the many terraces and restaurants, but also tourist attractions such as the Old Princely Court, the Stavropoleos and Sfântul Anton churches or Manuc's Inn.

Another interesting place is the Macca-Villacrosse Passage, which today houses several cafes and bars. The passage, covered with yellow glass, is a good place for a short break in a relaxing, intimate atmosphere.

The Cărturești Carusel bookstore, which is considered the most spectacular such location in Romania, is also worth a visit.

But there are many other such places in the Capital that reward the visitors’ curiosity. Among them, the Storck Museum (where you can see complex works of sculpture or painting), the Museum of Recent Art, the "George Enescu" National Museum (which operates in one of the most impressive buildings of the Capital – the Cantacuzino Palace), or Ferestroika (a small private museum that shows visitors how the Romanians were living during communism).

In addition, the Night of Museums cultural event will return with a new edition in May, giving the curious people the chance to visit their favorite museums even after dark. The exact date of this year's edition has not yet been announced, but usually the event is organized around May 18.

Stop at the Romanian Athenaeum

A symbol of the cultural life in Bucharest, the Romanian Athenaeum is one of the most important concert halls in Romania. It is an elegant building, more than 130 years old, with an architecture that combines the neoclassical style with the eclectic style. Built according to the plans of French architect Albert Galleron, the Romanian Athenaeum is today one of the main attractions of the Capital, home to the "George Enescu" Philharmonic.

Therefore, the Romanian Athenaeum should definitely be added to the list of places to visit in Bucharest, especially to that of classical music lovers. Part of the concerts of the George Enescu Festival (a world-renowned music event organized in honor of great Romanian composer George Enescu) are held in this impressive building. The festival is organized every two years and brings prestigious artists and orchestras to Romania. The next edition is scheduled for 2021.

For those who want to escape the hustle and bustle of a big city and enjoy nature for a few hours, the parks and gardens are the best alternatives. And Bucharest offers tourists a large number of green spaces for outdoor walks, the most popular being the large parks such as Cișmigiu Garden (which is located right in the center of the city), Regele Mihai I (Herăstrău) Park, Tineretului Park, Carol I Park, Alexandru Ioan Cuza Park (also known as Titan Park or IOR), the National Park or Circului Park.

Green spaces with big lakes and alleys lined with colorful flowers and trees with rich crowns, these parks also offer visitors the opportunity to enjoy a tour around the lake in boats of different shapes and colors, picnics on the grass, games of tennis or volleyball, bike rides or relaxing lunches on the lakeshore.

Another place nature lovers should not miss is the Botanical Garden in the Cotroceni neighborhood. The garden is home to thousands of plant species, the entire space turning into an oasis of peacefulness and relaxation in the warm months.

In addition, another interesting place in the Capital is the Văcărești Nature Park – the first natural urban park in Romania, which is home to many species of plants, animals and insects. The luckiest visitors can spot animals such as foxes or otters through the reeds or even on the park’s trails, although the easiest to see and photograph are the birds, such as swans and ducks of different species.

Take a walk on Calea Victoriei

Bordered by buildings and old houses with a unique architecture, but also by luxury shops or hotels, Calea Victoriei is one of the oldest and most important arteries of the Capital. Even locals go on this boulevard in their spare time, on foot or by bike.

Plus, in April, part of the boulevard comes to life with the help of artistic light and color installations, during one of the most impressive outdoor events in the city – the International Light Festival (Spotlight). The theme of this year's edition, which is scheduled for April 23-26, is "Parallel worlds.”

Visit churches that are hundreds of years old

Statistics say that the Romanians are the most religious in Europe and the large number of churches and monasteries in the country (and in Bucharest) comes to support these figures. The Capital is home to many churches, some of them centuries old and with a beautiful architecture, all waiting to be discovered by tourists.

Some of the most impressive places of worship in downtown Bucharest are the Stavropoleos Church and the Kretzulescu Church (both built in the Brâncovenesc style), Sfântul Anton - Curtea Veche Church, Sfântul Elefterie Nou Church, Domnița Bălașa Church and Colțea Church.

Of course, the list also includes People's Salvation Cathedral, one of the largest Orthodox churches in the world. The cathedral was consecrated in 2018 – the Centennial Year, but the project has not been completed yet. In 2019, Pope Francis visited the National Cathedral during his three-day visit to Romania.

In the age of Internet and gadgets, the bookstores are still popular among book lovers (and not only), but the tourists can also go here to buy souvenirs for their loved ones or travel guides that are much needed when planning a vacation.

Dozens of bookstores, big or small, are spread throughout Bucharest. Probably the best known is Cărturești Carusel in the Old Town (mostly because of its interior design and the central location), but there are other such places not to be missed, such as Cărturești Verona (which is close to the Romană Square), the Humanitas, Librarium or Diverta bookstores, or the French bookstore Kyralina.

Dance in the clubs

Bucharest is a lively city, with many party people going out on weekend nights (and even on workday nights).

At the end of the week, the Old Town remains crowded even after the sun sets, as both the locals and the tourists go out in the many clubs, pubs or bars in this area. The music is for every taste – from rock to electronic music or even music of oriental inspiration, with live bands or DJs being in charge of keeping the party alive. And those who feel like singing can try karaoke.

Other popular clubs in Bucharest are Control, Expirat, Fratelli or Kristal Glam Club.

In the warm months, those who want to discover the city should try the Bucharest City Tour buses. Usually, the tourist line starts a new season in late May-early June, when the double-decker buses return to the Capital’s streets, ready to take tourists to the largest squares of the city and to the most popular tourist attractions.

The travel cards are valid for 24 hours from the first validation, allowing travelers to hop on and off the bus anywhere on the route. Passengers also benefit from audio guides in Romanian, English or French.

The exact starting date for the 2020 season of the Bucharest City Tour line has not been announced yet, but more information will be made available on the official website Bucharestcitytour.stbsa.ro. 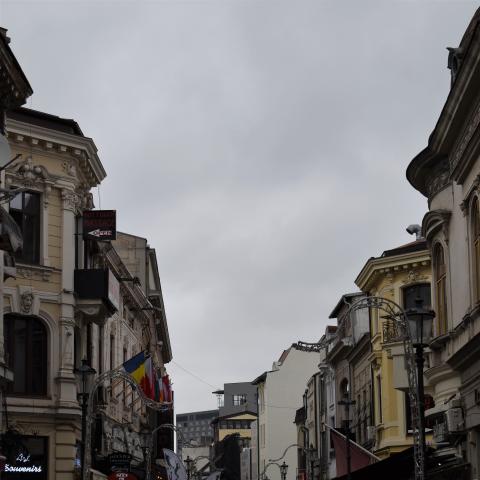 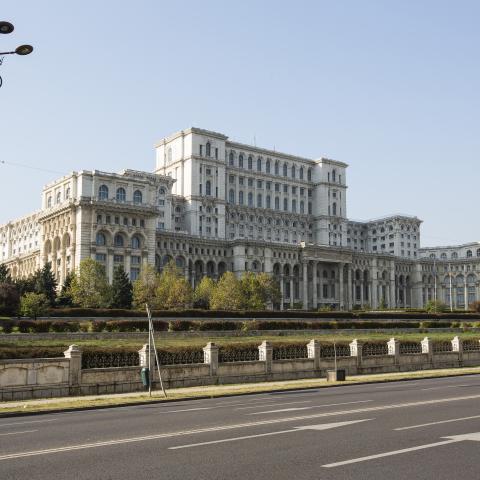 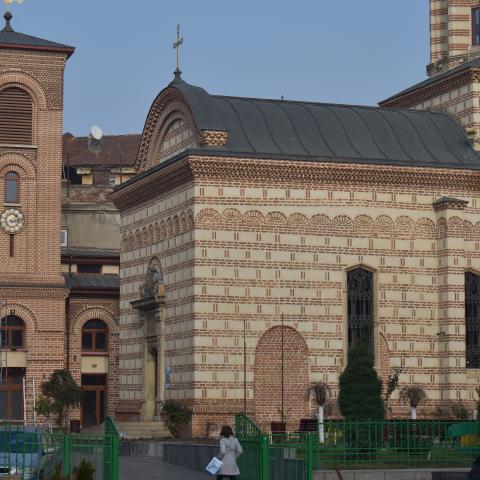 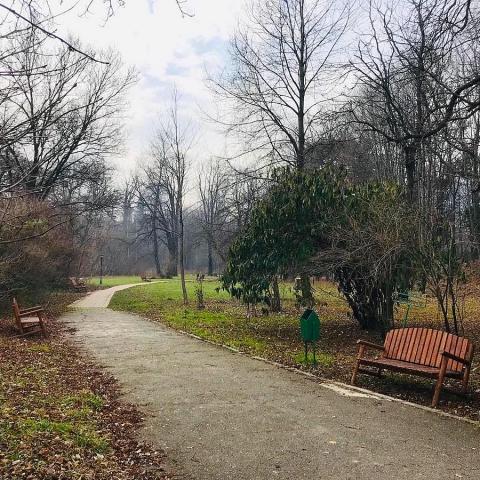 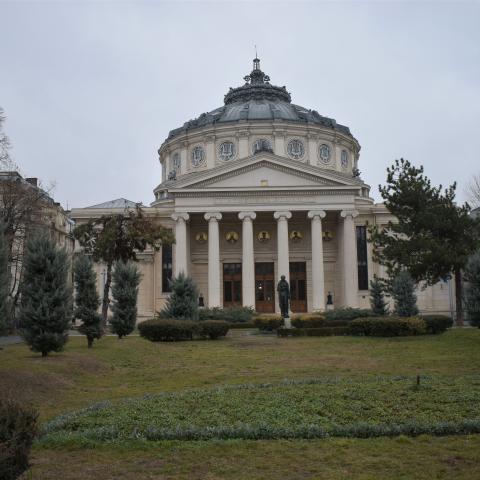 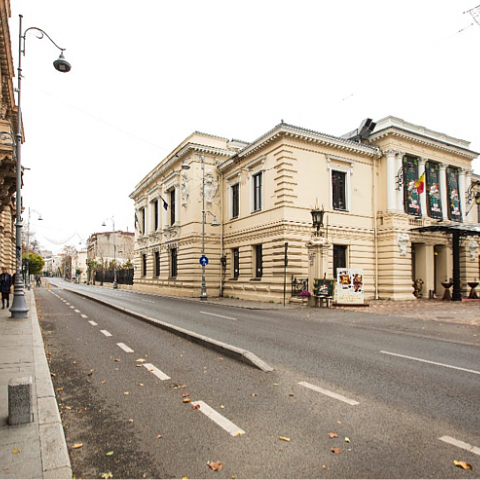 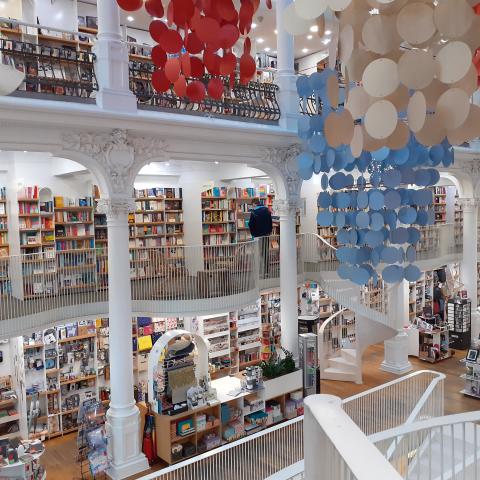