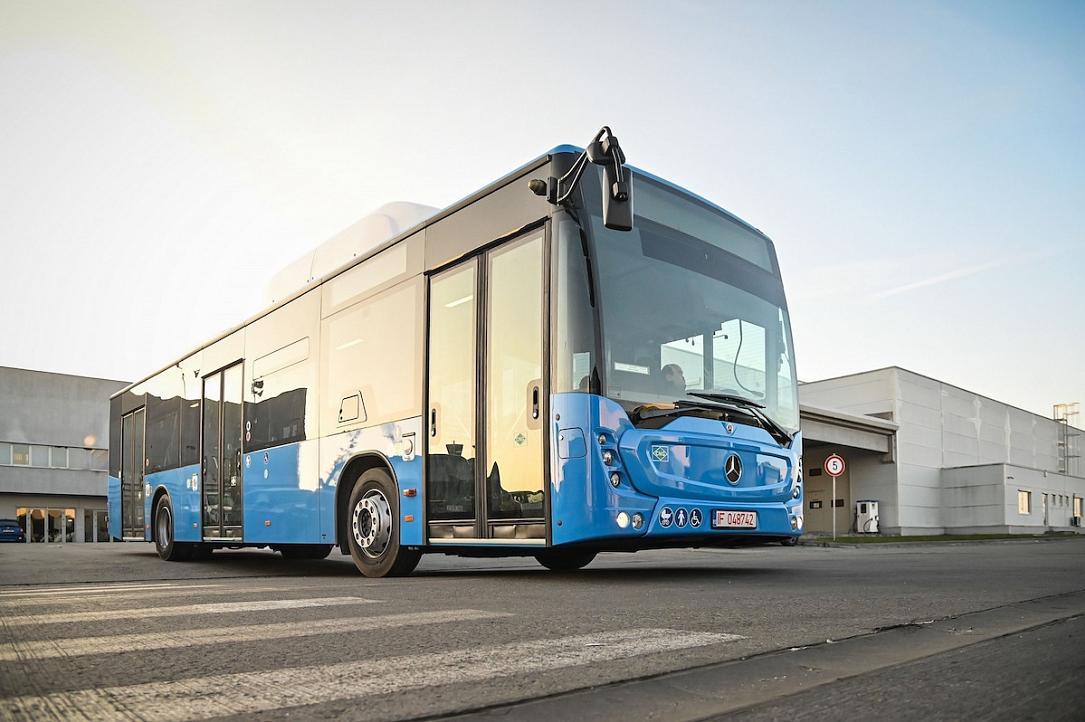 The City Hall of Sibiu, in central Romania, announced that it purchased 40 environmentally friendly buses that run on compressed natural gas. The first one has already arrived in the city and is currently being tested by the city's public transport company Tursib.

The rest of the new buses are set to be delivered in stages next month. They are equipped with a Mercedes Benz engine, air conditioning system and an auxiliary heating system, LED monitors for passenger information, video cameras for passenger safety, WiFi equipment and a socket in each row of seats for charging mobile devices. They are also optimized for access for people with disabilities.

Authorities estimate that the new buses will start running on the streets of Sibiu in March 2022, at the latest, after registration and technical inspections.

The contract signed by Sibiu City Hall in June 2021, with a value of RON 77 million, provides for the delivery of 11 18-meter buses and 29 12-meter buses. It also includes the creation of a mobile app and a passenger information system, a more modern e-ticketing system and a route fleet management system.

"We managed to buy 119 new means of transport in three years, with total investments of RON 191 million covered from European funds and local resources. The purpose of these planned and coordinated investments was, on the one hand, the complete renewal of the car fleet, and on the other hand, the increase of the bus traffic frequency and the extension of the public transport routes," Sibiu mayor Astrid Fodor said.