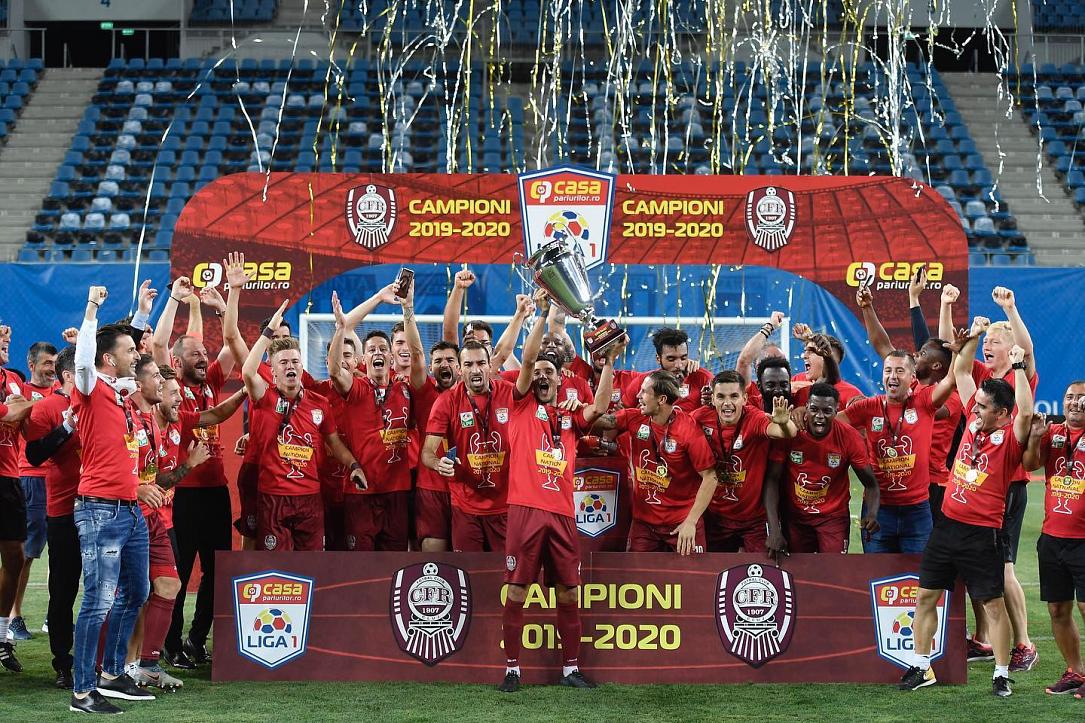 CFR Cluj, one of the oldest football clubs in Romania, won its third consecutive championship title in Liga 1 on Monday, August 3. The team in Cluj-Napoca won the “championship final” against CSU Craiova 3-1 and thus took the title.

Before the on Monday, CFR Cluj had a two-point lead against Craiova, which still had a match to play against Astra Giurgiu. However, the leading body of Romania’s Football Federation decided that the champion would be determined following the direct match between CSU Craiova and CFR Cluj. FRF was supposed to send to UEFA the teams that would represent the country in the next season of the European cups by the end of the day.

Several matches were postponed and then canceled in Liga 1 after some teams reported COVID-19 infection cases.

CFR Cluj has dominated the Romanian league in recent years. The team won the title in 2018, 2019 and 2020. However, it failed to reach the Champions League group stage in the last two seasons.

CFR Cluj is one of the most culturally diverse teams in Liga 1. In the 2019-2020 season, its squad has had 16 foreign players of 12 nationalities.