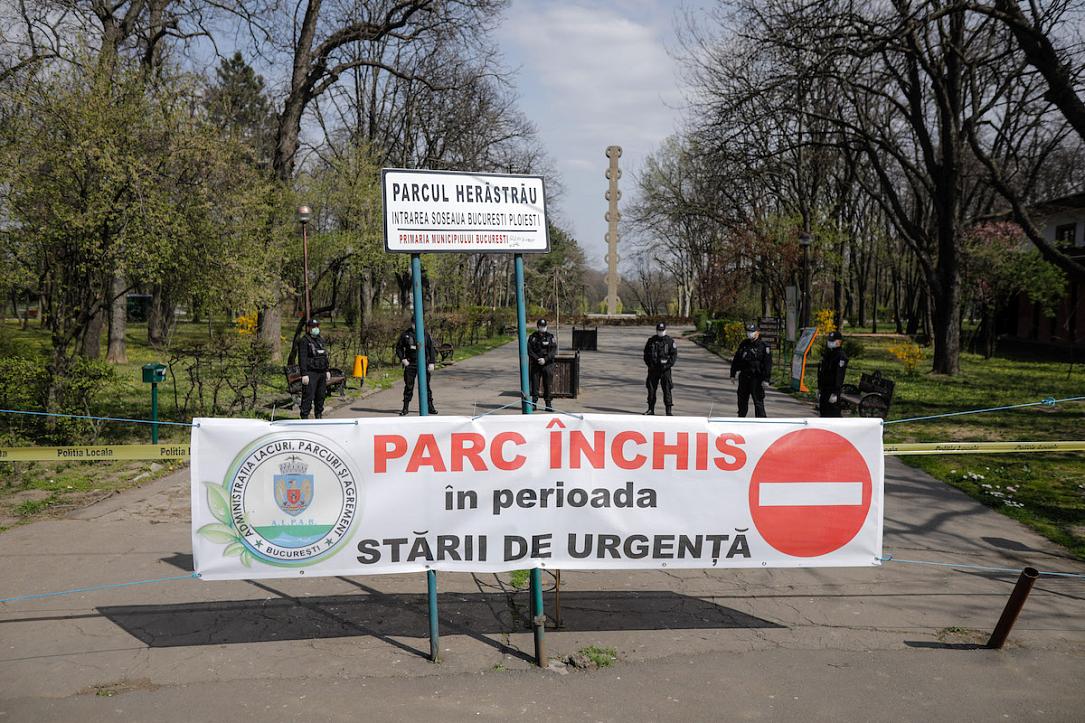 All parks in Romania’s capital city Bucharest have been closed since Saturday, March 28, to limit the spread of the novel coronavirus.

Those who fail to respect the new measure imposed by the local authorities risk fines of between RON 100 and RON 5,000, according to deputy mayor Aurelian Bădulescu, local Digi24.ro reported.

“This decision will remain valid until the state of emergency is lifted in Romania,” Badulescu explained.

Bucharest mayor Gabriela Firea told local Digi24 that the authorities decided to take this measure after many people went for walks in the parks the weekend before, ignoring the authorities’ recommendations.

Firea also said that she has received calls from both individuals and associations asking that the parks be kept open, to allow people to go out of the house, but that police representatives found that there were too many groups of people in the parks, which increased the risk of infection with COVID-19.

Several other cities in the country have taken measures to close the parks, among them Brașov, Piatra Neamț, Slatina, Caracal or Bistrița, according to Hotnews.ro.