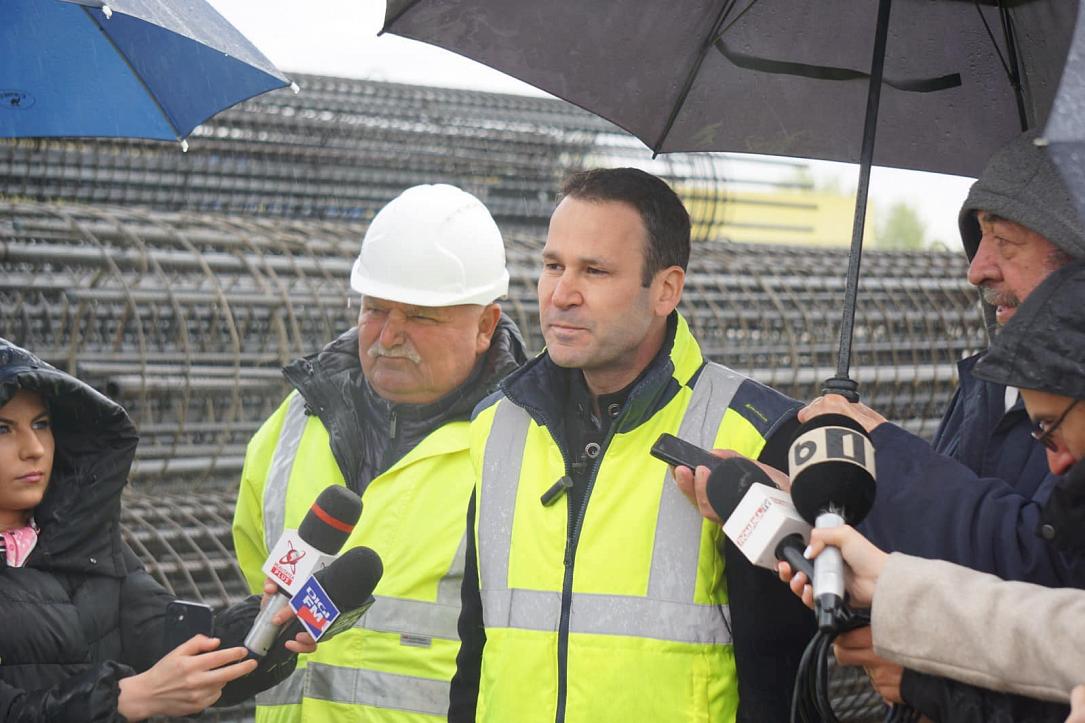 Bucharest’s District 3 mayor Robert Negoiță is being investigated as a suspect in a manslaughter case related to a horrific work accident that happened in early August of last year, according to local publication Buletin de Bucuresti.

The accident occurred on a construction site set up in close proximity to the National Library in Bucharest and involved six people, four of whom were wounded and two of whom died. According to the survivors, the workers were reinforcing a trench when a water pipe broke, flooding the area they were standing in and leading to a collapse of the entire left bank. The workers were buried in the landslide.

These workers were employed by Algorithm Residential S3, a company owned by Sector 3’s Local Council, and were carrying out their work under the shadow of serious irregularities, according to the same source. The other two companies present on-site were Sector 3's Direction of Public Domain Administration and Algorithm Constructions S3.

The construction site was situated on land belonging to the Ministry of Culture, but following the event, the Ministry stated that they had been completely unaware that the parcel of land was being worked on and denied any connection to the site.

The State Building Inspector was also apparently unaware of the construction site, which means that the companies owned by the Sector 3 Local Council did not have a building permit and were doing the construction work illegally.

Other irregularities were found by the Territorial Labor Inspectorate of Bucharest. The construction site was not safe to work on, as the necessary bank reinforcements were missing.

According to the wife of one of the deceased men, the workers didn’t even have proper protective equipment at their disposal. Additionally, one of the survivors of the accident told Digi 24 that the company they worked for did not respect safety measures and that they were constantly put in danger.

The investigation is the result of a complaint to the National Anticorruption Directorate filed by general councilors Ana Ciceală and Nicorel Nicorescu, District 3 councilors Eugen Matei and Alexandru Sava, advisor to the Minister of Justice Teodora Stoian, and MEP Vlad Gheorghe.

It is yet unclear what the purpose of the illegal construction site was, but District 3 councilor Eugen Matei had this to say at the time of the accident: “The USR PLUS elected representatives show that the works carried out on the construction site next to the Ministry of Culture, by order of Robert Negoiță, aimed to modify the access to the basement of the Ministry of Culture, in order to obtain space for the development of some cafés.”

The case is being investigated by District 3's Public Prosecutor's Office and police officers from the Homicide Service. The mayor is one of two suspects and was charged with manslaughter on May 4.

So far, the only statement Robert Negoiță has made in relation to the whole situation was a message posted on his Facebook page in August 2021, wherein he expressed his condolences to the families of the deceased. This past week, Negoiță was approached by multiple publications but refused all requests for comment.

This development comes hot on the tail of a case filed by the National Anticorruption Directorate investigating damages worth more than half a billion lei (EUR 100 mln) related to the illegal extension and value increase of a sanitation contract between District 3's Local Council and Rosal Group between the years of 2000 and 2018. The case concerns the mayor, as well as various other former and current local government officials.

In February 2022, the National Anticorruption Directorate started investigating Robert Negoiță for committing two offenses of misconduct in public office with the purpose of obtaining an unfair advantage and one offense of complicity in inciting misconduct for the same purpose.