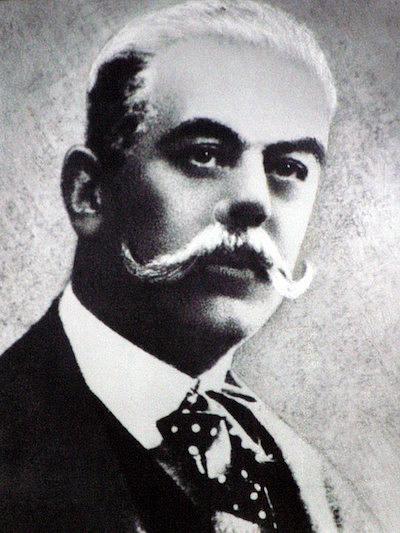 Romania-Insider.com has started a series of articles about Bucharest landmarks of architecture or history, which have witnessed the last century of what is now the Romanian capital, and noteworthy people which have helped build the city as it is today. This project is supported by the Bucharest City Hall through the Public Monuments and Touristic Heritage Administration (AMPT), within the cultural program Bucharest-Centennial.

The Romanian capital would not have become what it is today without the help of those who have managed it during the 560 years since the city was first attested. One of these leaders was Nicolae Filipescu, recorded by history as an important politician and one of the people who helped Bucharest modernize and develop. But he was much more than that. He has also left a mark on the politics of his time, as a member of the Parliament, two times Minister and member of the Conservative Party.

Filipescu was born in 1862 to an old boyar family. He went to primary school in Bucharest, studied high school in Geneve and went to law school in Paris.  When he returned to Romania, he joined the young conservatives and also started the Epoca newspaper.   Several famous Romanians collaborated with this newspaper, including playwright I.L Caragiale, writers Alexandru Vlahuță and Barbu Ștefănescu Delavrancea, as well as the philosopher and politician Titu Maiorescu, among others.

Filipescu was one of biggest supporters for Romania to join the Entente alliance in the First World War, and also rooted for national unification. A few weeks after the Entente won the war in 1918, Romania achieved the Great Union of all provinces inhabited by Romanians.  This year, the country celebrates a century since the Great Union.

Nicolae Filipescu was Bucharest Mayor for two and a half years, between 1893 and 1895. He managed to develop several important projects during this time, thus modernizing the city.

The capital underwent several changes during his mandate. One of his biggest achievements was the introduction of the first electric tram line, a true symbol of the city’s modernization. Tram 14 started to run on the track Cotroceni – Obor in December 1894. And the city head did not stop here – he set up new tram lines in the city.

Water and sewage networks also expanded using underground springs during Nicolae Filipescu’s mandate at the helm of the city. His achievements also include building a public bath for regular citizens, opening three new schools, setting up the Filipescu park and expanding the Coltei boulevard. During his term, the Astronomic Observatory, the Traian Hall and the Obor Railway Station were built. He also started the capital’s cadaster planning. Gas-fueled public lightning was also introduced during this period.

Nicolae Filipescu left the Bucharest City Hall helm in October 1895 but continued his political career as mayor to the city of Braila, then as a minister. He was Agriculture Minister for two years, then War Minister for over a year. During his mandate at the helm of the War Ministry, he endowed the Romanian Army, including with machine guns ordered from abroad.

In Bucharest, he started building the Military Circle building. The Military Highschool was set up near Targoviste, at the Dealu Monastery in 1912, during Filipescu’s mandate. It was the third such high school in Romania, adding to the ones in Iasi and Craiova. The school was using new education tools inspired by Germany and UK. Filipescu himself recruited Prussian lieutenant Hans von Platen to teach German at this high school. The 1940 earthquake destroyed the building, but until then, it yielded several generations of army men who also fought in the First World War. Late King Michael I of Romania also studied at this high school.

Filipescu founded in 1914 a conservative wing called National Action, which supported the Entente alliance. Two years later, Romania joined the war fighting alongside the Entente, something Nicolae Filipescu had intensely lobbied for, including through a series of conferences across the country.

Boyar and politician Nicolae Filipescu, however, died at 54, in September 1916, two years before his national union dream came through.

A street in Bucharest is nowadays named after him. The Nicolae Filipescu street is located not far from the Universitate Square in downtown Bucharest, connecting the C. A. Rosetti street to Batiștei street.