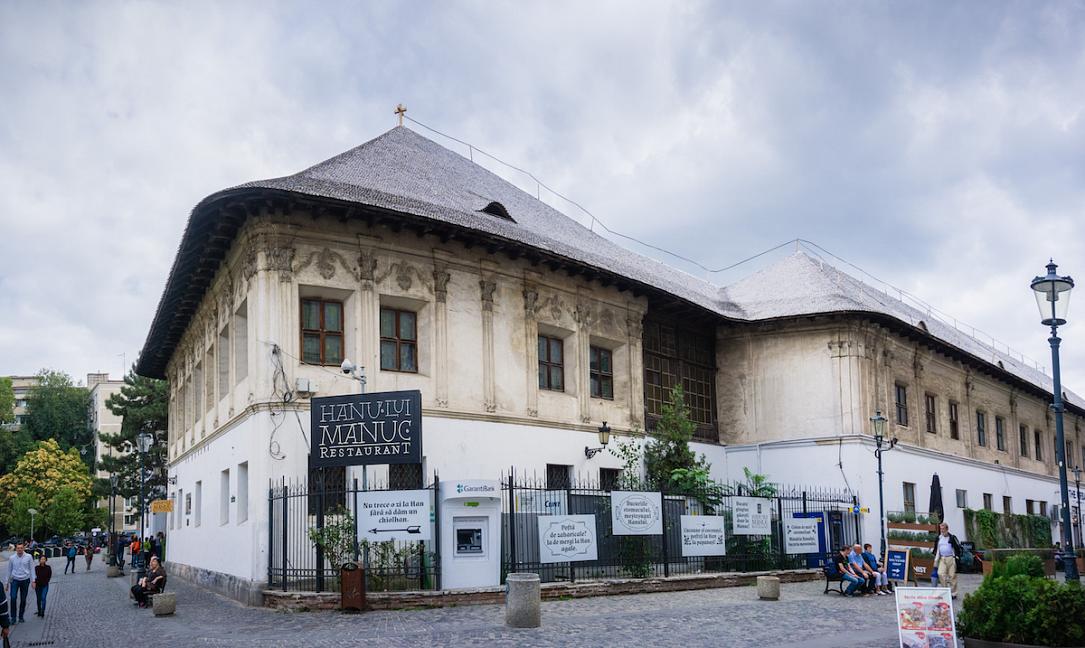 Manuc’s Inn is one of the few inns still standing in Bucharest out of almost 40 which existed two centuries ago. The history of the place is connected to that of the capital and its development, as well as to important political events, among which the preparations for the Great Union of 1918.

The construction of the inn began in 1806 and was finished two years later. The inn carries the name of its founder, Manuc Mârzaian, known as Manuc Bei. He was an Armenian merchant and diplomat who had moved to the Romanian provinces of the time. After serving as dragoman, a position with diplomatic duties, and a councilor to the Ottoman Empire, Manuc became in 1808 a bei(similar to a governor) of Moldova.

The inn takes up a part of the old Princely Court and was erected on a plot Manuc purchased at an auction. The inn was located in the commercial center of the old town, surrounded by streets named after the various merchants in the area: Lipscani (tradesmen of goods brought from Leipzig), Gabroveni (tradesmen of cloth from Gabrovo), Covaci (blacksmiths) or Șelari (tradesmen of saddles and leather goods).

As Manuc was involved in the negotiations between the Russian and Turkish army, the inn was the place where the discussions regarding the peace were held and where the Peace of Bucharest was signed in May 1812. The treaty ended the conflict which had started in 1806 and stipulated that the Ottoman Empire ceded territories to the Russian Empire. Among them was eastern Moldova- Bessarabia, as it was called back then.

After Manuc died in 1818, the inn changed ownership several times. During the second half of the 19thcentury, it was purchased by Vasilescu Lambru. He changed its name to “The Grand Dacia Hotel” (Grand Hotel de la Dacie), after repairing and transforming it in 1874.

The inn had already increased its capacity and had been added spaces for stores following works in 1848 and 1863. The inn had 107 rooms at the top levels. At the ground level, besides 20 rooms, there were two large halls and 23 stores, while the basement had 15 cellars.

Around 1880, the inn was accommodating a performance hall as well. Romanian actors Grigore Manolescu and Mihail Pascaly gave performances here, as did the operetta company led by Ion Băjenaru.

Turned into a cultural and commercial hub of the capital, the inn was, at the beginning of the 20thcentury, one of the meeting places of the elites planning the entrance of Romania into the First World War and the union with Transylvania and Bucovina, achieved eventually in 1918. Among those who stopped by the inn were: Take Ionescu, a former finance minister, foreign affairs minister, prime minister of Romania, and a supporter of the country’s entering the war on the side of the Entente, the poet and politician Octavian Goga, playwright Barbu Ștefănescu Delavrancea, a former mayor of the capital, and Nicolae Filipescu, another former mayor of Bucharest.

The inn eventually became the property of the Cantacuzino family. One of their descendants took over the inn in 2007.

Besides the events it hosted, the inn still impresses with its architecture, combining the Brâncovenesc style with modern elements. The four sides of the inn border the interior yard. On the side looking out on the Dâmbovița river, the inn used to have in the past a stone pier with moorings for boats.

Part of the construction solidity is given by the 166 iron pillars wrapped in oak tree wood. At the renovation works undertaken after 2007, over 24 layers of paint were removed to give the wood its initial aspect.

Viewed from the outside, the inn appears as a building with a high ground floor and one level, while from the inside yard the ground floor and two levels are visible. The ground level seen from the yard is actually a semi-basement, while the first level matches the ground level seen from the outside. This is possible because the inn was built on a slanting plot, the builders thus managing to gain an additional level for storage spaces.

The unique windows of the inn’s Princely Hall are another interesting detail of the construction. The 20 windows, similar to the stained glass ones, are made up of four smaller windows, also made up of 42 smaller colored windows, making up a total of 3,360 glass pieces.

Nowadays, the inn still keeps some of the initial elements used in its initial construction. The interior yard has some of the wooden tiles from the 19thcentury, while the verandah, the pillars, and the stairs retain the original wood. The lamps were modeled after the original ones, as was the terrace’s wheeled well. 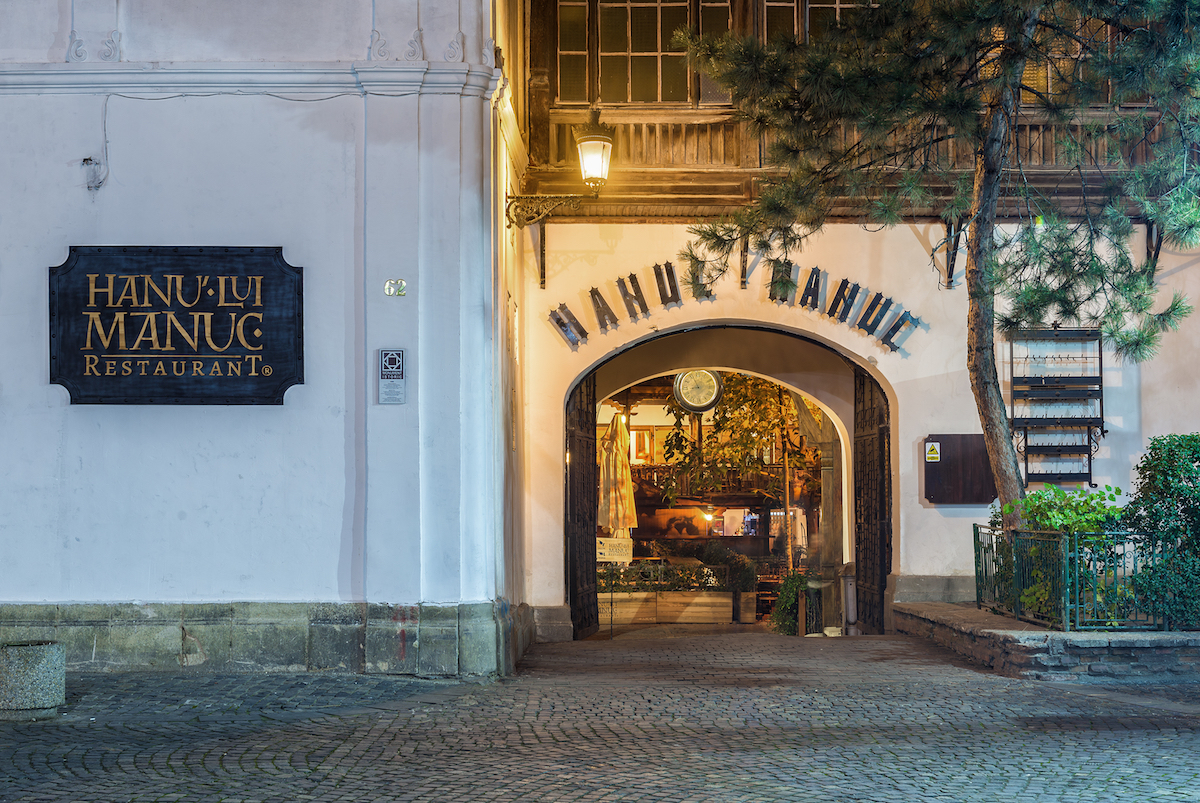 Sources:
Povestea (The story) at hanulluimanuc.ro