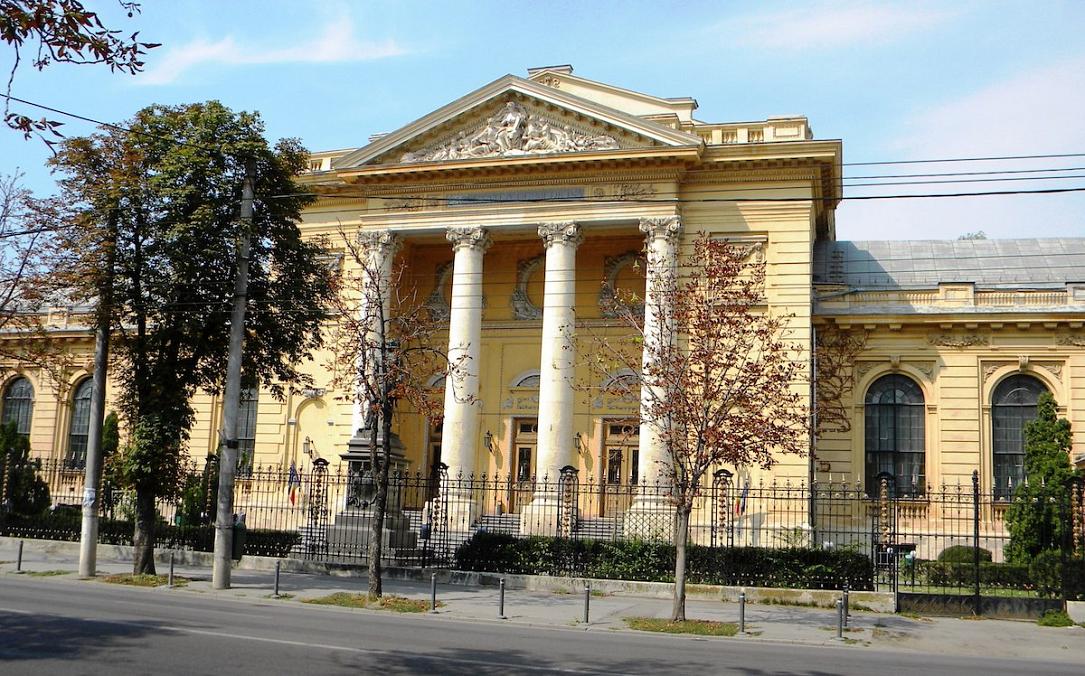 Although he was born in Switzerland and went to school in France, the Swiss architect Pierre Louis Blanc designed buildings of major importance in Bucharest. He contributed to the beautification and development of the capital of the new kingdom ruled by Carol I, the first king of Romania. He designed symbolic buildings for the urban architecture at the end of the 19th century and the beginning of the 20th century. Among them, the Faculty of Medicine building and the imposing palace in downtown Bucharest which hosts the Ministry of Agriculture.

Louis Blanc was born in 1860 in Geneva, where he also attended the secondary school and high school. He continued his studies at the Polytechnic University in Zürich. He was 20 years old when he began studying architecture, attending the courses of the prestigious École des Beaux-Arts in Paris. This is where he met his good colleague and friend Ion Mincu, who will become a representative architect of Romania. Most likely, their friendship was the main reason why Blanc decided to turn his attention to Bucharest, where he arrived in 1884, immediately after obtaining the architect diploma.

Once arrived in the capital of the kingdom ruled by King Carol I, Louis Pierre Blanc began his career at the Ministry of Culture and Public Instructions, where he initially collaborated with engineer George Duca, working on projects such as the Botanical Institute and the University of Iași.

Although he worked for less than 20 years in Romania, the Swiss architect succeeded in becoming one of the most important architects of Bucharest at the end of the 19th century. The relations created through his two marriages (the first with Elena Șuțu – a member of the princely Șuțu family and the second with Irina Berindei - daughter of the general Anton Berindei), facilitated his access to contracts and contacts with the high Romanian society of the time.

Louis Blanc was the one who introduced the French neo-Renaissance in Bucharest buildings, although he was a supporter of the neo-classical beaux-arts style. The buildings designed by Louis Blanc are monumental, both the public and the private ones.

He built, among others, some of the major public buildings that the new state needed, such as the buildings of the Faculty of Medicine (opening picture) and the Victor Babeş Institute of Bacteriology, the Palace of the Ministry of Agriculture, as well as villas and private buildings, which changed the image of the city forever. The list of representative buildings in the Romanian capital signed by him also includes Ion Lahovary’s residence on Calea Dorobanților, the Maurice Blank Palace - residence of one of the most important bankers of modern Romania, the Nicolae Filipescu House, the Take Ionescu House and the Hermann Spayer Palace.

The Ministry of Agriculture Palace, located in the center of Bucharest (Universității Square) was built in 1895. It hosted the eponymous ministry right from the beginning - probably one of the few buildings of the 19th century that have kept their original destination over time. The U-shaped building, with two symmetrical bodies arranged around a yard, has a frontispiece with a frieze decorated with bas-reliefs and a clock under an imposing dome.

The main entrance of the palace is guarded by two Atlantes: two statues representing Hercules, holding a cover. Towards the cornice, the ornamental style continues with the representation of the Demetra goddess.

The palace didn’t experience major changes for over a century. The most important change took place in the 1960s when the slate roof was replaced with metal sheet scales cut to the dimensions of the slate tiles.

The Maurice Blank Palace, a building located at the corner of Tudor Arghezi and Blanduzia streets, was built in 1891 for the banker whose name the building bears. In 1939, after radical repairs and modernization, the palace was rented to the United States Embassy and was its headquarters for 70 years. The building is now in the private circuit.

The Hermann Spayer Palace, located on Batiștei street, was built in 1900 in the Louis XV style. In addition to the building design, Louis Blanc was also in charge of decorating the interior for the Spayer family. This was a building of reference in the interwar period when it often appeared on postcards. During the communist era, the palace was nationalized.

The Swiss architect died at the beginning of the 20th century in Bucharest. His name lives on today through the buildings he has designed. Blanc stays in history as one of the most important foreign architects who actively participated in the construction and the architectural development of Bucharest, as it is today, 100 years after the Great Union of 1918. A street in Northern Bucharest is named after the architect Louis Blanc. It connects Iancu de Hunedoara Blvd. to Paris street.