Skip to main content
Bucharest Centennial: Admiral Vasile Urseanu, a leader of the Romanian Flotilla before the Great Union 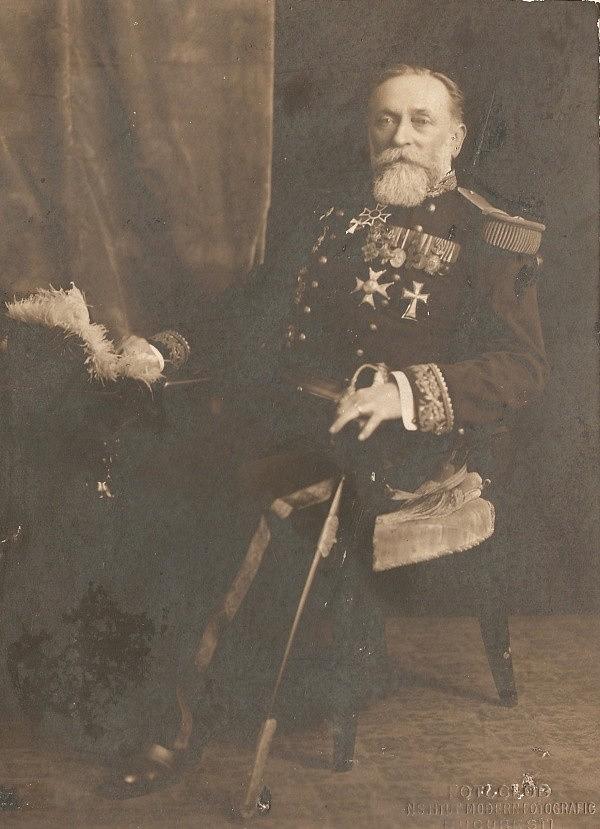 Admiral Vasile Urseanu is often associated with the Bucharest Astronomic Observatory, which he founded. But he was also one of the personalities that participated in some of the important moments of the history of the National Naval Forces and of Romania.

Urseanu was born in Bucharest, in 1848, the year when several revolutionary movements in the Romanian provinces marked a first step in the process of asserting a shared national identity, a process which culminated with the Great Union of 1918.

Upon finishing the studies at the St. Sava High School and graduating from the military school for infantry officers in Bucharest, in 1868, as second lieutenant, he pursued a career in the military navy. After getting enrolled in the Flotilla, he worked as a second officer on the ship Romania, and then on the ship Ștefan cel Mare, until 1872.

In 1871, he was promoted to lieutenant, and a year later, in 1872, he left to study at the Naval School in Brest, in France. Here, he boarded the training ship Borde, and later the ship Jean Bart, where other officers of the Romanian Flotilla had trained. Among them were General Nicolae Dimitrescu-Maican, one of the commanders of the Flotilla during the Independence War, and Rear Admiral Ioan Murgescu, the first Romanian officer to have commanded a Romanian warship in the Mediterranean Sea and the Black Sea, and who also took part in the Independence War.

Upon returning in the country, Urseanu was appointed commander on the ship Romania. From this position, he took part, in 1875, in the first training march on the lower Danube and in the Black Sea of the assembled ships of the Flotilla.

Beginning with the fall of 1875, Urseanu took over the command of the ship Ștefan cel Mare. During the Independence War, he commanded the batteries Elisabeta and Mircea, which were among the coastal batteries in Calafat that were tasked with the strategic coverage of the Danube. He was also tasked with setting up the artillery battery no. 6 Renașterea, taking part in the battle of Vidin. The battle marked the end of the Romanian army’s participation in the Independence War (1877 - 1878), after which Romania obtained the independence from the Ottoman Empire. It was another step in the process finalized with the Great Union of 1918.

For the actions he undertook during the Independence War, Urseanu received several distinctions, among them the Star of Romania War Order, the Crossing of the Danube Cross, the Independence Defenders Medal, and the Russian Commemorative Medal. In 1878, he became a major (lieutenant - commander) and later, a superior commander of the marine batteries.

After the end of the Independence War, Urseanu was sent to monitor the construction works of warships that the Romanian government had ordered in the UK. The brig Mircea was among them, the first Romanian training ship, which he commanded starting 1883.

After advancing to lieutenant colonel in 1882, Urseanu led a part of the Romanian flotilla that had been sent to ensure the freedom of navigation on the Danube during the Serbian-Bulgarian war of 1885.

In 1886, Urseanu became a commander of the Navigation and Ports Inspectorate, a position he held until 1888. Beginning in 1887, he advanced to colonel and worked on setting up of the civil marine. He worked for the creation of a Romanian commercial fleet on the Danube and at sea, and was one of the founders of the first National Society for Marine Navigation.

Urseanu also commanded the cruiser Elisabeta, part of the Romanian Flotilla’s sea division, established in 1890. Between 1890 and 1891, on board of this ship, he made the longest trip of a Romanian warship at the time, going through the Mediterranean Sea, the Atlantic Ocean, the North Sea, and the Baltic Sea.

In 1898, Urseanu was appointed a general inspector of the Ports, and he advanced to brigadier general, in charge with organizing the port authorities and drafting a regulation of ports. In 1913, after the start of the Second Balkan War, Urseanu became a vice-admiral, detached to the Great General Quarters.

In 1919, one year after the Great Union, Urseanu retired from the army for good. Throughout this period, he dedicated himself to his passion for astronomy and joined the Camille Flammarion Romanian Astronomical Society. He financed the building of the astronomical observatory that carries his name, to this date the only one open to the public in Bucharest. After the admiral passed away in 1926, his wife donated the building of the Observatory to the municipality, in 1933. The building hosted the first Pinacotheca of the city of Bucharest, and a Museum of Experimental Sciences, before it reopened as the Vasile Urseanu Astronomic Observatory [link].