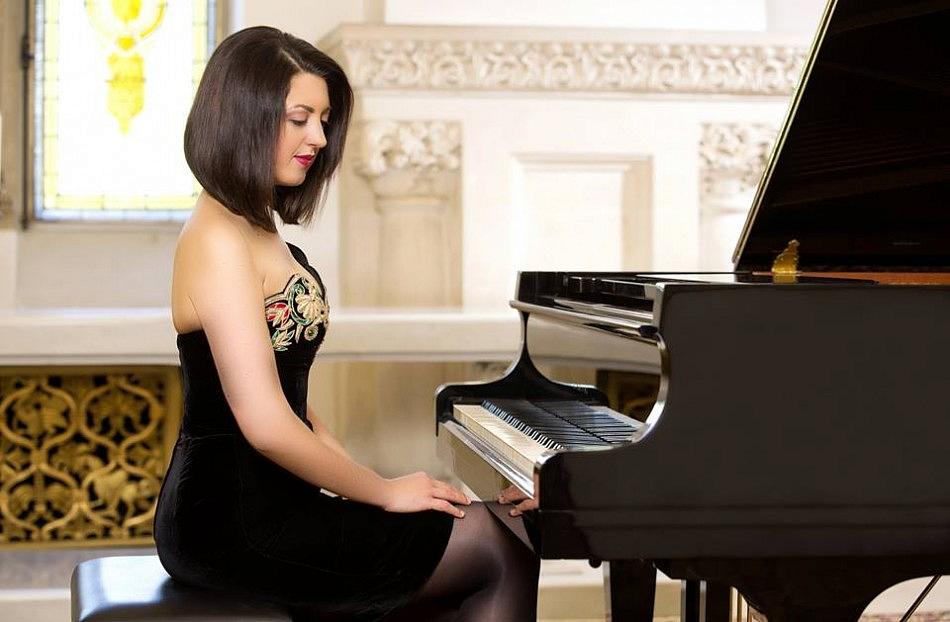 No stranger from famed concert halls and critical acclaim, Romanian pianist Alexandra Dariescu is back in Romania for a concert at the Enescu Festival. She is the first Romanian female pianist to have played at the Royal Albert Hall, and her appearances included New York’s Carnegie Hall and Amsterdam’s Concertgebouw. She was recently named “one of 30 pianists under 30 destined for a spectacular career” by International Piano Magazine and a Rising Star by BBC Music Magazine in 2011. Below, she shares how she prepares for performances and more about what her upcoming first production, The Nutcracker and I.

How do you approach a performance? How do you prepare for it?

Every single performance, whether it is in front of 6000 people or just a few requires the same preparation, with hundreds of hours spent at the piano and away from the instrument, reading and thinking about the music. I usually spend time visualizing myself on the stage of the concert I’m preparing for. It’s about creating an atmosphere and telling a story to the audience. The more preparation, the better the performance!

How do you evaluate yourself after a performance?

I live in the moment and I take in every second of being on stage. The report with an audience it what makes a live performance so special and there’s nothing like it. It takes a while until I come down on earth after each performance, that’s why I like spending time talking to the people who come to my concerts. Evaluating myself after a performance means finding what can I do better or different for the next concert- it’s about striving for that perfection that will never be reached, and that’s the beauty of music!

You have been part of the Royal Philharmonic Society/YCAT Philip Langridge mentoring scheme. You are also the first pianist to be mentored by Imogen Cooper. What have these experiences brought you?

Every teacher or mentor I had the opportunity to be around has changed my life in some way or another. Being mentored by someone is not just about being taught about the music, it’s about them opening new doors, thoughts, ideas that you never thought of. One of the most special memories of my time with Imogen was going to the cinema together to see a film about Pina Bausch, the wonderful German choreographer and dancer. I remember talking about how movement relates to music afterwards and how inspiring it was to witness the genius behind this incredible artist. Another encounter with Imogen was at the Victoria and Albert Museum in London to see an exhibition on Serge Diaghilev and the Ballets Russes, which was simply fascinating. All these experiences change you, they make you thirsty of more knowledge!

Your own production, The Nutcracker and I, premiers this December at Barbican’s Milton Court. What is this project about?

The Nutcracker and I, by Alexandra Dariescu is a groundbreaking multimedia performance piece for piano soloist, ballerina and digital animation. I created my own personal take on this much-loved story which sees myself re-imagined as Clara: from little girl dreaming to concert pianist, making use of some amazing technology that has never been seen quite like this before in a piano recital.

It’s a very exciting new way to present a piano recital: on stage there will be myself at the piano, a ballerina and a see-through screen. Clara, the main character is the only real ballerina, all the other characters are exquisite digital animations projected on the screen, all hand drawn and created in advance by Yeast Culture. They follow the music and engage live with myself and the ballerina as they ‘dance’ across the stage.

The process has been a very long but incredibly rewarding one, with hundreds of hours spent on the production. This project has been my life for the last 2 years- I will be the happiest person when we present it to the world in December! The world premiere in London is followed by my debut in Russia, presenting 19 performances in 7 days!

What attracted you to Tchaikovsky and The Nutcracker in particular?

I love Tchaikovsky’s music and especially the arrangements of this fantastic suite. The music appeals to everyone, from children, to teenagers, to parents and grandparents. What draws me to it is the programmatic layer, which leads to my imagination being set free. I used to listen to music stories on LPs when I was little and I can't remember a happier time than that. It’s about the power of dreams, which brings me to my tagline for this project also: I want to inspire the younger generation to Dare to Dream, to work hard and to become who they want to become.

You studied and have been living in the UK for some time now. What Romanian works would you recommend to someone looking to find out more about the country?

I would recommend a tour of the painted monasteries in the North East of Romania, listening to George Enescu’s Ciocarlia, watch an 80s film like“Liceenii”. Perhaps drink a strong palinca and read Liviu Rebreanu’s “Ion” or Marin Preda’s “Cel mai iubit dintre pamanteni”. Read Mihai Eminescu’s poetry and listen to Ciprian Porumbescu’s Ballade. But most importantly, come and visit Romania, I can promise you will fall in love with our beautiful country!

She has been mentored by Imogen Cooper through the Royal Philharmonic Society/YCAT Philip Langridge Mentoring Scheme. A former artist of Young Classical Artists Trust (YCAT) she was a Laureate at the Verbier Festival Academy.

This season, she will complete her trilogy recording of Messiaen and Faure preludes which compliments the previously released CDs of Chopin/Dutilleux and Shostakovich/ Szymanowski preludes (Champs Hill Records).

Also, the premiere of her own production, The Nutcracker and I, by Alexandra Dariescu, a ground-breaking multimedia performance created for piano solo with dance and digital animation, will take place at Barbican’s Milton Court, followed by performances at Moscow’s International House of Music, the Stavanger International Chamber Music Festival and multiple tours to China.

She will perform at the Enescu Festival on September 14. Further info here.