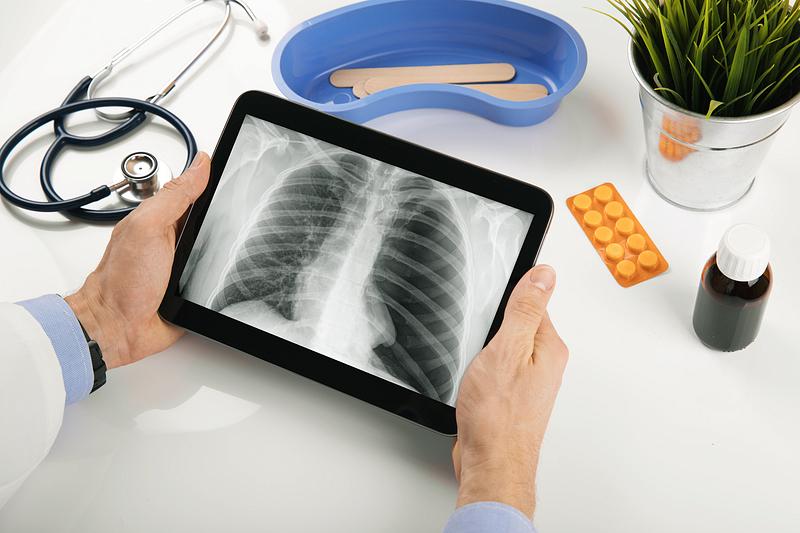 A medical platform that uses artificial intelligence to interpret pulmonary x-rays has been introduced at the Pius Brînzeu Emergency Hospital in Timișoara, a city in western Romania.

The platform, called XVision, was developed by the startup MedTech XVision, established in 2018, in Timișoara.

The app, a first in the country, allows doctors to interpret up to 200 pulmonary x-rays per day, 20% more than what currently happens. It works as a second opinion doctors can use in making a diagnosis.

At this point the app generates data exclusively related to the thoracic area but it is to be developed so as to provide info on x-rays of upper and lower limbs, and, later for CT scans and MRI scans.

The platform is currently being tested in other hospitals in Timișoara, Oradea, and Bucharest.

It was introduced after a year-long pilot project at the Pius Brînzeu hospital, aimed at improving the algorithms used in analyzing the x-rays and making the interpretation process more efficient by prioritizing the cases with pathologies discovered with the help of the platform.

“It has been a very good year for us, both concerning the technical development of the platform and its implementation in hospitals. In 2020 the focus will be on our expansion in as many public and private hospitals in Romania as possible. We are also planning an international expansion,” Ștefan Iarca, co-founder of XVision, explained.

Last year, XVision was selected in the Techcelerator acceleration program, where it raised EUR 100,000 from GapMinder Venture Partners.

In 2019, dr. Marius Mihail Bența, a member of the XVision team, received the Gheorghe and Claudia Mateescu award from International Society of Magnetic Resonance in Medicine Romania for his research work on using artificial intelligence in radiology.

The doctors who wish to test the platform can do so by creating a demo account at www.scan.XVision.app.