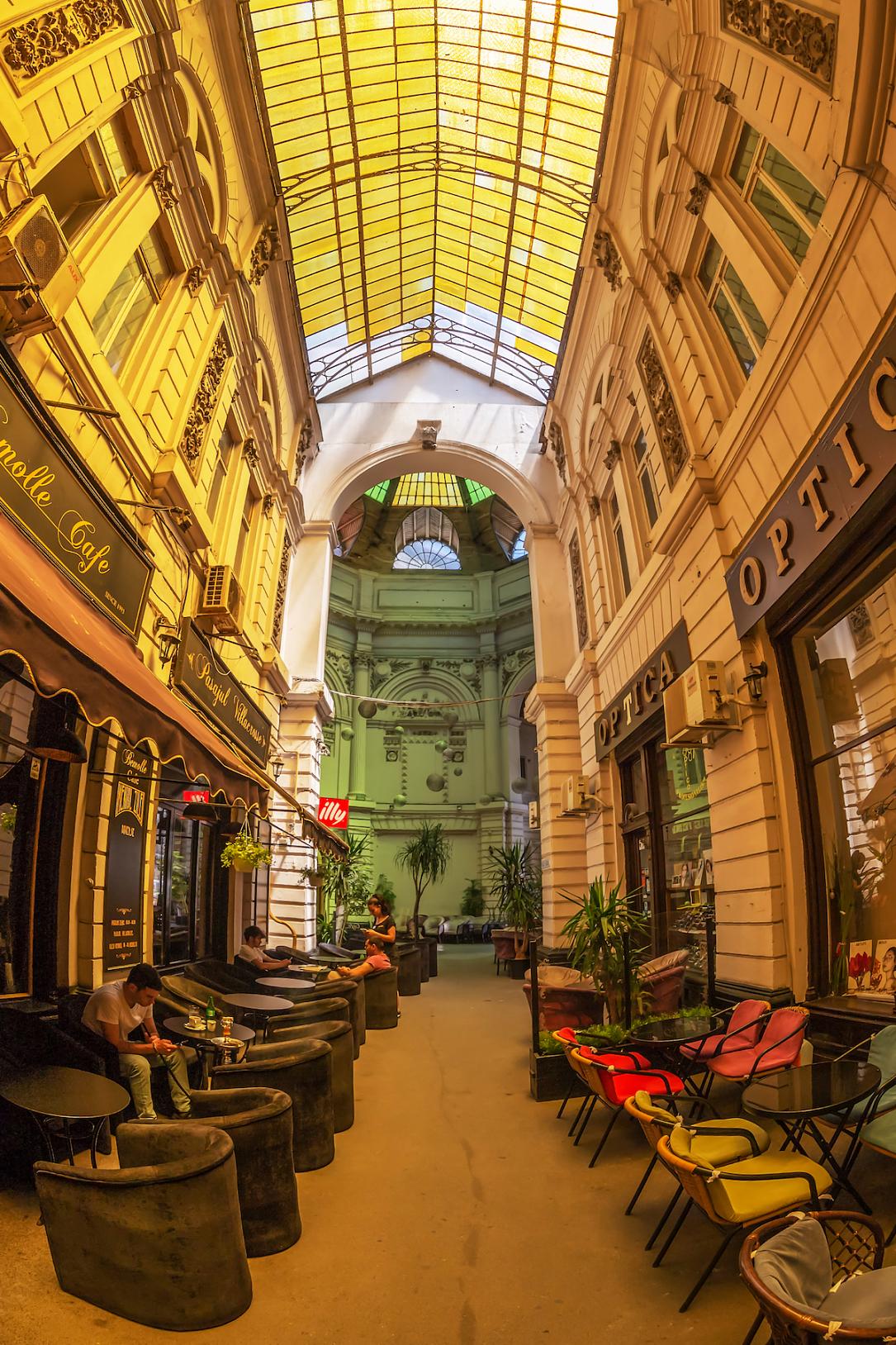 Like any capital city, Bucharest has its top tourist landmarks that visitors need to cross off their list but also surprising venues and history worth exploring. We list some of them below.

One of the best pizzerias in Europe

Discovering the local food is part of the charm of any trip, and the Romanian capital has plenty of venues offering traditional dishes, many of which are meat based. But it also has its share of fine dining venues and hip eateries. Among them, is one of the best pizzerias in Europe, according to travel site Big 7 Travel. Animaletto Pizza Bar was included among the top five, among the 50 pizzerias in Europe reviewed in 2019. To try some of the local dishes head to Caru cu Bere, in the Old Town. Housed in a beautiful 19th century building, the restaurant is also a brewery, one of the oldest in the capital.

Travelers might have heard of the Parliament Palace, described as the heaviest building in the world. It is proof of the country’s not so distant Communist past, which also left the city filled with standardized blocks of flats. But the Romanian capital has another important heritage, that of Art Deco and Modernist architecture, dating back to the interwar period, a more prosperous time, when business and culture developments were met with a variety of public and residential buildings. One of the capital’s best known Art Deco building is Palatul Telefoanelor (Telephone Palace). Standing on Calea Victoriei, it was the tallest building in the capital until the 1950s, at 52.5 meters. Similarly, the new part of the North Railway Station, the now-closed HQ of Arcub cultural center on Batiștei St., the courthouse on Ştirbei Vodă, and the Ambasador and Union hotels are all examples of the architectural style, in addition to residential buildings spread through the capital’s downtown areas.

Bucharest doesn’t lack on clubbing venues and it also offers the advantage of being the second cheapest clubbing destinations in Europe, according to a study by HomeToGo. A night out and accommodation in the Romanian capital costs just GBP 29.77 (some EUR 35) in total according to this study, which is less than a tenth as much as the most expensive destination, Ibiza. The club entry is GBP 7.20 (EUR 8.40), a beer has the price of GBP 1.62 (EUR 1.89) while a mixed drink costs GBP 4.32 (some EUR 5), and a 5-mile taxi ride costs GBP 3.06 (EUR 3.57).

A theater with a sliding ceiling

One of the capital’s best-known theaters, Odeon is housed in an elegant building on Calea Victoriei. Designed by Romanian architect Grigore Cerchez, the building was modeled after the Odeon Theater in Paris, and inaugurated in 1911. Its Majestic hall is one of the few in Europe with a sliding ceiling, still working nowadays. By request, the theater can arrange English-language subtitles for many of its performances, one more reason to check the venue out. Meanwhile, the National Theater of Bucharest opens its rooftop amphitheater for the summer season for various performances, ranging from theater to concerts.

Comana, Sighișoara or Târgoviște are the local destinations more often associated with the Wallachia ruler that is said to have inspired Bram Stocker’s fictional character Dracula. But Bucharest has a link to the historical personality also: Vlad the Impaler’s Castle in Carol Park. The edifice was inaugurated in 1906, at Romania’s General Exhbition, marking 40 years of rule of King Carol I. The building, actually a water tower, is a smaller-scale reproduction of the Poenari Citadel that Vlad Ţepeş built in the 15th century in what is now Argeş county. The castle only opens to visitors a few times a year but it can still be admired from the outside, and Carol Park is definitely worth a visit in itself, if not for the nature and many monuments for the view over Bucharest.

In the norther part of the capital, Dimitrie Gusti Village Museum holds an extensive patrimony of rural households representing all geographical regions of the country. A visit there is a unique opportunity to learn more about the traditional Romanian village life, while walking past the old houses and courtyards full of flowers. It is the second best thing to finding these houses in the middle of dusty villages, somewhere in the country. And a must for anyone who wants to understand Romania better.

Cărturești Carusel is definitely one of the most beautiful bookstores in Bucharest and in the country and an example of how culture can find a place in an area of the capital known mostly for its many bars and restaurants. The elegant, 19th century building, which the Chrissoveloni family of bankers owned beginning with 1903, houses the six-level bookstore that comes with a bistro on the top floor, an art gallery, and a multimedia space. The bookstore has a selection of English-language titles as do other units in the Cărturești chain. We also recommend checking out Cărturești Verona, on Magheru Boulevard. Its leafy garden – terrace is a good spot to spend a summer evening.

Close to the city center, Văcărești Nature Park is sometimes called the Bucharest Delta.  An example of how nature can reclaim its spot and rights, the park is home to a multitude of species of birds, reptiles, and mammals such as otters, foxes or weasels. The 189 hectares site stands between Calea Văcărești, Olteniței Road, the Vitan-Bârzești Road and Splaiul Dâmboviței.