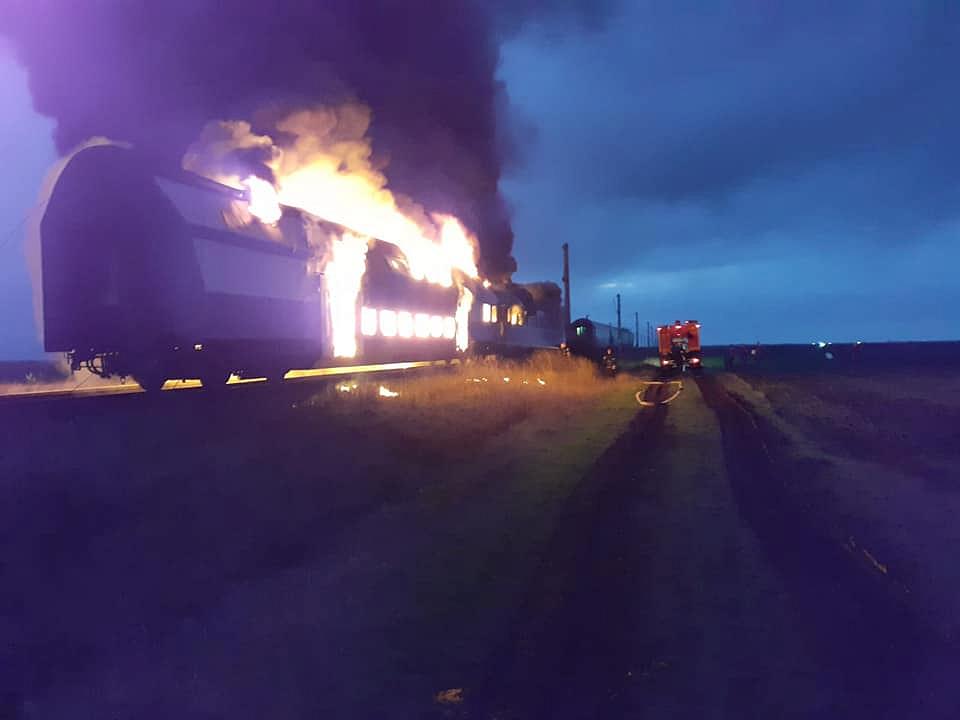 A passenger train traveling on the Bucharest - Targu Jiu route caught fire on Tuesday afternoon, November 26, near the Maldaeni commune in Teleorman county, in Southern Romania.

There were about 100 passengers in the train and, according to the Teleorman Inspectorate for Emergency Situations (ISU Teleorman), only one person needed medical care after inhaling smoke. He is a CFR employee.

Two of the train’s five wagons burnt down entirely.

Military firefighters arrived at the scene at around 16:45 on Tuesday and extinguished the fire. The passengers in the two wagons that caught fire got out by themselves and one of the CFR employees managed to decouple the wagons from the rest of the train.

ISU Teleorman said that the fire was most likely caused by a short circuit.