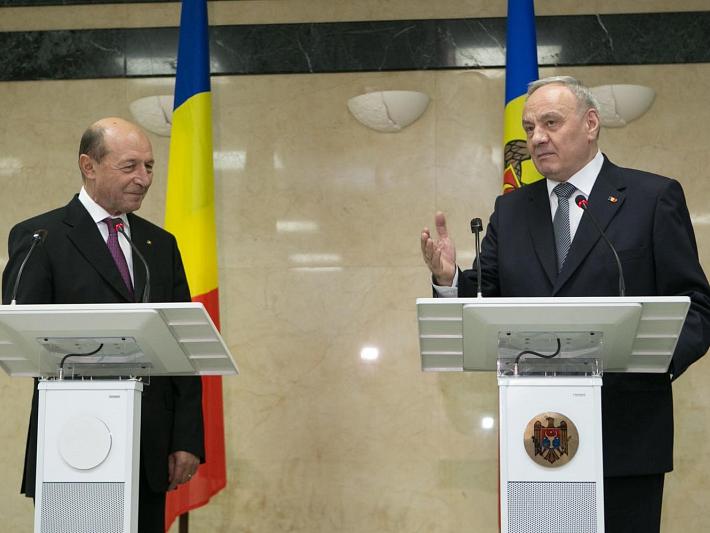 Republic of Moldova President Nicolae Timofti (right) has signed the decrees via which Basescu and his wife got the Moldovan citizenship on June 9, according to a statement of the Moldovan Presidency. The decrees are to be published in the Official Gazette and then the Basescus will take the oath.

When asked if he was happy with this decision, Traian Basescu said: “I’ve had an obligation, I’ve publicly committed to asking for Moldovan citizenship. I’ve learned today that President Timofti signed the decree. I’m pleased.”

However, Igor Dodon, the leader of the Socialists Party of the Republic of Moldova (PSRM), also commented the situation. He said that Basescu would be a citizen of Moldova for a very short time as the decree would be canceled after the Presidential elections, which he expects to win.

“Basescu will enter in Moldova’s history as the person who has been a citizen of Moldova for the shortest time,” Dodon said, cited by Agora.md.

Moldova will organize its first Presidential elections this fall. Until this year, the President has been elected by the Parliament.

Basescu had announced his intention to get Moldovan citizenship in 2013, while he was still the President of Romania. He applied for citizenship in March this year.