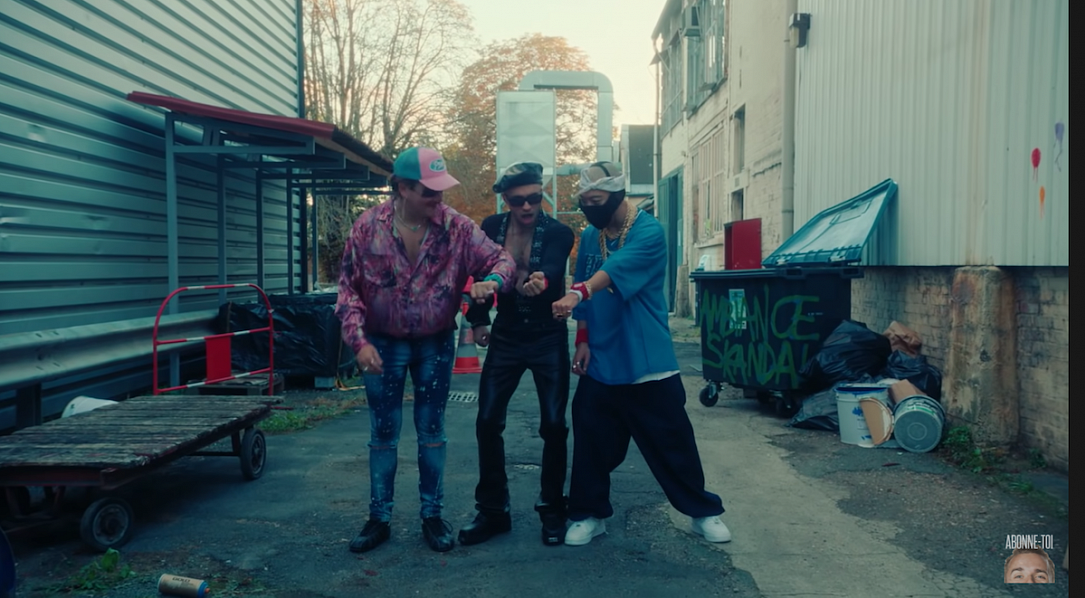 Squeezie, a very popular French vlogger with more than 16 million subscribers on YouTube, launched a song in Romanian about a week ago, and the video went viral. Inspired by the 2000s music, Time Time gathered more than 11 million views on YouTube by Monday, November 22. It also climbed high in the rankings of the most listened to titles on Deezer or Spotify in Romania and France.

Earlier this month, he launched a new challenge: two teams had three days to write, compose and perform “a hit of the 2000s.” Two songs were born from this crazy idea, and one of them is Time Time, performed by the group Trei Degete (which also includes Squeezie). The song is a parody of 2000s hits like the famous Dragostea din Tei by O-Zone. According to Rfi.ro, a Romanian woman helped Squeezie and his two friends learn Romanian for their new song.

The other song is called Offishal and is performed by Ambiance Skandal. On YouTube, the video has gathered more than 6.7 million views so far.

Squeezie also put a physical version of the singles on sale, available in Lidl stores in France, according to Rfi.ro. Profits from their online or offline sale will be donated to Secours Populaire.