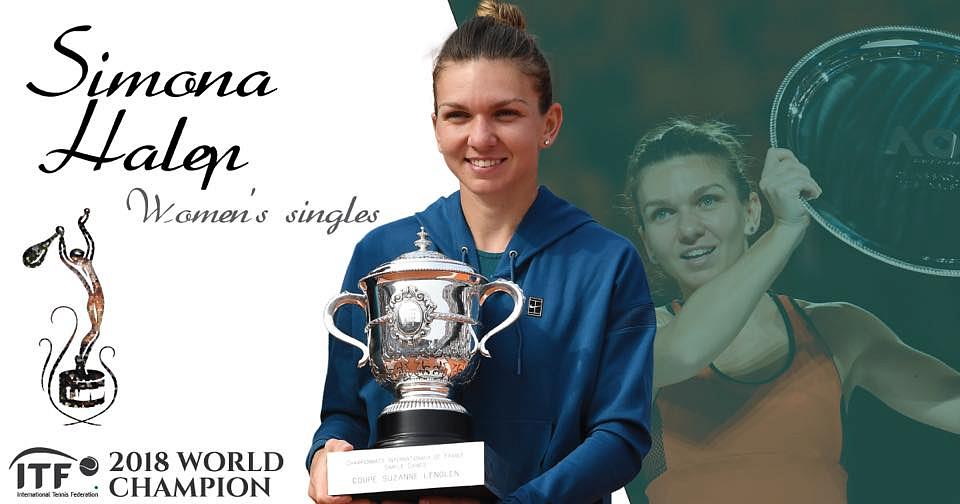 The International Tennis Federation (ITF) announced that Romania’s tennis star Simona Halep, the world No.1 in the WTA singles ranking, and Serbia’s Novak Djokovic have been named the 2018 ITF World Champions.

While the ATP No.1 Djokovic received the honour for the sixth time, this was a first for Halep.

“It's a great honour to be named as ITF World Champion for the first time. I had an incredible year, winning my first Grand Slam at Roland Garros and finishing the year as world No.1. To be recognized in this way is really special and provides extra motivation to keep working for next season,” Simona Halep said, quoted by Itftennis.com.

Halep also reached the Australian Open final this year and has spent 40 weeks of the year ranked as World No.1.

Earlier this week, during the Romanian Tennis Gala, Simona Halep and Marius Copil were named the best tennis players of Romania in 2018.