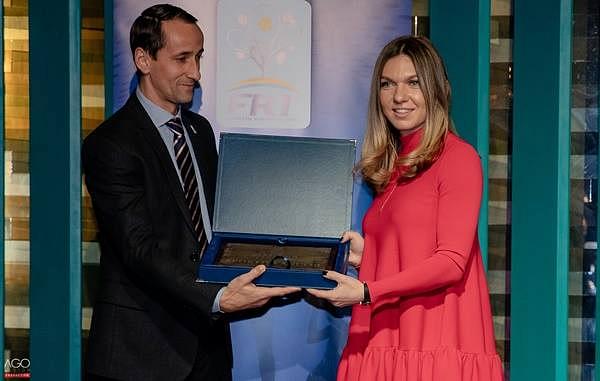 “In 2018, the year when she won her first Grand Slam title in Paris - where she won the Roland Garros final, the year when she kept the top spot in the WTA ranking, Simona Halep is the best tennis player in the world and, of course, the ‘Athlete of the Year” in Romania,” FRT said in a press release.

Meanwhile, Marius Copil, who managed to enter the Top 100 ATP, received the Athlete of the Year award in the men’s category.

In addition, tennis players Irina Begu and Horia Tecau, two of Romania’s best players in doubles matches, were name Athletes of the Year in the doubles category. Moreover, Mihaela Buzarnescu got the award for the Most Spectacular Ascension in Women’s Tennis, after climbing from the 337th place in the WTA ranking two years ago to the 20th place this year. Monica Niculescu also got a special prize on Tuesday evening, for Longevity in Top 100 WTA.