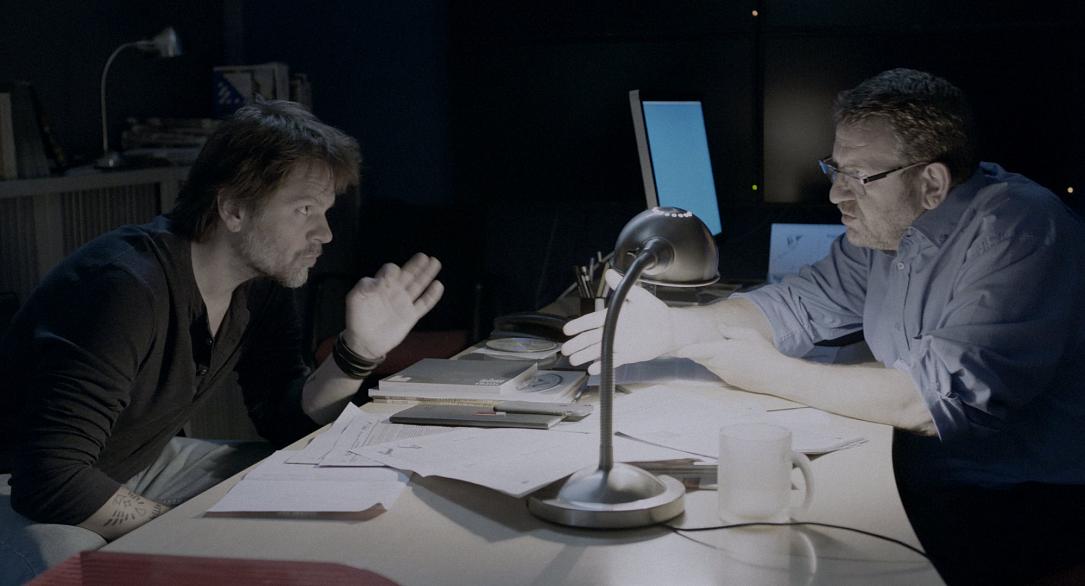 Local distributors must have decided that the period before Christmas is a great one to release titles, because no less than four films have been launched since the end of November. If you are blessed with a proper cinema network in your city, you could catch Anca Damian’s Moon Hotel Kabul, Mihaela Popescu’s În pronunțare/Yet to Rule, Hadrian Marcu’s Un om la locul lui/A Decent Man, and Florin Șerban’s Dragoste 1. Câine/Love 1. Dog.

What they all share, coincidentally, is a male hero in some sort of crisis, and an assured sense of style. The review today focuses on A Decent Man and Moon Hotel Kabul, while the remaining two will follow next week.

A Decent Man is what the protagonist thinks he is about to become, but decency is, as with all matters in life, a blurry matter. Hadrian Marcu’s solid debut centres on thirty-something Petru, who has been drifting along so far, having a seemingly good job at a construction site and preparing the wedding to his girlfriend who got pregnant, apparently by accident, but this might be the best reason to finally settle down. When his past (or maybe also present) married lover gets into a serious accident and is treated at the hospital where his girlfriend works, he is quickly caught up by his choices (or rather the inability to make them). None of this is original or world-shattering material, and the film tries very hard to remain drama-free (sometimes to the point of being sedated), but it is a mature take on an immature protagonist and on choosing one's path in life.

A more interesting version of a man's transformation is Moon Hotel Kabul (opening photo), a gripping genre mix from Anca Damian, a versatile, always-surprising director, and this time she doesn't disappoint either. Her film starts with the promise of a thriller when a seasoned journalist returns to Bucharest from Kabul to find out the translator he knew there and with whom he shared a brief sexual encounter has committed suicide. But things are never what they seem, especially not in conflict areas, and the protagonist finds himself on a journey of which we suspect will end in disclosing what actually happened. But things are seldom what they seem in cinema as well, and the film takes a surprising turn to a more intimate, personal story when he returns the dead woman’s body to her family to be buried. None of this is ground-shaking, original content either (the cocky, self-centred man coming to terms with his life and faults is the stuff of way too many films), and some narrative choices are misguided, but it all works much better than I thought it would, thanks to Damian’s confident direction, a great cast, and ace director of photography Dominique Colin. I also enjoyed the reversal of roles, even so subtly (I suspect thanks to the female perspective), in which the dead heroine is truly the one without fear. If you were wondering where the thrilling, edge-of-your-seat Romanian films were, this one fully delivers.