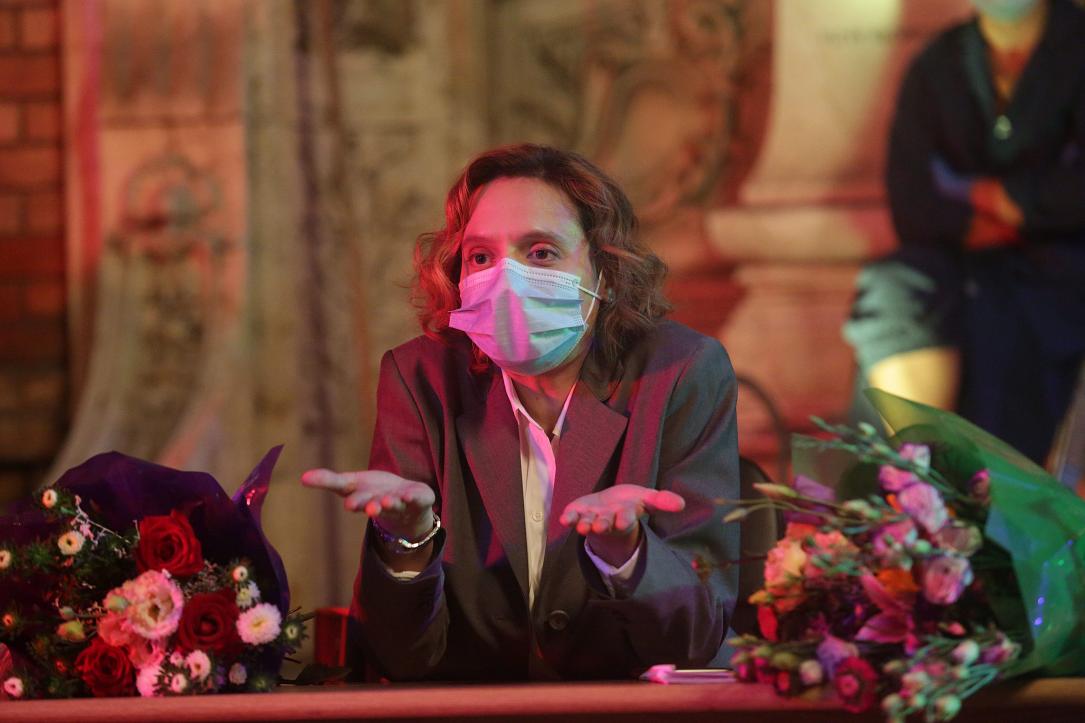 The Berlin International Film Festival (or shorter, Berlinale), one of the leading film festivals worldwide, was lucky enough to be the last major festival to take place physically before the world locked down in March 2020. This year they were hoping to be fortunate again and for cinemas to open, but instead of the physical edition planned for February, the fest held its industry events virtually between March 1 and March 5 and will show its films in cinemas for a live audience in June.

The newer section Encounters, a bit more daring in terms of approach and form, was also great, most of all Alice Diop’s winning documentary Nous, immensely moving and insightful, Ramon and Silvan Zürcher's striking The Girl and the Spider, and Denis Côté’s fun, Covid-appropriate Social Hygiene. The more experimentally-minded Forum was solid, with a number of very good documentaries, while Panorama also had its delights, like Milica Tomović’s Celts.

The rightful winner of Generation, dedicated to children and youth, was Fred Baillif’s heartbreaking The Fam. Cruising through the titles was a surprisingly smooth and pleasant affair, for sure because they were fewer, but because there was no need to rush across town to a different location and queue again. A lean and neat week, although the joy of watching a film in a full theatre was sorely missed.

This was especially true for Bad Luck Banging, a film I would have loved to see in a roaring, full cinema because it is a hoot. A fearless, foul-mouthed take on prudishness in this country and the many, many expressions of prejudice (everything is here, from misogyny to racism), Jude's comedy follows a history teacher at a prestigious Bucharest school after her sex video was uploaded online. The film is structured in three parts, the first is said video (boy, is everyone in for a surprise here) and the heroine walking through the hot, aggressive city on her way to a crisis meeting at school with parents and the headmistress in what is the third episode, where Jude leaves no form of hypocrisy and delusion unscathed. Sandwiched between is a delightful glossary of terms relevant for the film and generally for life. No wonder the Jury gave it the main prize, Bad Luck Banging is smart, irreverent, playful, and topical in every sense, even pandemic-wise. It was also the scream-out-loud funniest.

But as spectacular as Jude’s win is, it is not the only one for Romania this year. The Panorama section (dedicated mostly to young talent) featured a co-production with Turkey, Ferit Karahan’s Okul Tıraşı / Brother’s Keeper, a stark look at a draconian school for Kurdish boys in the wintry Anatolian mountains, where the kids are educated with methods that seem to be from last century. The gripping film was awarded by FIPRESCI, the jury of international film critics.

A lovely addition to the winners' list is the Golden Bear in the Shorts competition. Olga Lucovnicova’s Nanu Tudor / My Uncle Tudor is personal, delicate, and tells a very necessary story; a wonderful win for a young filmmaker. The film is set in Moldova, spoken in Romanian, and a Belgian, Hungarian, and Portuguese co-production.

The perpetual problem of the local film industry, or rather its lack of structure and embarrassingly poor funding is nothing new, but the pandemic, among others, brought the discussion to the forefront again, and it would be good to see things finally moving in a better direction with these new wins. For now, I hope the films will be released in theatres and seen by as many as possible. But mostly, I am giggling already at the thought of Jude’s improper title being everywhere and all the jaws dropping collectively. This one will make a splash and a scandal, and I can’t wait.