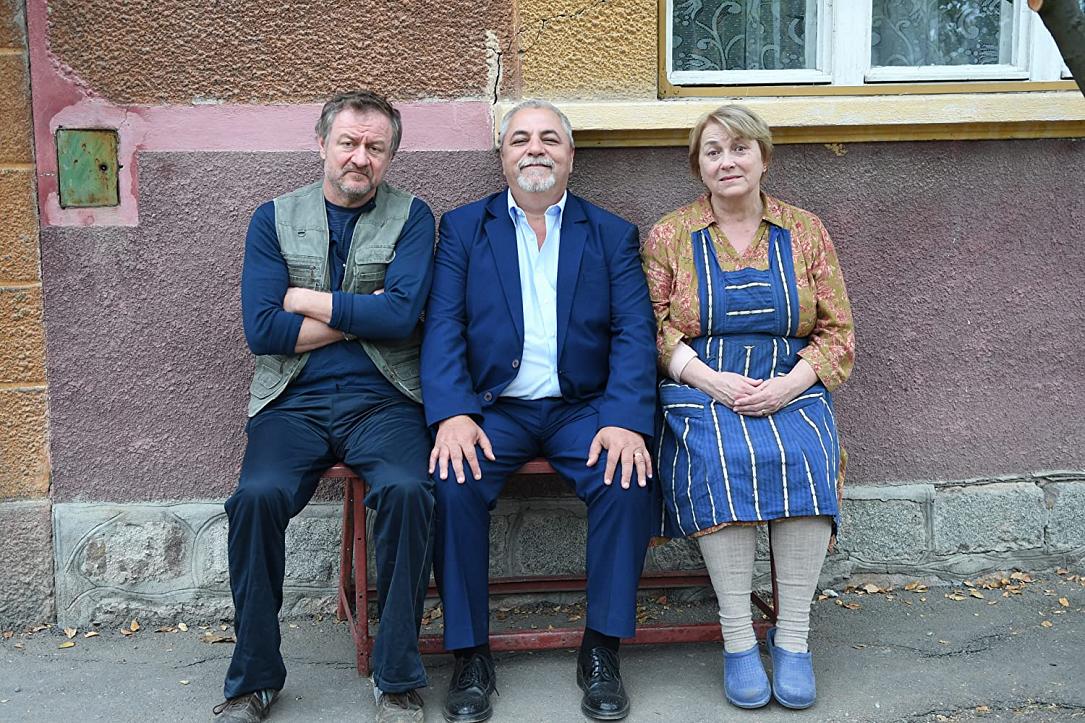 As cinemas reopen in Bucharest and other big cities in Romania, here is a selection of Romanian movies you can find on the big screens.

Cinemas are open in Bucharest, hopefully not just for a brief period, and if you've missed them, Elvire Popescu, the cinema at Muzeul Țăranului Român, and Union are showing Marian Crișan’s Berliner/The Campaign, a welcome addition in the current times and distribution schedule, a light, amiable comedy. Set once again in Crișan’s native Salonta (a small town at the border with Hungary and the setting of his lovely 2010 debut Morgen), the film focuses on a corrupt Bucharest politician with grander plans for the European Parliament who happens to get stuck in Salonta after his car breaks down and he is hosted by a kind local tractor driver.

The ruthless politician and the more naive provincial fellow are a classic comedic duo of opposites, at least in the beginning, and to say more would be to spoil the movie (although it's not a shocking surprise, and certainly not the most subtle). While less memorable than Morgen, a film with a similar motif and setting, Berliner is a pleasant companion, and it shares its love for the protagonists and their small communities. The film is also shown in Oradea and Iași.

Alina Manolache’s feature debut Copii pierduți pe plajă/Lost Kids on the Beach was also screened at Elvire Popescu this week, with hopefully many more screenings to come (you can check any updates here). The personal documentary follows the director, born in 1990, talking to others of her generation, basically the first of the Post-Communist era in Romania, a generation who came of age during some wild, fast-changing decades. The people she meets on her travels confess to feeling a bit lost, but also share a certain optimism about their and the country’s future. As a starting point for the “lost” metaphor, Manolache picks a phenomenon of the 1980s and 1990s, with kids getting lost at the full beaches of the Black Sea and the local radio station constantly airing snippets with the child’s description in the hope they could be found fast. This was really a thing, whoever went on holidays to the seaside back then must remember these radio features, and either got lost themselves or know of others who did. Most cases ended happily, with the kids found a bit farther away. This (deceptively) simple collective occurrence leads Manolache (who did not get lost herself) to drive around the country, announcing through a megaphone mounted on the production van that she was looking for people between 28 and 30 who got lost on the beach as children or knew others who had. It might seem like a very random feature for selecting her subjects, but the ones she meets this way are patiently and unobtrusively observed, and their musings on life are universally valid. Manolache’s film is insightful, delicate, often funny, visually beautiful, and ultimately very moving. For me and the friends I talked to about it, it brought to life the (sometimes forgotten) memory of the lost children. And this alone is a feat of the film, the ability to make us talk about such a personal and at the same time collective fact in our lives, as I assume other viewers will have the same reaction, and be overcome with the various memories and emotions that came (and might still come) with it. Manolache is a name to watch out for, and if you want to catch more of her work, don‘t miss the documentary she made for The Guardian together with Vladimir Potop, 2020: A Covid Space Odyssey.

If you hesitate at the thought of a real theatre, you can catch Dan Chișu’s latest, Nouă povești de dragoste și ură în izolare/Nine Stories of Love and Hate in Isolation on Cinepub (video is also embedded below). The film has a freewheeling, improvisational feel, it is both a documentary and a feature experiment, about a director (Chișu himself) who asks a few older collaborators (named by their real-life names) to work with him on a film set in the pandemic, each working from home on their bit (actors and the technical crew). The episodes are all infused with the confusion, frustration, but also the optimism of the first lockdown (how adorable the thought that all would pass in a few weeks), and alternate between hysterical, funny, absurd, or utterly sad. The film is recent, but it already feels like a document of a time long ago now, when we are now in the second (or almost third wave of Covid, depending on who you ask). While a movie on lockdown might not be everyone's first choice, I have to say I was unexpectedly moved by how it took me back to the absurd time a year ago and made me realize once more how fast things can change. It also left me in admiration of Chișu's prolific output, since his previous film 5 Minutes too Late was in cinemas just a few weeks ago.