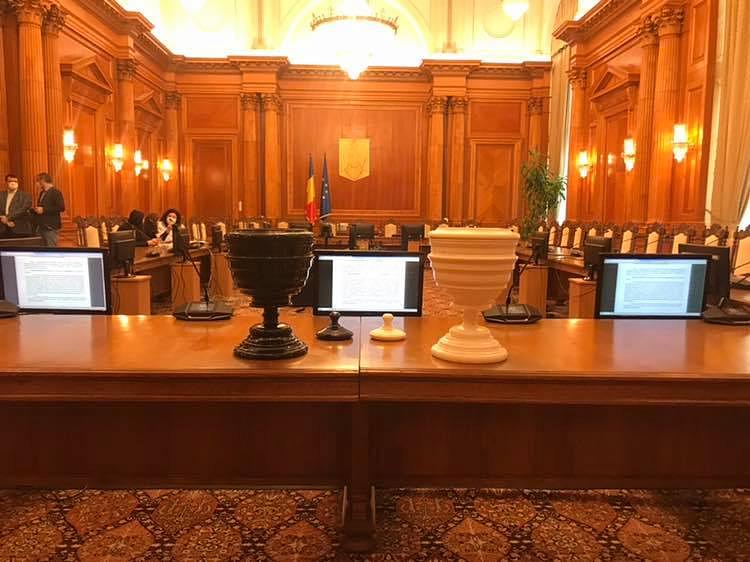 This is the fastest investment of a Government in Romania in the last 30 years and comes as a response to the coronavirus crisis. Romania now has a Government with full powers to take the necessary measures to contain the Covid-19 epidemic and to limit its negative impact on the local economy.

The irony is that the new Liberal cabinet led by Ludovic Orban, which is the same as the old Government dismissed by no-confidence motion on February 4, was invested with the votes of the Social Democratic Party (PSD), which also voted for the motion against it at the beginning of February. Meanwhile, most of the Liberal MPs were not able to attend the vote because they are under isolation at home after one of their colleagues was found infected with the coronavirus.

The Orban 2 cabinet received 286 votes for, more than the first Orban cabinet got in November 2019. Only Pro Romania, the party of former PM Victor Ponta, and several unaffiliated MPs voted against the Government.

The Government members will be sworn in this evening at the Cotroceni Palace. However, as most of the ministers went into self-isolation on Friday, after the Liberal MP was confirmed with Covid-19, special measures were decided for the swearing-in ceremony, to which, theoretically, president Klaus Iohannis should also be present.

The National Committee for Special Emergency Situations decided on Saturday that members of the Government and high-ranking officials from the institutions belonging to the national security and defense system, can go out of isolation, keeping a distance of at least 5 meters from other persons who are not in isolation, and with the obligation to wear the protective mask, exclusively for the performance of the obligations expressly provided by the Constitution and strictly during the performance of these obligations, according to G4Media.ro.