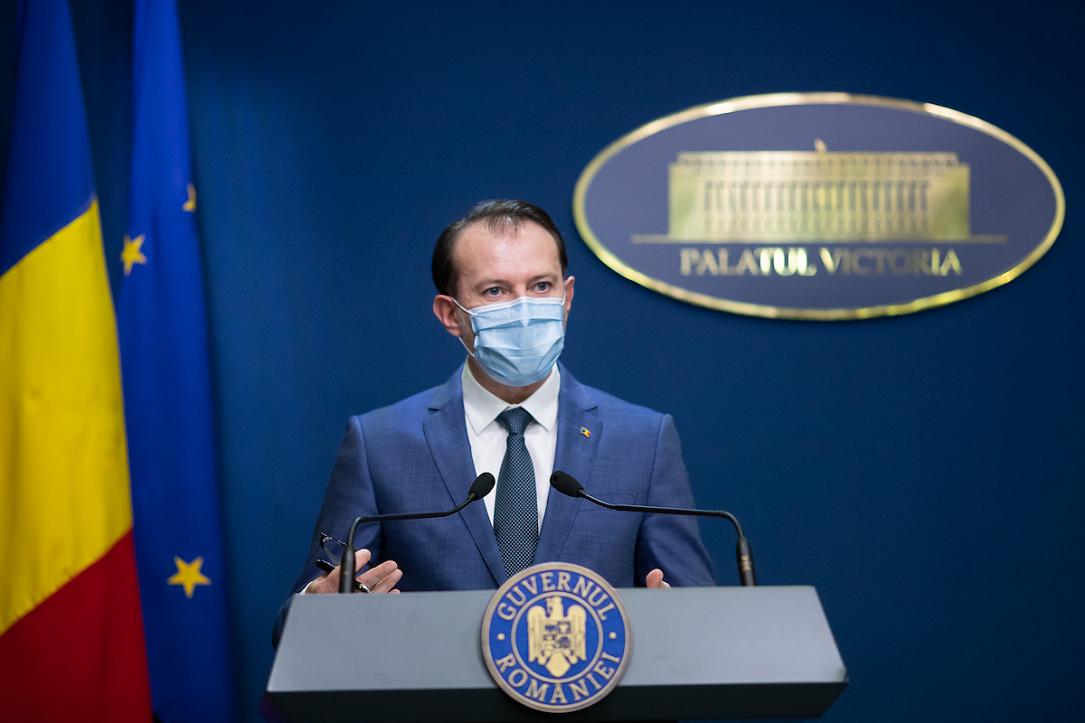 Romania's new center-right Government, headed by prime minister Florin Citu, announced its first economic measures. The package is a combination of tight income measures aimed at reaching the 7%-of-GDP budget deficit target for 2021, on the one hand, and further support extended to companies and employees hit by the coronavirus crisis, on the other.

The set of measures, already criticized by the Social Democratic opposition as an "austerity package," essentially includes freezing the wages and other benefits in the budgetary sector for the whole 2021 at the level of December 2020. This will, among others, allow the Government to defer increasing the Education Ministry's budget to 6% of GDP in line with a law that has been in force for several years but never observed.

The wages in education were supposed to rise by 16% in September 2020. After the Government decision, this measure will be deferred until at least the end of 2021. However, the 16% rise was scheduled in advance, in 2019, during the Social Democratic ruling. It aimed to bring teachers' wages in line with the 2022 target under the law to implement a fair income policy in the budgetary sector.

The law on public sector wages and particularly the way it has been implemented so far needs to be reviewed, prime minister Citu explained when announcing the measure of freezing the incomes in the public sector. "All kinds of anomalies and exceptions have occurred," during the implementation of the law," he argued.

"The incomes [in the budgetary sector] will remain at the level of December 2020, until we have an analysis of the effects and implications of the wage law, of the exceptions that have constantly appeared, and on how it was modified and applied - incorrectly, I believe, in recent years," PM Citu stated quoted by News.ro.

However, freezing the wages in the budgetary sector may be insufficient for curbing the ballooning public payroll. In November, Citu himself, as finance minister at that time, spoke about an audit to be carried by each ministry to identify unnecessary personnel. The "lazy, underperforming" employees will be dealt with, he announced at that time. The statement addressed the concerns related to the sharp income rise in the public sector in the context of the low quality of public services delivered. Tougher criticism had been expressed by Citu and Liberal officials while in opposition, as the Social Democrat Governments were hiking the public sector wages and benefits.

The minimum statutory wage will increase by 3.1% as of January 2021, an increase promoted by the Government as higher than the inflation and criticized by the opposition as lower than expected. The minimum wage's robust hikes have played a key role in boosting household revenues, private consumption, and economic growth during the years of Social Democrat ruling.

The Government will also keep subsidizing the loans extended by banks to companies under the IMM Invest program, under an ordinance to be passed in early January. Furthermore, the Government promised a state aid scheme for HoReCa with a budget of EUR 500 million. Under the program, the state will cover part of the drop in incomes HoReCa firms incurred in 2020 compared to 2019. The Government will also give holiday vouchers to budgetary employees in 2021 to boost domestic tourism.