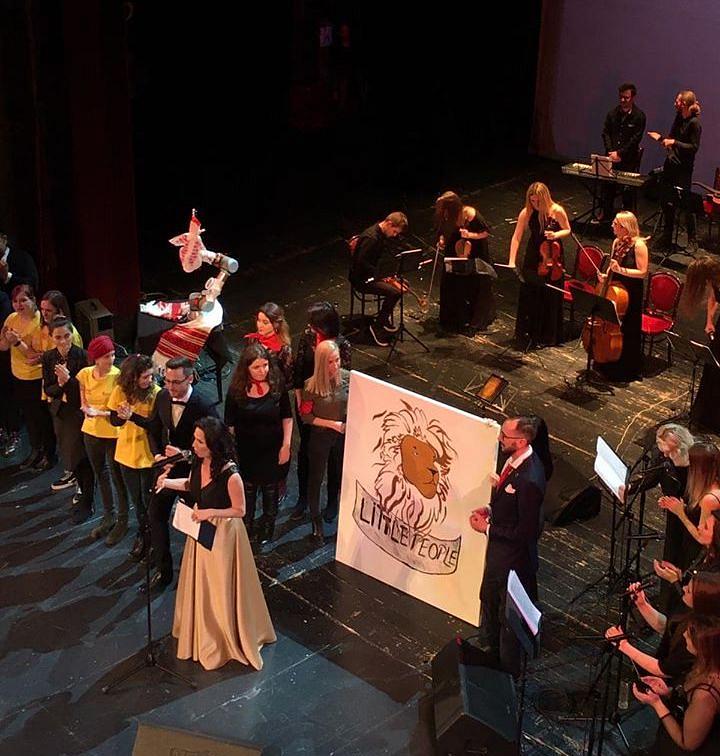 A robot conducted a charitable concert held at the National Theater in Cluj-Napoca on Thursday evening, February 6, local Mediafax reported. This was the first live orchestral performance conducted by a robot in Romania.

The robot can conduct three styles of music, according to Calin Baidoc, the founder of the company that made the robot. They used a 3D printer to make the top part of the robot, while the rest came from Denmark.

Baidoc said the robot asked to do “something more beautiful” so they dressed it in a Romanian folk costume, “taught it to say hello, to shake hands and to direct, for the first time in Romania, three styles of music - symphony, rock and folk” at this charitable concert.

“Because it’s just starting, the robot assisted the conductor Razvan Metea, from whom he will learn based on artificial intelligence and the software he is equipped with,” Calin Baidoc explained.

Conductor Razvan Metea said the experience, which was also a first for him, was interesting.

The funds raised at this charity concert will be directed to an association helping children with cancer.