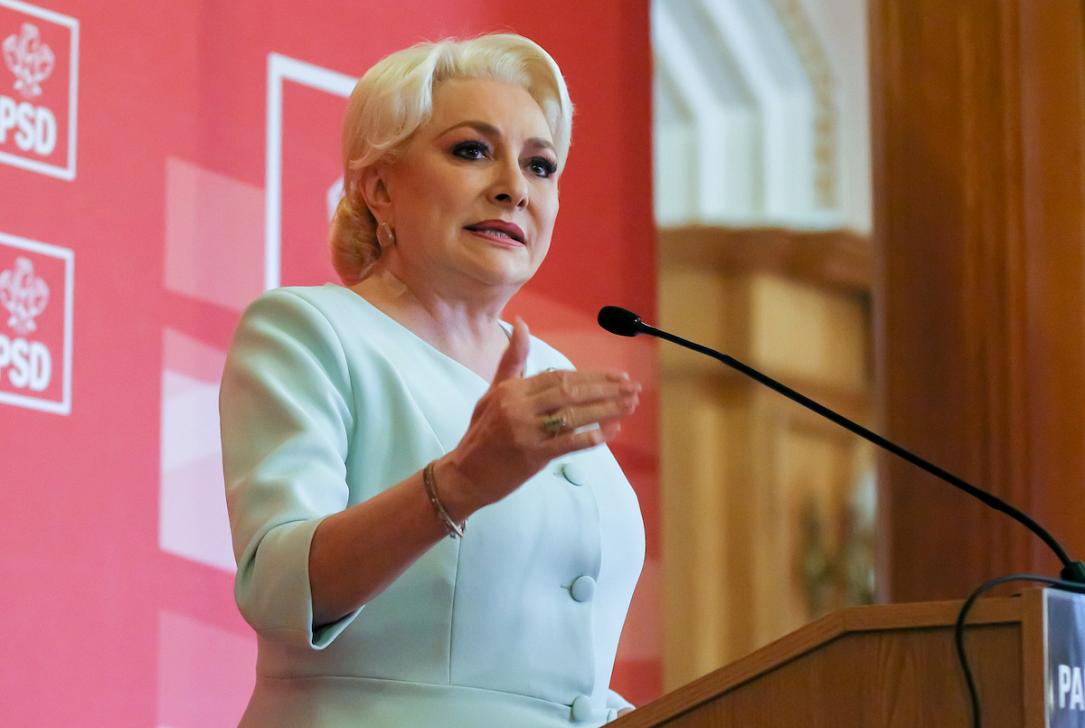 The murder of two teenage girls in the town of Caracal, in Olt county, has not only sparked public outrage but also triggered yet another quarrel between the ruling coalition and the president over the justice changes promoted by the governing power and adopted by the Parliament over the last two years. Moreover, the prime minister talked about a possible referendum aimed at introducing harsher punishments for murder or rape.

The news broke out last Friday that the Police found possible human remains at the house of a man in Caracal, and that the remains could belong to a 15-year-old girl who went missing on Wednesday. The media began linking this case to another similar one that occurred in April when an 18-year-old girl disappeared under the same circumstances. The suspect (picture below) was arrested and admitted to killing the two girls.

The case sparked public outrage in Romania as information started to emerge about the authorities’ chaotic response in this case. The 15-year-old girl who went missing on Wednesday managed to call the emergency number 112 at about 11:00 on Thursday morning and tell the authorities that she was being held captive in a house. However, the Police and prosecutors apparently managed to locate the kidnapper’s house after many hours, and they organized the search only on Friday morning, at about 06:00. Part of the accusations are directed towards the Special Telecommunications Service (STS), which failed to provide the girl’s exact location, but also towards the late actions of the Police and prosecutors.

Thousands took to the streets in Bucharest and other big cities across Romania, and even in Caracal, over the weekend, outraged by the way the authorities reacted in this case. People believe the 15-year-old girl could have been saved if the authorities would have managed to locate the call faster.

Meanwhile, the entire case fueled another quarrel between the top political players in Romania. Prime minister Viorica Dancila, who is also the president of the ruling party PSD, said on Saturday that she considers calling a public referendum aimed at introducing harsher punishments for murder, rape, and pedophilia. She also said that an inter-institutional working group is working to find “urgent measures aimed at improving the response time in critical situations,” and that the Parliament would work to “correct legislative shortcomings” identified by this inter-institutional group.

On the other hand, while president Klaus Iohannis agreed that some changes are needed to “prevent other similar tragedies from happening,” he also said that the Romanian Government “should consider whether it is the moral author of this tragedy.”

“The trampling of the laws of justice, the criminal codes, and the institutions responsible for citizen safety has been and is one of the guidelines of this parliamentary majority. I heard the prime minister's appeals not to politicize this situation. It would be an honest call if it came from honest people who are looking for open and honest solutions to solve the situation. When it comes from those who have massacred laws, fired competent people to hire relatives, cut the punishments for some criminals, and tried to politically subordinate the entire judicial system to escape responsibility, when these people make calls as if they had nothing to do with it, they no longer have any credibility and their calls are worthless,” Iohannis said.

“Following the repeated interventions on the criminal and procedural criminal law, as well as in the context of the latest actions of the new instruments invented by the PSD, the cooperation between the police and the prosecutors has become deficient, and the one who suffers is the Romanian citizen,” he added.

On the other hand, Calin Popescu Tariceanu, the president of junior ruling coalition partner ALDE, believes there is no connection between what happened in the Caracal murder case and the justice laws. He also called Iohannis’ statements “foolish remarks,” according to local News.ro.

Meanwhile, the local “Justice Initiative” Association said in a press release quoted by G4media.ro that the changes to the criminal law made in the Parliament do have consequences in the Caracal murder case. For example, if found guilty, the main suspect can’t be sentenced to life in prison because he is older than 65 years. Moreover, he can benefit from early release after serving half of the sentence.