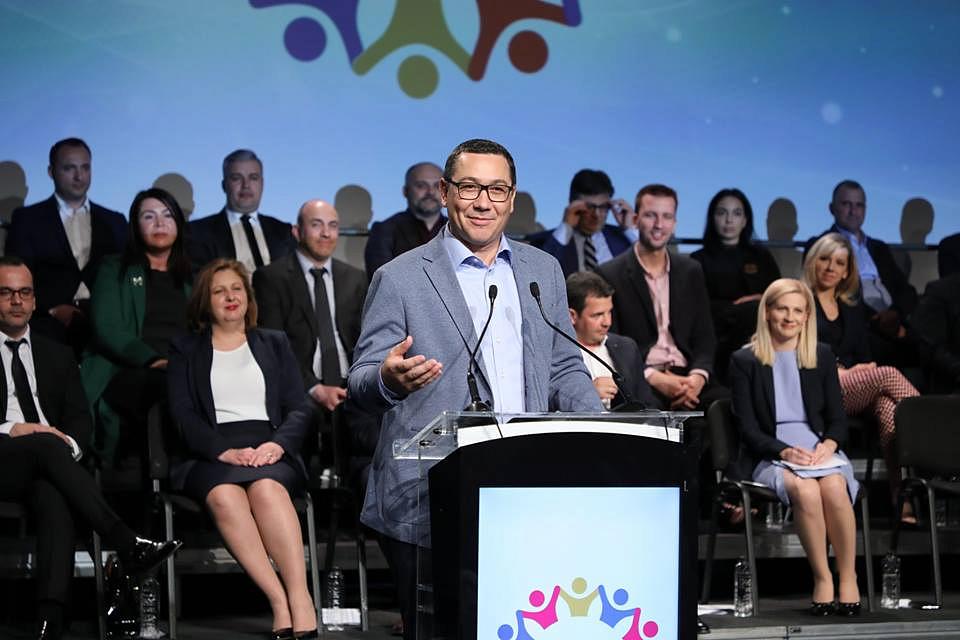 Former Romanian prime minister Victor Ponta expressed hopes that his once fellow Social Democrats would follow him and form a centre-left ruling coalition after the cabinet of prime minister Viorica Dacila is overthrown by no-confidence motion on Thursday, he said on Monday, October 7.

Ponta added that a new parliamentary majority, formed by PSD and Pro Romania as implied by his statements, would emerge on Thursday.

As for the prime minister, he will propose “a prime minister who comes neither from Pro Romania nor from PSD.” “We know him, we all support him, a person who worked in governments,” Ponta said.

Asked who he considers for PM, Ponta said: "I'll tell you on Thursday night. (...) I already have two or three names that we have to discuss with PSD, and with President Iohannis, because we need his support as well. They are normal people, professionals, pro-Europeans, who are not party member as of today,” G4media.ro reported.

Victor Ponta served as prime minister of Romania from may 2012 until November 2015, when he resigned following massive street protests after the Colectiv club tragedy.

Ponta left PSD in 2018, after disputes with former party leader Liviu Dragnea and formed a new party - PRO Romania, which has managed to draw several PSD MPs to its ranks over the last year.

In August, Ponta convinced the leader of PSD’s junior coalition partner ALDE, Calin Popescu-Tariceanu, to leave the coalition and form an alliance with PRO Romania.