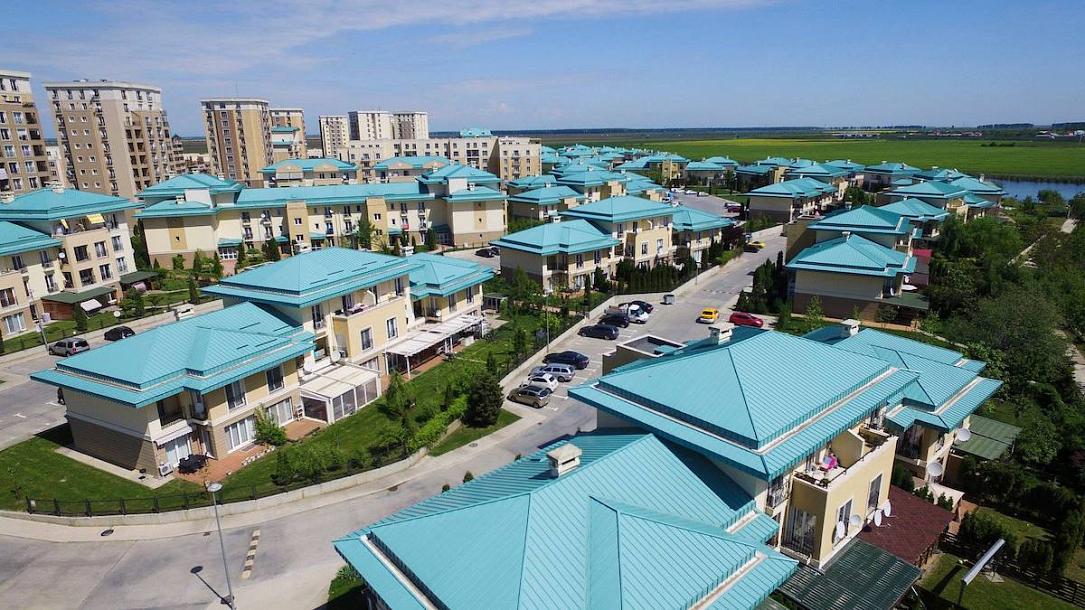 Some 7,000 new housing units and a school, to be donated to the state, will be added to the 3,100 housing units (villas and apartments) already built.

The volume of investments in the project to date is estimated at around EUR 300 million.

Cosmopolis residents can use private buses that run at regular intervals to the north areas of the capital. Future investment plans include upgrading the streets, building commercial spaces and recreational spaces.

The population living in the 82-ha residential complex, the largest in Romania, has reached 7,500. Some of the housing units have been purchased for investment and the yield is around 7.5% per year, Buyukhanli added.