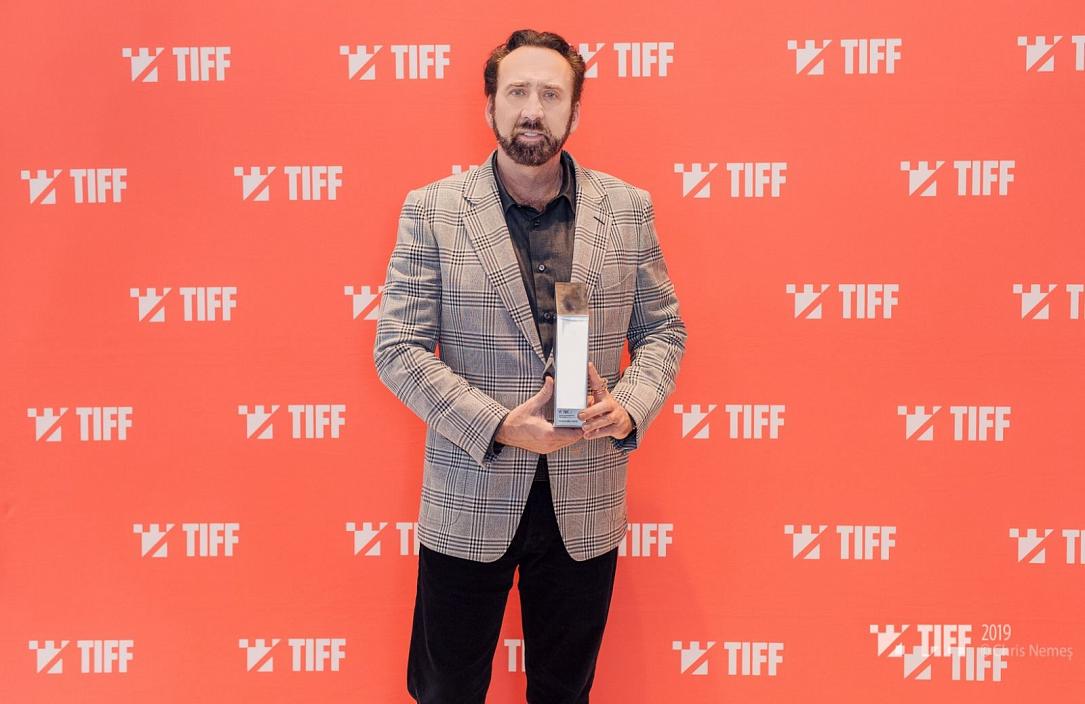 US actor Nicolas Cage received the Transilvania Trophy for his contribution to world cinema at the Transilvania International Film Festival (TIFF), currently ongoing in Cluj-Napoca, in western Romania.

“I am very happy to return here. You know I shot two films here: The Dying of the Light, directed by Paul Schrader, and Ghost rider, spirit of vengeance, directed by Mark Neveldine and Brian Taylor. Both were wonderful experiences, I am proud of these two films and this is why I wanted to come back. I always believed that each place has its spirit. And here, in Romania, I felt a very good spirit, that influenced my work positively,” Cage said, quoted by News.ro.

“It might be the effect of your country on my imagination, thanks to Bram Stoker and, of course, the history of Vlad Ţepeş or the experience of spending a night in the Castle of Dracula, in the Carpathian Mountains, I feel fully inspired here and I hope to make another film here,” he went on.

The Oscar-winning actor said he would keep the trophy he received on his nightstand and “when I’m feeling lonely, at 03:00 in the morning, I will think of my friends here in Transylvania,” he said.

The actor also delivered a masterclass at the festival, where he spoke about his technique, his relationship with Hollywood, the things that inspire him and his future projects.

“An actor’s first and greatest gift is imagination. The second is the ability to use the imagination and the strength to believe in it,” Cage said, speaking of his sources of inspiration him in time. He also confessed to not expecting to win an Oscar for this role in Leaving Las Vegas, a film his agent advised him not to participate in. Making films with the desire to win awards is a wrong premise, he explained. This is why he took, throughout his career, a variety of roles, in both blockbusters and in independent productions.