How popular is the monarchy restoration idea in Romania? 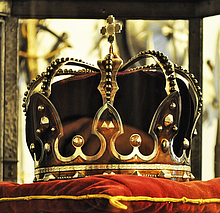 The idea of restroring monarchy is popular among Romanians. Now living in the republic of Romania, about 21% of the respondents to a survey would go for monarchy should a referendum on the form of government in Romania. be organized.

But over half - 62% -  would still vote for the republican option, according to an IRES survey. The survey's results were published just days before the King's Day celebration in Romania on May 10.

However, nearly two-thirds of the respondents believe that it would have been better if the monarchy was restored in Romania right after the 1989 Revolution which marked the fall of Communism.

Some 42% believe that the Royal House is involved in the public life just enough, whereas a similar percentage (45%) think that it should get more involved.

Some 85% of those who have heard about the Royal House believe that the institution is in good relations with Europe and other Royal Houses, while 82% think that its relationship with the Romanians is also good. About three quarters rate good the relation between the Royal House and the Presidency.

When asked to rate their view on the importance of the kings’ roles in history, the respondents listed King Michael I (an average of 8.36), and King Carol I (8.16) as top choices.

Whether they favor monarchy or not, Romanians surely know about King Michael I. The study  shows that 99% of Romanians heard about him, and more than half of respondents (54%) associate his name with the King of Romania title.

Romania celebrates the King's Day on May 10, but only 16% of respondents know this date and 12% say they celebrate this day. May 10 is a triple celebration in Romania: it marks the day the first king of Romania was crowned (May 10, 1866, Carol of Hohenzollern-Sigmaringen), as well as the start of the king's reign and the country's independence - gained in 1877.

The Royal House of Romania will organize a party in mountain resort Sinaia - the royal residence - to celebrate May 10.

King Michael of Romania, now 95, is currently ill. His eldest daughter Princess Margareta, the heiress, is currently the keeper of the Crown.

The IRES study was conducted on March 23-24 for Sinteza magazine, on a sample of more than 1,000 people.

Romania was a monarchy from 1866 to 1947, under four foreign kings: Carol I, Ferdinand, Carol II and King Michael. The latter had to abdicate in December 1947 after the Communist party rose to power in Romania.