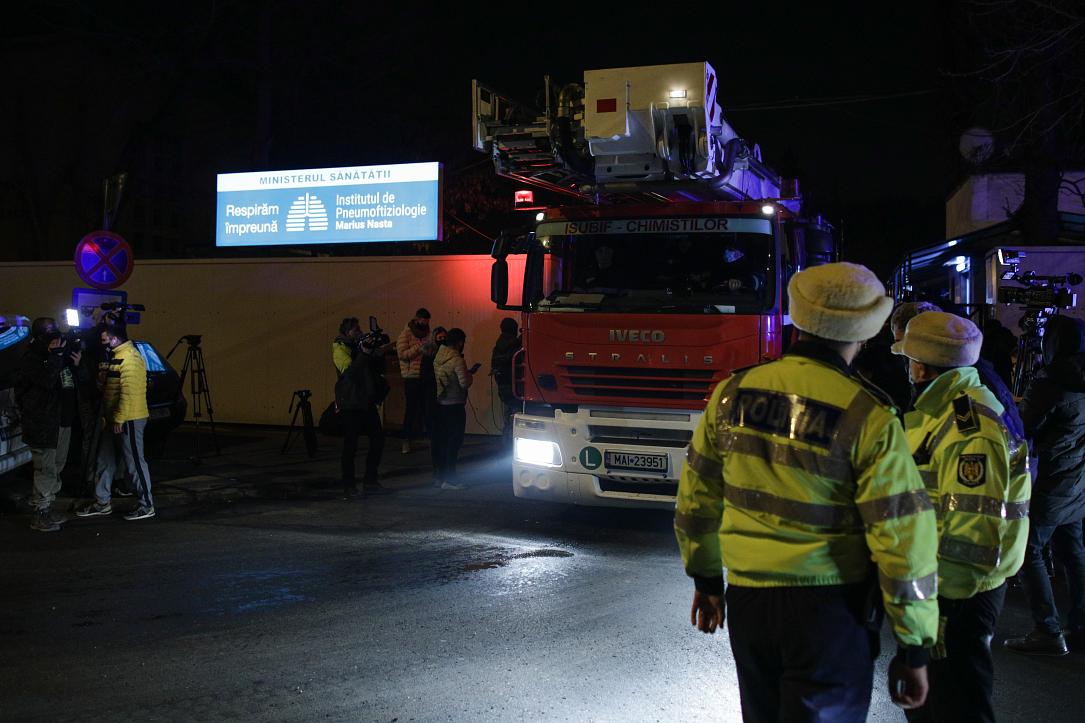 Firefighters and ambulances were dispatched to the Marius Nasta Institute in Bucharest on the evening of February 21 following a fire alert issued at the hospital's mobile intensive care unit after smoke starting coming out from an external ventilator. The hospital is one of several in the city treating Covid-19 patients.

There was no fire on the arrival of the firefighters, representatives of the Emergency Inspectorate Department said, quoted by News.ro. "When we arrived, we did not find any flames or smoke coming out; neither vapor nor smoke entered the area where the patients were in," an ISU representative explained.

The mobile intensive care unit has been in use since October of last year and had no issues before, the hospital's manager explained. She also said the hospital had a firefighter on staff, but he had been on leave for the past six months.

"It was a minor incident but a big scare. We have seven patients, all of them are fine. We have an impressive number of firefighters. No patient was in danger this evening; they were all transferred to the departments of Marius Nasta Institute," health minister Vlad Voiculescu said after visiting the site.

The emergency response units are checking on the causes of the incident, which comes after several hospital fires in just three months exposed the major deficiencies of the country's hospital infrastructure. At the end of January, five patients died in a fire at the Matei Bals Institute in Bucharest, one of Romania's largest hospitals that also treats Covid-19 patients. In mid-November last year, several Covid-19 patients died in a fire that destroyed the intensive care department of the county hospital in Piatra Neamt, in northeastern Romania.

Senator Diana Șoșoacă, recently excluded from the parliamentary group of the nationalist part AUR, went to the Marius Nasta Institute on the evening of the incident and questioned health minister Vlad Voiculescu about the events and asked him to resign.