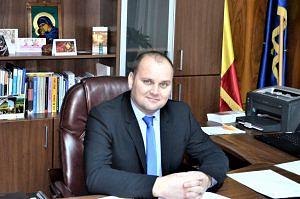 In the county of Maramureș, in northern Romania, on the border with Ukraine, the people’s movement restrictions will also apply during the day, the county’s prefect, Nicolae Silviu Ungur, told Digi 24 television station.

On March 21, the Government announced a new set of measures meant to limit the spread of the Covid-19 coronavirus, including restrictions on people’s movement outside their homes between 22:00 and 6:00, with only a few exceptions.

In Maramureș, the new measure applies beginning March 25 and until April 15. It comes after the local authorities noticed that people were not following the social distancing recommendations.

People will still be able to go shopping, at the pharmacy, and at work but the residents of the county will have to justify any going out between 6:00 and 22:00. Those who go out for work need to provide documents showing they are employed and the route they undertake.

People aged over 60 need to shop in the morning, until 11:00, and food retailers need to set up a special schedule for them, between 07:00 and 11:00. The county authorities also said they will identify people over 65 who have nobody to care for them in order to help them.

Maramureș is the first county in Romania to impose such restrictions during the day.

“This is the makeup of the citizens in our county, they want to meet up, they want to socialize, they do not want to be in groups smaller than 3. We have a problem from this point of view and we thought the risk was too high,” the prefect explained. He also said he heard people on the street calling the authorities’s warnings “fabrications.”

Previously, Gabriel Zetea, the president of the Maramureș County Council, asked the prefect to introduce restrictive measures in order to protect the residents of the county, which has the second highest number of people under quarantine or isolation after Bucharest.