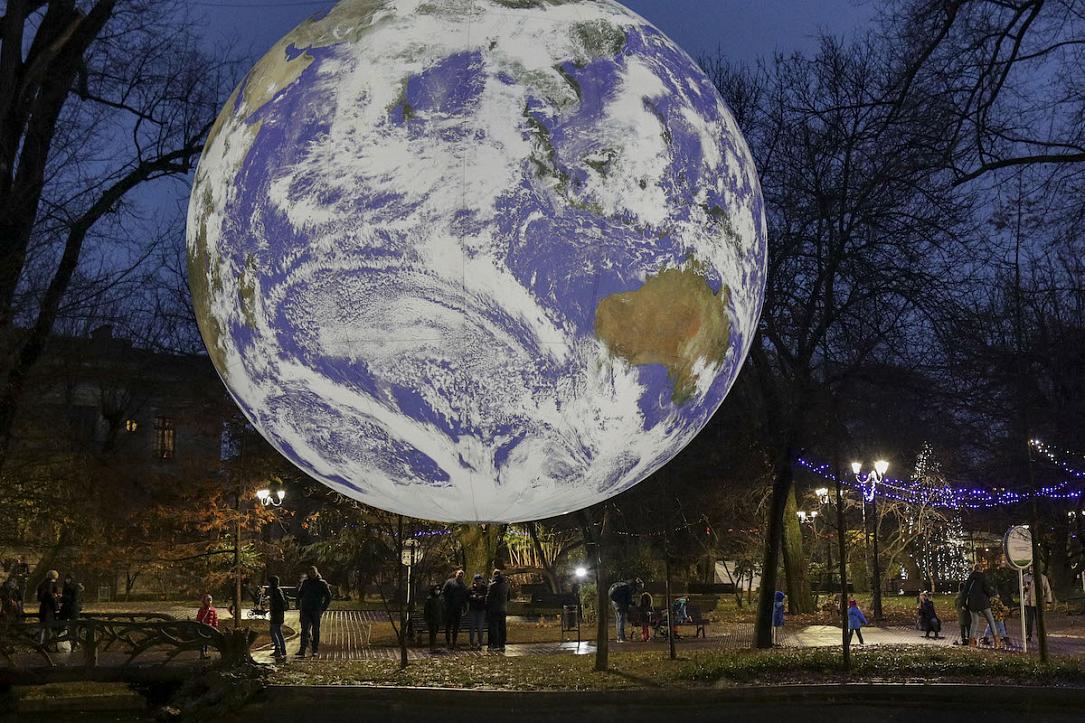 According to District 2 mayor Radu Mihaiu, locals and tourists can admire the nine installations until December 19.

Two of them, namely Gaia by Luke Jerram (opening photo) and We are here by Silviu Ciora, are located in Ioanid Park, while another two - Firefly Field and Social Sparkles, both creations of Studio Toer, are awaiting visitors in Obor Park.

A ninth installation, named Tunelul/The Tunnel and created by Silviu Ciora, can be found in the Tudor Vladimirescu Park.