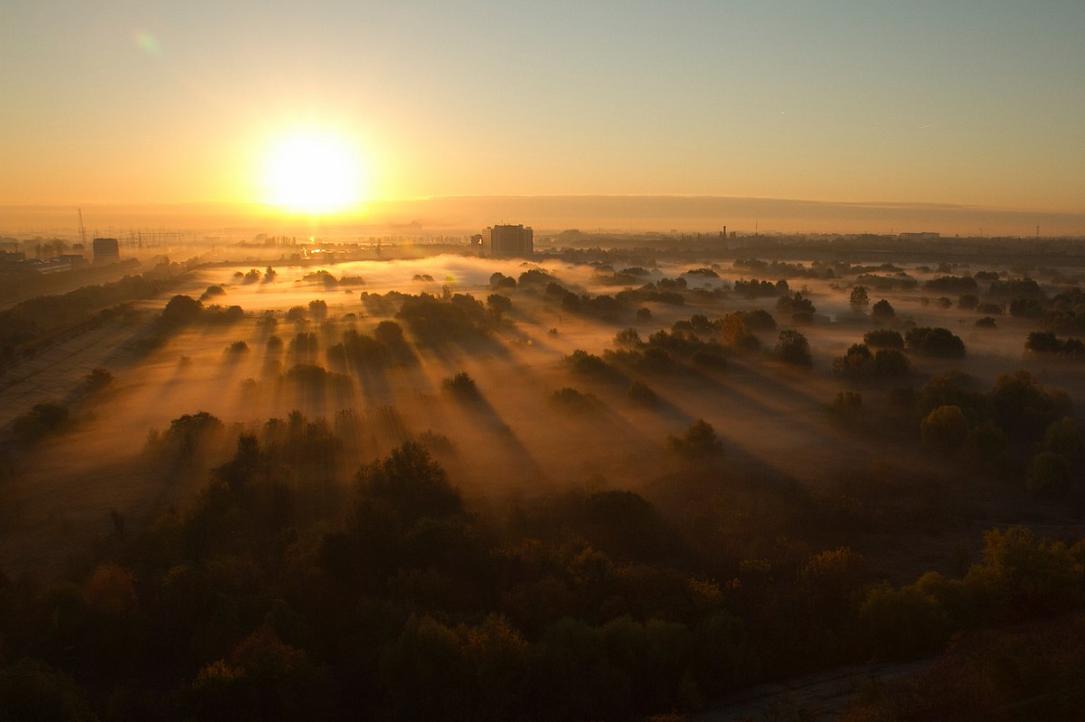 "The perfect sunrise does not exi… Isn't it incredible to have access to something like that just a stone's throw away from a subway station? It looks like special effects on a set, but that's what Văcărești looks like these days, in the mornings and on some afternoons," reads the message accompanying the photos.

The area surrounding the Văcărești Lake in Bucharest was declared a nature park with protected area status in 2016. Covering about 183 hectares, it is the first urban nature park in Romania.

The urban delta formed on the site of a former water infrastructure project of the communist regime, abandoned after the 1989 Revolution. The concrete dam surrounding the park still reminds visitors of the initial plans. Nature reclaimed this abandoned lake, transforming it into a green oasis for many species of birds, several mammals and reptiles, and many types of insects.