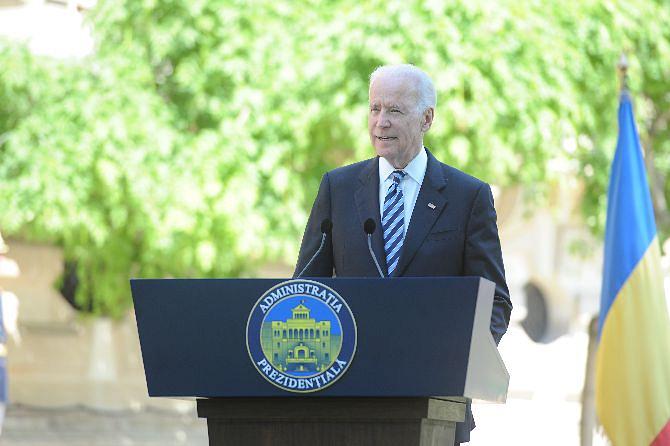 In a recent speech at a conference in Copenhagen, the former U.S. Vice President Joe Biden has criticized the “demagogues and charlatans” who use people’s fears to their benefit, pushing the blame on others.

He also gave countries in central and eastern Europe, including Romania, as examples of places where “institutions of freedom are slowly but determinately sanded down,” with each step being designed to “concentrate power in the hands of individual leaders.”

“Demagogues and charlatans step up to stroke people’s legitimate fears and push the blame always on the other. There always has to be a scapegoat. Now, it’s immigrants, outsiders, the others,” Biden said, adding that this is a storyline that “we have seen before.”

“Rather than some dramatic assault on democracy, however, ... our institutions and freedoms are slowly but determinedly being sanded down, little by little, each small step designed to curb institutional safeguards and concentrate power in the hands of individual leaders.”

“In Poland, the ruling party portrays checks and balances as impediments to achieving key national goals, and then uses that pretext to stack the courts with political appointees. Hungary’s leaders blame nefarious outside influences on the ills of Hungary’s society by holding up illiberal democracy as a model that best represents the interests of the common people in Hungary. The Romanian government portrays anti-corruption institutions as impediments to effective governance and argues the need to dismantle them to allow them to become more effective,” Biden said.

Earlier this month, the U.S. Secretary of State’s assistant for Europe and Eurasia, Wess Mitchell, praised Romania’s fight against corruption and said this should continue.