US Secretary of State assistant praises Romania’s fight against corruption 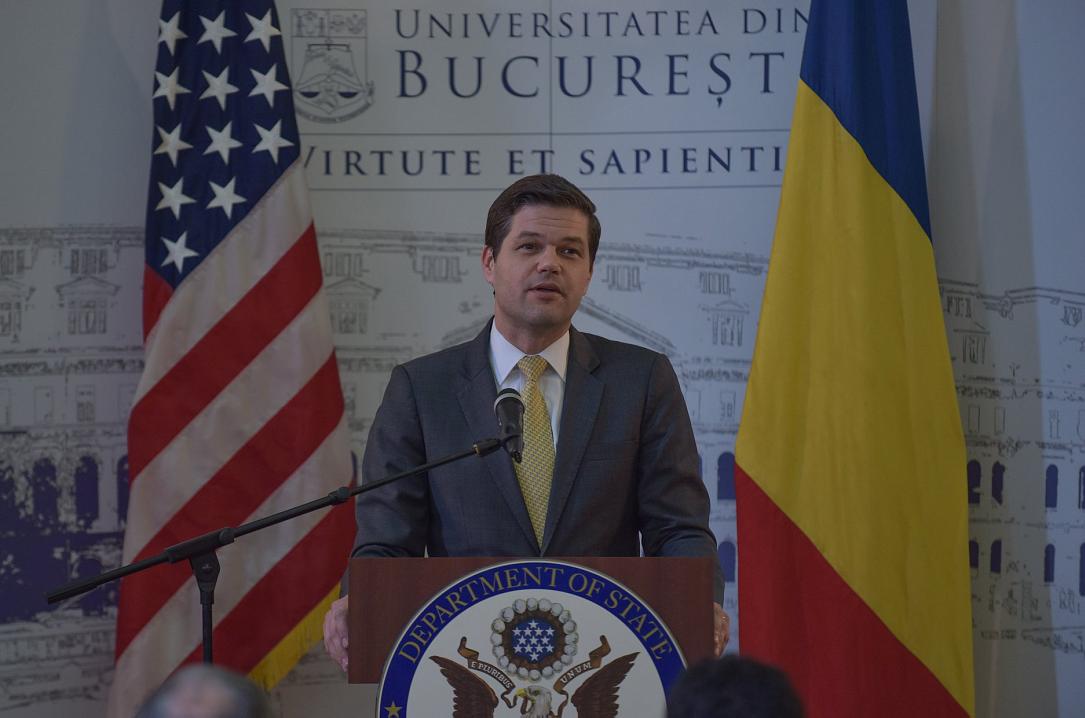 The US Secretary of State’s assistant for Europe and Eurasia, Wess Mitchell, praised Romania’s fight against corruption and said this should continue.

“The progress Romania registered in combating corruption is impressive. We applaud it and urge you to continue, because this way you can eliminate the vulnerabilities that hostile powers can use to undermine the state from within,” Mitchell said in a speech at the Bucharest University’s Law Faculty, quoted by News.ro.

He added that the anticorruption institutions are proof that Romanians are brave in defending the liberties they fought for in 1989.

Mitchell is in a two-day visit to Romania and today meets president Klaus Iohannis. His visit comes as the president is pressured into dismissing the chief prosecutor of the National Anticorruption Directorate (DNA) Laura Codruta Kovesi.

The US official also referred to Romania’s offshore legislation, which should be passed by the Parliament in the next period, saying that this should encourage investments in the Black Sea. He added that, by becoming a gas exporter, Romania can support Europe’s energy security on the long term.

US group ExxonMobil is involved together with local group OMV Petrom in the biggest offshore gas project in the Romanian Black Sea.