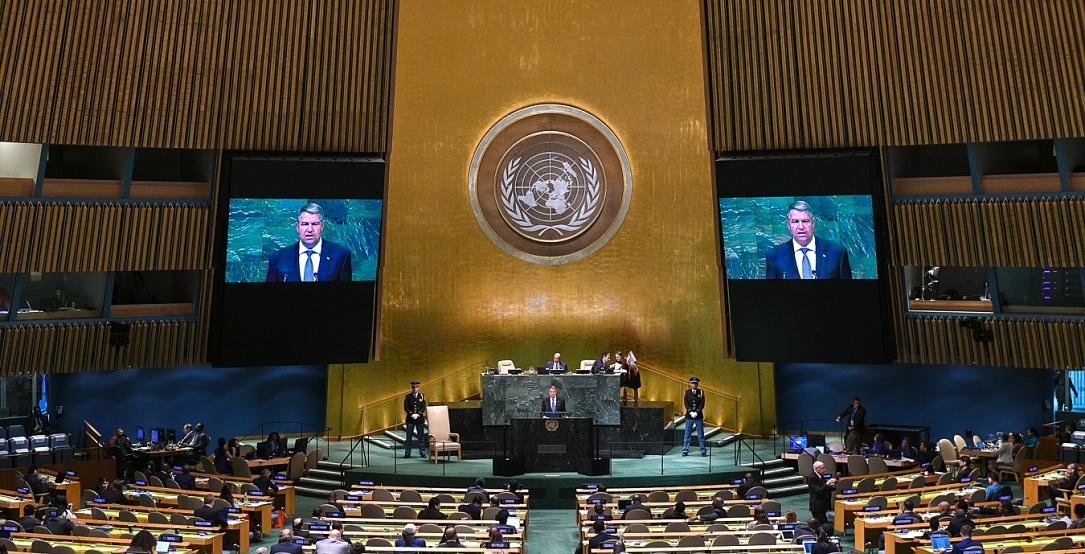 President Klaus Iohannis will lead, between September 24 and September 26, Romania’s delegation at the 74th session of the United Nations General Assembly, held in New York.

The visit will be “a good opportunity to reiterate the country’s commitment to multilateral governance in managing multiple global challenges,” the presidential administration explained.

President Iohannis will deliver a national declaration to the General Assembly on Wednesday, September 25. The same day, he will speak during the Leaders Dialogue 5 – Partnerships for Sustainable Development meeting.

He will also attend the high level political forum on the topic of Accelerating the Implementation for the 2030 Agenda for Sustainable Development. The forum is the first dedicated to the sustainable development objectives after the adoption of the 2030 Agenda in September 2015, the presidential administration explained.