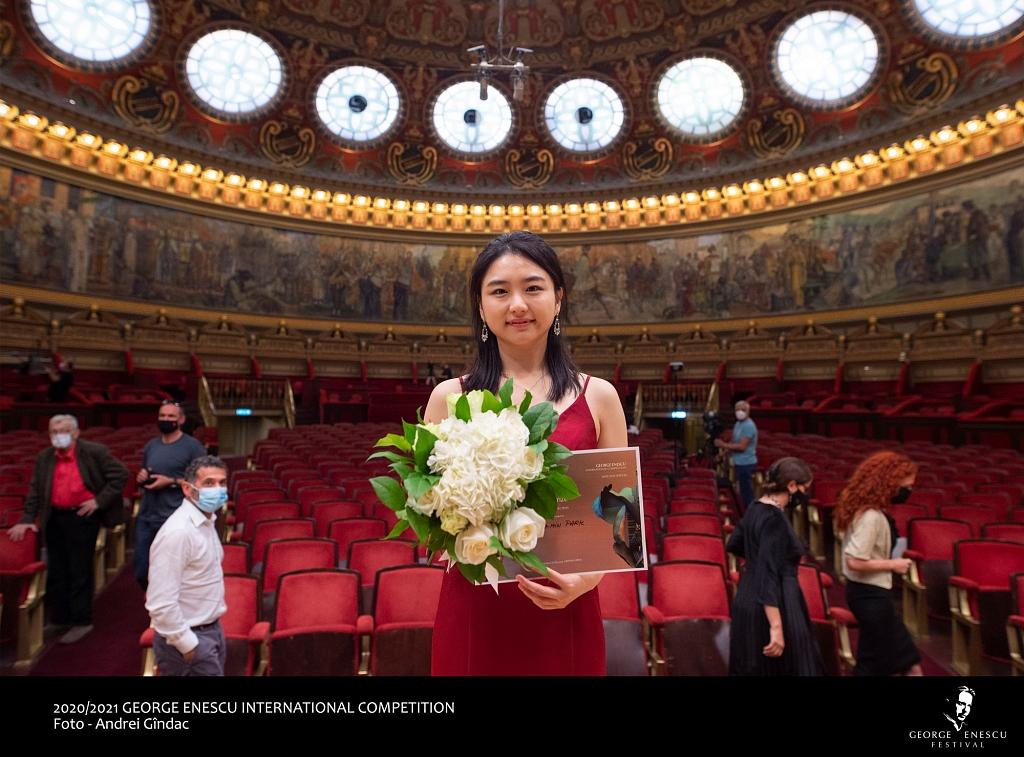 South Korean Yeon-Min Park (in opening photo) is the winner of the Piano Final of the 2020/2021 George Enescu Competition, held in Bucharest.

She was awarded the first prize following a performance of Rachmaninoff’s Piano Concerto No. 3 in D minor Op. 30. She was accompanied by the George Enescu Philharmonic Orchestra, conducted by John Axelrod. She also received a Special Mention from the jury for the best interpretation of an Enescu sonata in the Semifinals.

In the Violin Section, Romanian Valentin Serban won the grand prize with a performance of Sibelius’ Violin Concerto in D minor Op. 47. He was accompanied by the George Enescu Philharmonic Orchestra, conducted by Wilson Hermanto.