"Destination: Bucharest" – Out at the theater 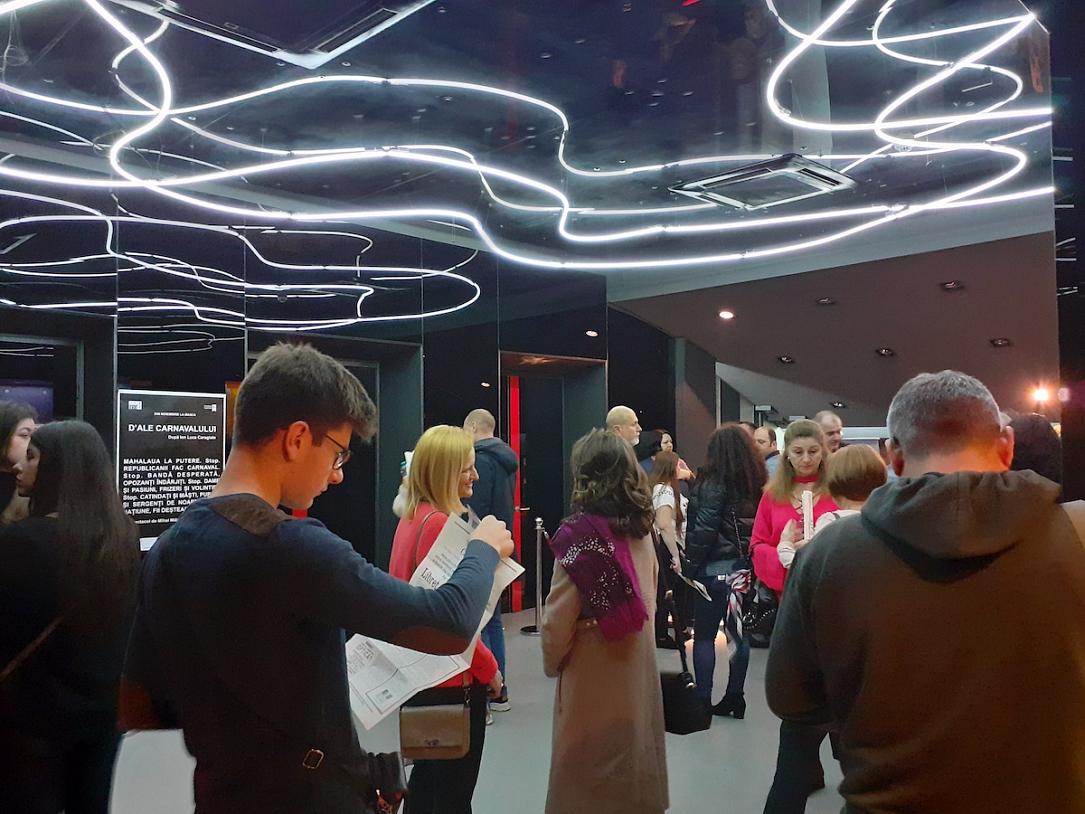 Over the past years, many alternative initiatives carved their place in the theater offer of the Capital. Original texts, current topics and novel reinterpretations – a tour of some of the theaters in the city reveals interesting performances.

We start with a production hosted by Apollo111, located close to the Cișmigiu Park. Opened at the end of 2016, the theater is hosted by Universul Palace, whose name is linked to one of the first and best-known newspapers in the country. The palace was refurbished recently, and the B part of the building, where the theater is located, now works as a hub for creative industries.

Coming from the Cișmigiu Hotel, we squeeze past the cars that stifle the sidewalk to get to the show: Medea’s Boys, directed by Andrei Măjeri. It is the Halloween evening and no more than 8 degrees Celsius outside. We scan the tickets and are invited to wait, either in the hallway in front of the performance hall or at the bar, which shares the same entrance hallway with the theater.

A book launch is about to start and the audience gathers in the hallway and inside the bar, where the red globe dominates the industrial-minimalist design. While waiting for the performance to start, a young couple, she and he, discuss recent experiences at other theaters in the city: “Depressing applauses”, “My mom went. The power went out.” We hope we won’t experience any technical surprises and, at eight o’clock sharp, we enter the performance hall to the sound of the Greek music that serves as background. On stage, one of the actors is changing his clothes behind the ship-shaped bar that will be part of the stage set.

One by one, the characters show up on stage – they are six of the Argonauts who accompanied Jason on the ship Argo in the quest to find the Golden Fleece. They meet five years after the famous expedition, look back on what has happened and update each other in a “guys’ night out.” We have in front of us Orpheus, who cannot get past the relationship with Eurydice, this time without a lyre, but with a bouzouki; Esculap (Asclepius), the owner of the Val Paraiso clinic, offering wellness and mindfulness programs and where, in two weeks, “you get back on your feet”; Euphemus, the owner of the tavern where the six meet; Trifos, a published author who quit drinking two years ago; and the brothers Gyros and Myros. In between shots, the recall the expedition that made them famous, make confessions revealing them as victims of abusive relationships and show their vulnerabilities, traumas and limitations.

The structure of the show combines fragments Medea by Euripides with the text written by Ionuţ Sociu, ancient and contemporary, in an itinerary that invites to reflection on a variety of topics: patriarchy and misogyny, migration, the foreigner (Medea is the “barbarian” outsider) or the stereotypes associated to the gender roles. Medea’s crimes intervene in the discussions of the protagonists, who question their attitudes and actions and start overcoming their machismo discourse. The contemporary, cool speech supports the comic in the performance, from astrological analyses (we find out that Orpheus is an “over-sensitive cancer”) to evaluations of what happened on board of Argo – “Without us, Mr. Jason would have kissed the little golden fleece good-bye.” Everything in a show that keeps the audience alert and connected throughout its entire duration.

We stay on the topic of relationships with the show Lemons. Lemons. Lemons. Lemons. Lemons, staged at unteatru. It is Saturday evening and the hallway in front of the performance hall fills up gradually, partly with couples. Maybe not by chance. The play, written by Sam Steiner and directed by Iulia Grigoriu, explores the mechanisms of a couple’s relationship in a dystopia that touches on topics such as free speech, the interference of the political in the private space or the limits of communication.

In order to get to the performance hall, we walk through the dimly lit bar, where jazz music plays in the background. The instruments are arranged on stage, waiting for a live concert, a few clients sit around the tables, while the bartender is arranging the glasses. Two friends are discussing their recent readings. Some of those who came for the theater performance stop by the bar, before the play starts. When the doors open, we are guided to the available seats.

The two protagonists are already on stage. They are Bernadette and Oliver, sitting inside a metallic frame that sets the stage apart and helps mark the various moments and phases of the action. The two met in a pet cemetery and seem to illustrate the story of the opposites that attract. She is a lawyer, slightly conventional; he is creative, composes music. Oliver’s previous relationship with Julie is still an issue with Bernadette, while Oliver is not exactly content with what Bernadette’s job entails.

The daily conversations, the intimacy, the little and grand tensions between the two are explored in a succession of scenes that are not presented chronologically. From time to time, the audience members became characters themselves. As the two protagonists enter or exit the stage and look for one another, they rely on the audience to find out what happened with the other- a device the public reacts to with openness.

The relation of the two gets event more complicated when the Government passes a law not allowing anyone to utter more than 140 words in one day. A look at the relationship of the two shows the moments of distancing or closeness and the communication – difficult, frustrating, possible-impossible – in a world where everyone needs to measure their words. The micro-universe of the relationship also serves as an opportunity to raise wider questions about democracy and civic spirit, to which everyone can attempt an answer.

The world of the political, this time with all of its local accents, is attended to in the most recent production of Mascatheater – D’ale Carnavalului (Of the Carnival), an adaptation after two of the plays of Ion Luca Caragiale: “D’ale Carnavalului” and “Conu’ Leonida față cu reacțiunea” (Mr. Leonida facing counteraction). The performance, directed by Mihai Mălaimare, is a non-verbal one, interrupted from, time to time, by Romanian-language songs – “from the slum, patriotic and love ones.”

Upon entering the theater, we receive the D’ale Carnavalului newspaper, where we find the libretto. Also here we find more about the director’s vision and we discover the historic context of the play with the help of other texts written by Caragiale, everything in a retro layout, dotted with advertising of the same type.

On stage, the world of the marginal neighborhood reveals itself with its dramas, love stories and treason. Mița Baston thinks of Nae Girimea, whose love interest extends to Didina Mazu. Nae misplaces the love letter received from Mița, which generates an entire series of confusions and unpredictable events. The scene of the carnival places a mask on the face of every character while lifting, symbolically, the mask that covers their true characters. The end brings the reconciliation and the collaborative refocusing on defending the neighborhood – a world reflecting current themes and attitudes.

Certain productions are presented with English surtitles, upon request. Check the logistic details at the secretariat or ticket office of the theater. Many theater festivals taking place in Bucharest invite international theater companies to showcase their productions here, another opportunity to see performances in English. As far as the children’s repertoire is concerned, Coquette Theater also showcases performances in English and German.

Medea’s Boys and D’ale Carnavalului are not recommended for those under 16. 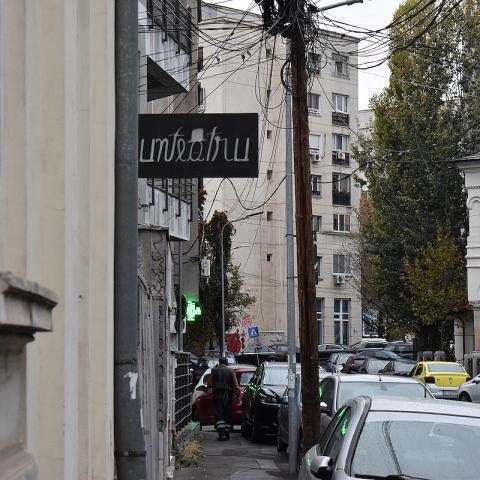 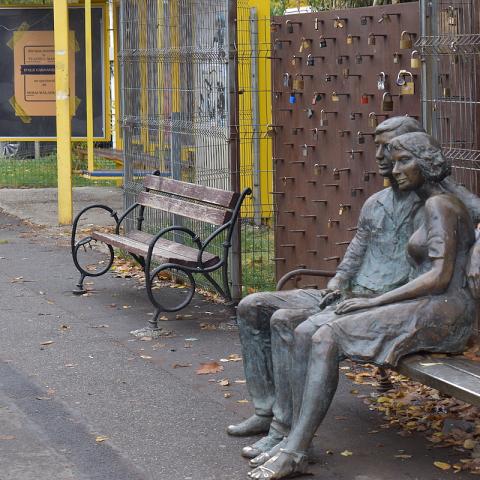 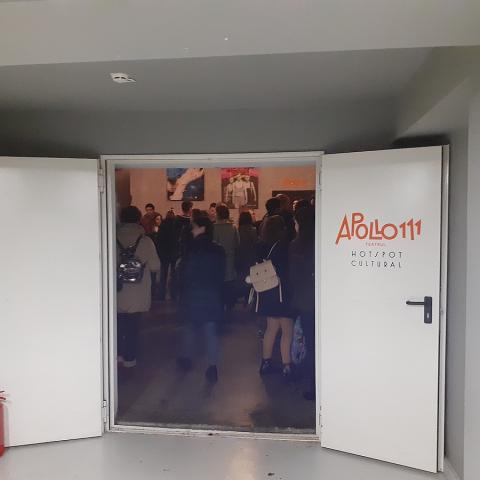 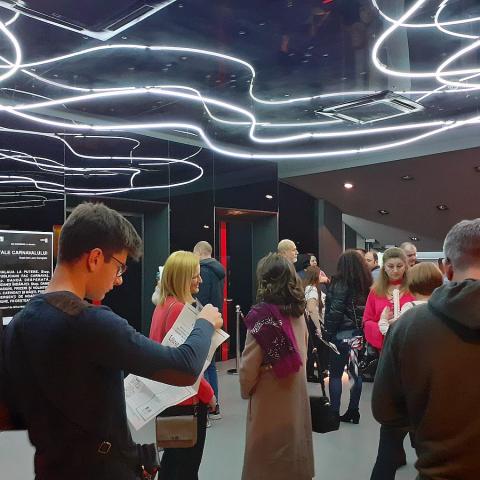 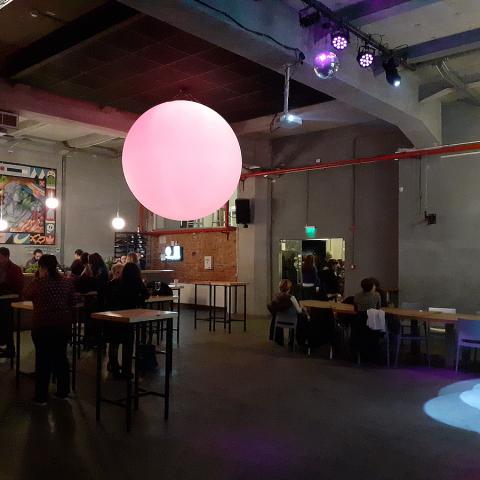 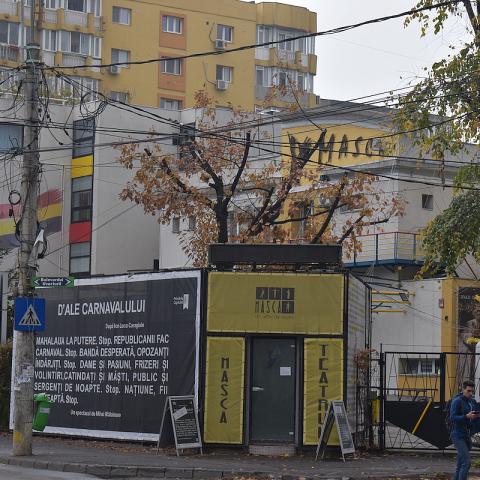