Skip to main content
Social
Coronavirus in Romania: Wizz Air announces that quarantine measures have been expanded to those coming from regions of Germany, France and Spain 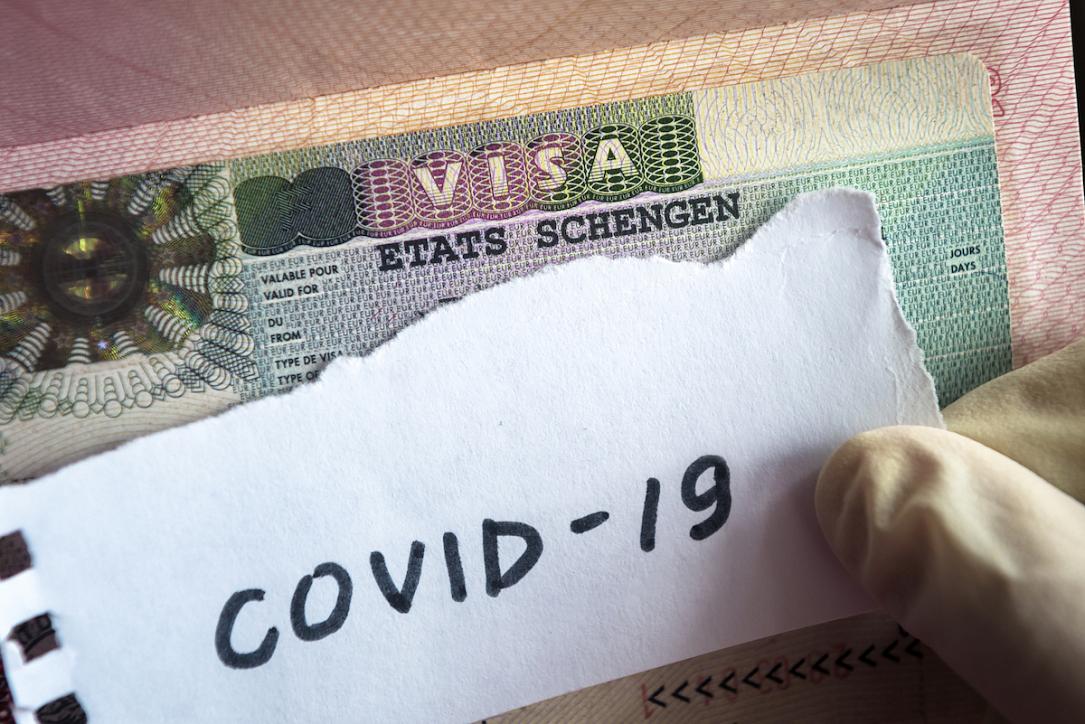 Update: Wizz Air came with another press release a few hours after the first one saying that the list of countries and regions included in the red zone with a high risk of coronavirus can be found here.

Initial news: While the Romanian authorities have been contradicting themselves in the last 24 hours about adding new countries to the red and yellow zones affected by the coronavirus epidemic, which also translates into restrictions for the people who come from these areas (quarantine or isolation at home), Wizz Air announced in a press release that the red zone was indeed expanded and now includes regions in Germany, France and Spain, alongside the whole of Italy.

The red zone incudes the countries or region with high numbers of confirmed coronavirus cases. According to the measures enforced by the Romanian authorities, all the people who enter Romania coming from those areas will be quarantined.

“Starting March 11, 2020, the Romanian authorities have implemented measures aimed at curbing the coronavirus epidemic. These measures will remain in effect until further notice. Passengers traveling from high risk areas (red zone) will be quarantined for 14 days in special centers when they arrive in Romania. This applies to passengers traveling from all over Italy, China’s Hubei province, certain areas of South Korea, the Hauts de France, Ile de France, Grand Est, Bourgogne Est Comte and Auvergne Rhones Alpes in France, the Baden Wurttemberg regions, Bayern and Nordrhein Westfalen from Germany and the Madrid region from Spain,” Wizz Air announced, attaching the following list: 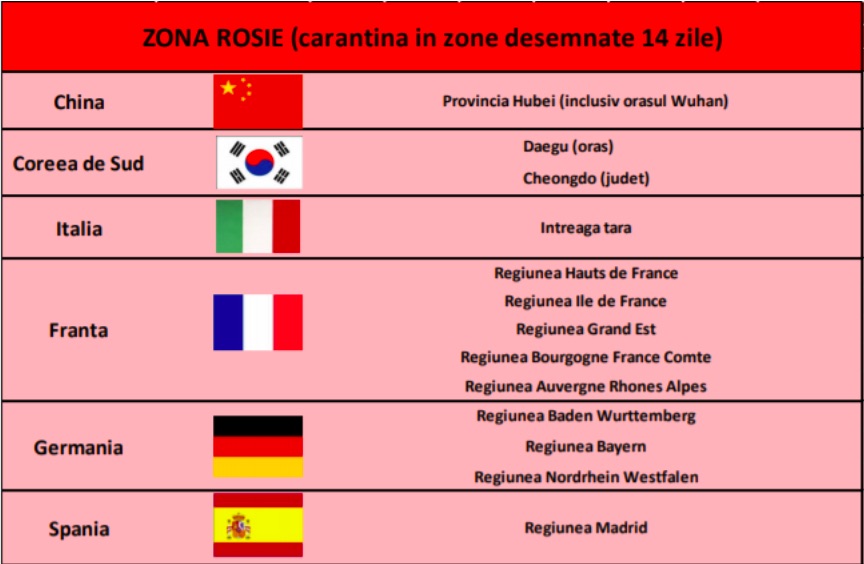 Many flights to and from Germany were cancelled on Wednesday without prior notice.

If you want to share your experience related to quarantine/isolation in Romania or any other problems related to traveling to and from Romania, please write to us at [email protected]