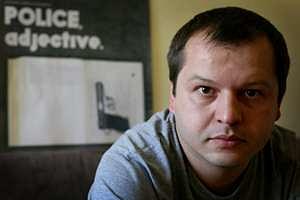 Romanian director Corneliu Porumboiu has begun shooting the feature film Gomera, the first production he is filming both in Romania and abroad.

The film tells the story of a police officer who arrives on the Spanish island of La Gomera to learn the whistled language El Silbo, used by the inhabitants of the island. He also has to free Zsolt, a controversial businessman arrested in Bucharest.

The filming started on February 18 and will last until the end of April, in Bucharest and in La Gomera.

“The film is centered on a potential use of the ancient language El Silbo in a world where communication has become increasingly controlled, with a direct conflict between the verbal and the non-verbal,” Porumboiu explained.

The film received financial support from the National Cinema Center and Eurimages. It will enter local cinemas in 2019.

Gomera is a production of 42 KM FILM, in co-production with Les Films du Worso (France), Komplizen Film (Germany) and Arte Grand Accord. Marcela Ursu is the producer, Patricia Poienaru is an executive producer, and Sylvie Pialat, Benoît Quainon, Janine Jackowski, Jonas Dornbach and Maren Ade, the director of the 2016 film Toni Erdman, are co-producers.

Porumboiu’s 2006 feature film debut A fost sau n-a fost?/ 12:08 East of Bucharest received the Caméra d’Or debut award at the Cannes film festival and the Label Europa Cinémas distribution award. In 2015, his feature Comoara/ The Treasure received the A Certain Talent Prize of the Un Certain Regard section of the Cannes festival.