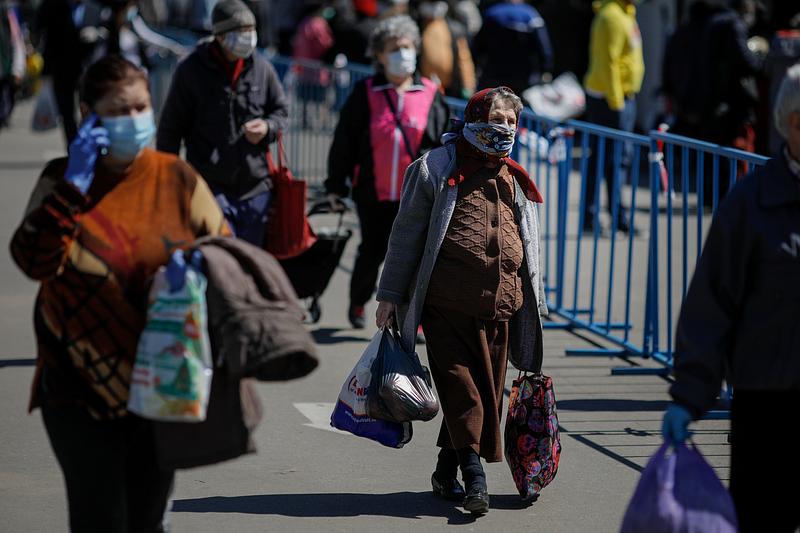 Several additional restrictions apply in Bucharest starting Tuesday, October 20, after the rate of Covid-19 infections exceeded 3 per 1,000 inhabitants over the past 14 days. The measures are in place for the next two weeks.

Wearing face masks is mandatory in all indoor and outdoor public venues, including for children older than five.

Schools move to online learning, while nurseries and after-schools can remain open, according to an order of the Education, Health, and Labor ministries. Universities enjoy autonomy and can decide themselves on their activity.

The Bucharest Prefecture initially announced on Monday, October 19, that nurseries and after-schools would also close but revised the announcement on the evening of the same day. A spokesperson of the Prefecture said the initial communication was due to a “material error,” News.ro reported.

Prime minister Ludovic Orban had announced on Monday morning that nurseries and after-schools could remain open. Education minister Monica Anisie called the situation “unbelievable” and said talks were held with the Prefecture since last week.

In a press conference on October 19, president Klaus Iohannis also criticized Bucharest prefect Gheorghe Cojanu for how the local authorities handled the coronavirus situation in the capital.

“It is hard to understand why, even though we have seen an increase in cases in the capital, no coherent plan was communicated in clear terms, to allow the residents to prepare. The attitude of the prefect and the way he reacted are unacceptable and cannot remain without consequences,” Iohannis said.

Government sources told News.ro that PM Orban has plans to dismiss the Bucharest prefect. Interior affairs minister Marcel Vela explained that the ministry would evaluate the activity of the Prefecture.

Bucharest recorded 581 new coronavirus cases on October 19, out of the total 2,466 new cases reported in the country on the same day. More than 10,000 coronavirus patients are admitted to hospitals in the country, 757 of them to intensive care units.